Following the submission of a planning application for the demolition of an existing ‘barn’ and construction of three new dwellings on land at 1 Brewery Mount, Ulverston, Cumbria, Greenlane Archaeology was commissioned to carry out an archaeological building recording.

The early history of the site is uncertain, primarily because the address ‘Brewery Mount’ was not used until the late 19th century, but it is likely to have formed part of land belonging to the adjoining brewery and maps show a property on the site from at least 1832, which was labelled as a ‘Fire Engine House’ in 1852. A larger structure is shown in the later 19th century, which was enlarged in the early 20th century. The census returns and other records indicate that it was occupied by a cabinet maker by the late 19th century, then a blacksmith, and latterly a coal merchant.

The building recording revealed the surviving remains to be relatively complex, with no evidence of the early 19th century building surviving. The earliest arrangement of the extant building had large open sections to the north-west and north-east supported by substantial timber beams and an iron post at the corner. These were later filled in and the building enlarged to the north-east with another open-fronted outshut supported on iron columns and a small structure with a fireplace. It seems likely that the building was originally constructed as a timber workshop, the open areas to allow large timbers to be brought in and worked with plenty of ventilation and an upper floor spanning the whole length of the building with a high-level loading door at one end to enable the storage of timber. The later open-fronted extension was probably to allow steam-powered machinery to be installed; there is no evidence it was ever used as a blacksmith’s forge. Later additions were relatively minimal, but initially included internal alterations to accommodate the stabling of horses and later the blocking of windows and a doorway on the south-west side, probably after the construction of the roundabout in Tank Square.

The structure represents an unusual survival of a minor industrial building that saw a range of uses and related alterations and has retained much of its original fabric. 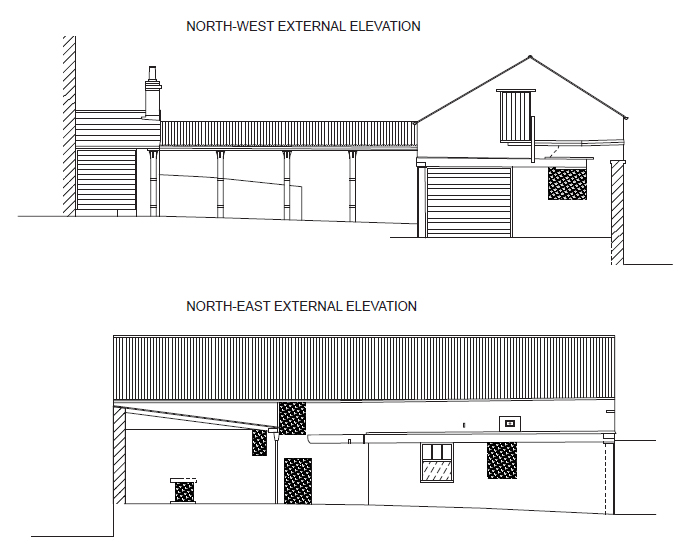 External elevations viewed from the courtyard 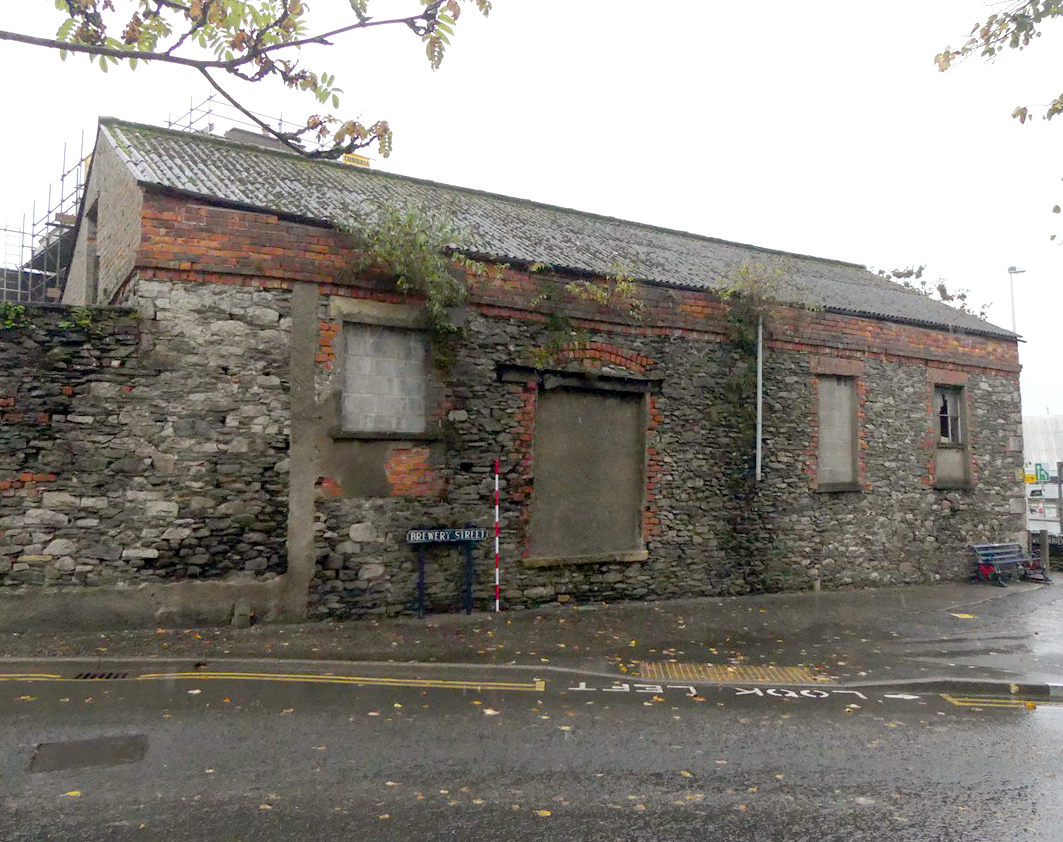