A Level 3 building recording was carried out prior to the demolition of the Grade II listed former Presbyterian Church, School Street, Barrow-in-Furness. The building was built to the designs of Paley and Austin and constructed by the local contractor William Gradwell. The original plans were submitted in December 1873 and, following a considerable period of discussion and negotiation by the committee of the Presbyterian Church and the construction of a lecture hall on another part of the same site, building work began in January 1874. Despite a number of late proposed alterations, the church was completed in time for opening in July 1875. There are few sources describing any changes to it in the following century, but by 1971 reorganisation of the local Presbyterian Church led to its closure. Following its closure in the 1970s all of the interior fittings were evidently removed and some alterations were made including the addition of a new staircase and blocking of windows. After that it was used as a warehouse before being badly damaged in a fire in 2005 which left only the external walls surviving intact and destroyed much of the internal, timber, fabric. The date of the addition of a toilet block to the east corner is uncertain. Following the fire most of the remaining windows and doors were blocked or sealed and the building fell into ruin.

The full report is available on the Archaeology Data Service website: https://archaeologydataservice.ac.uk/archiveDS/archiveDownload?t=arch-700-1/dissemination/pdf/greenlan1-133298_1.pdf 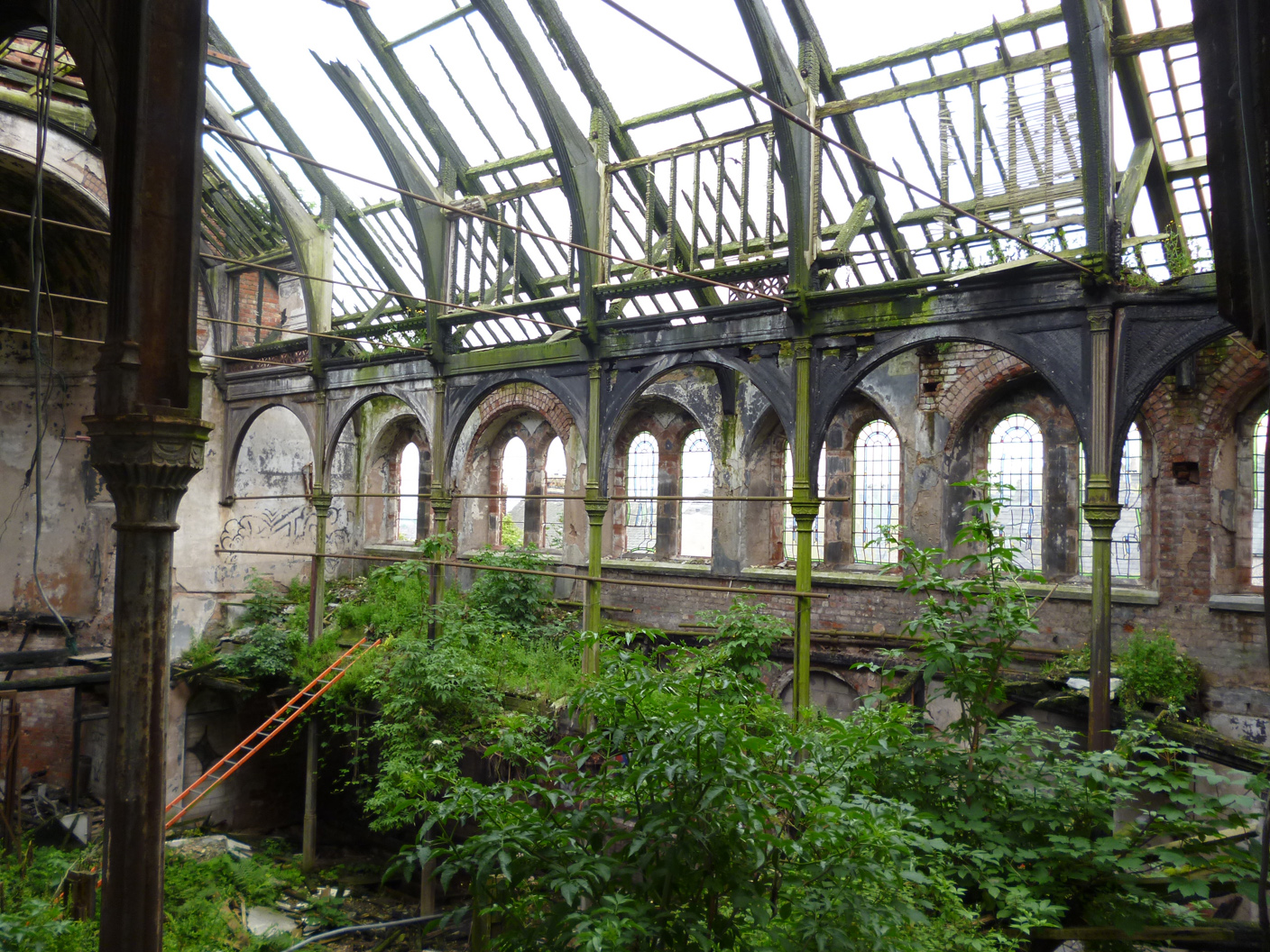 Arcade along south-east side 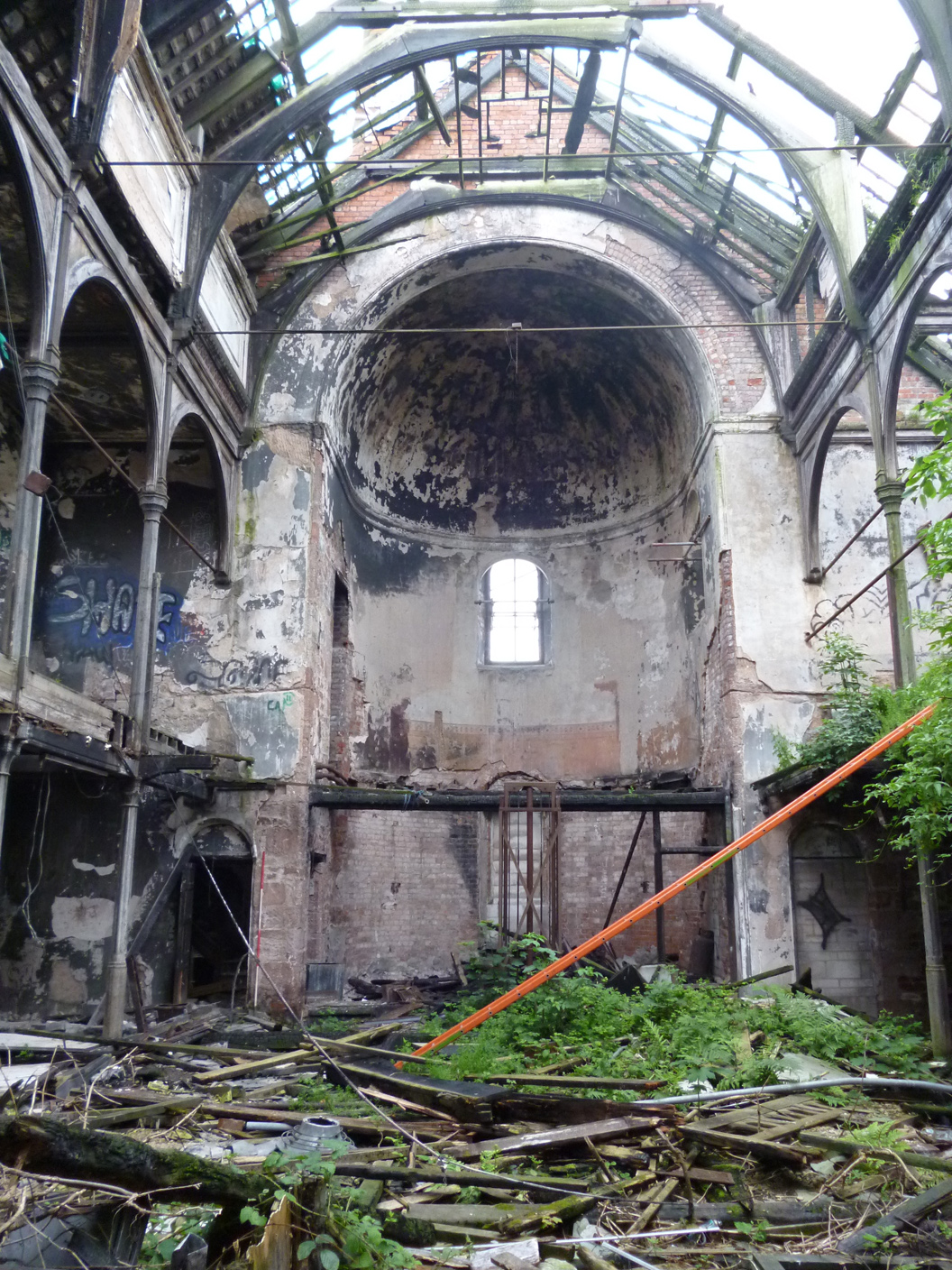 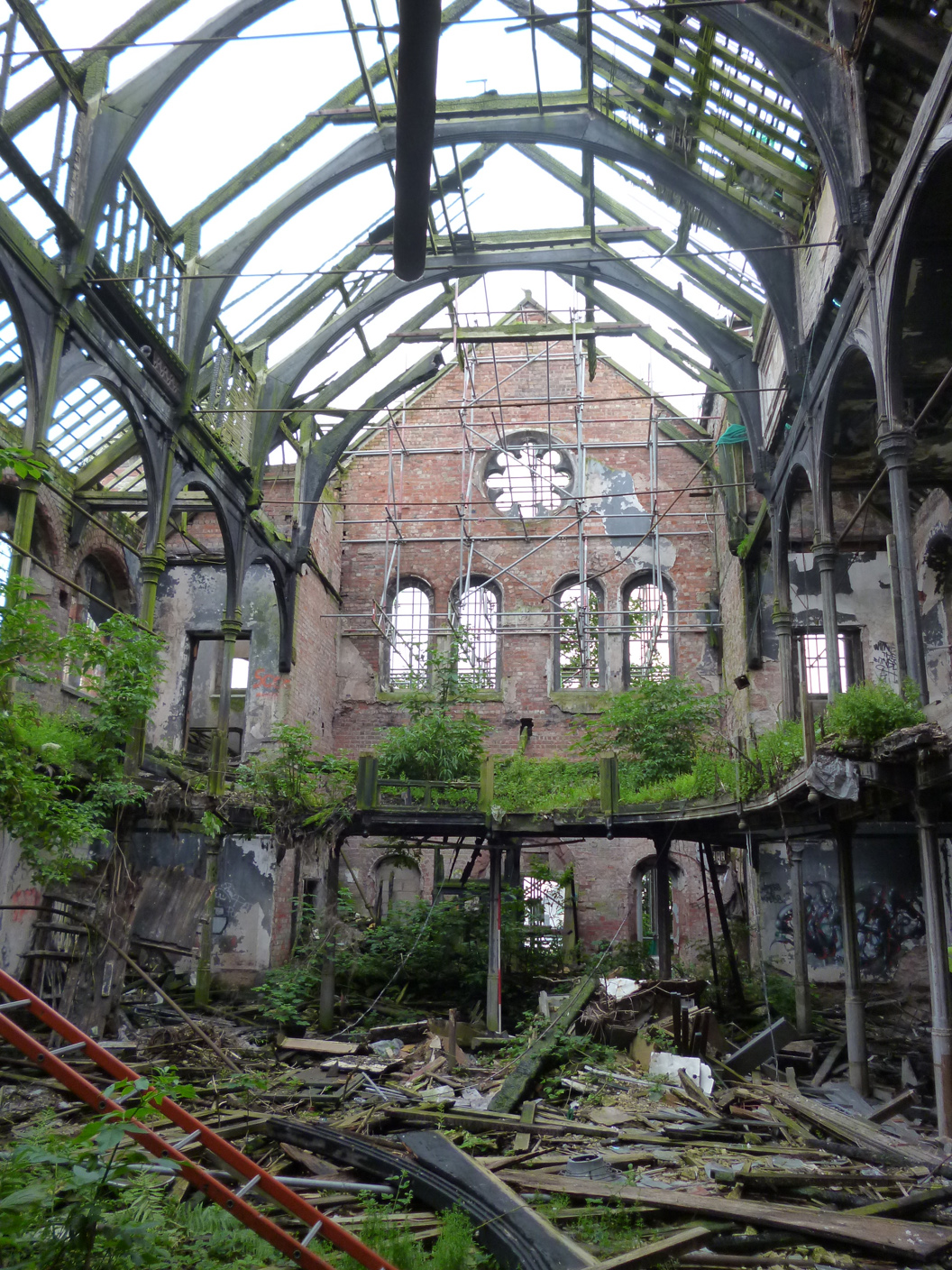 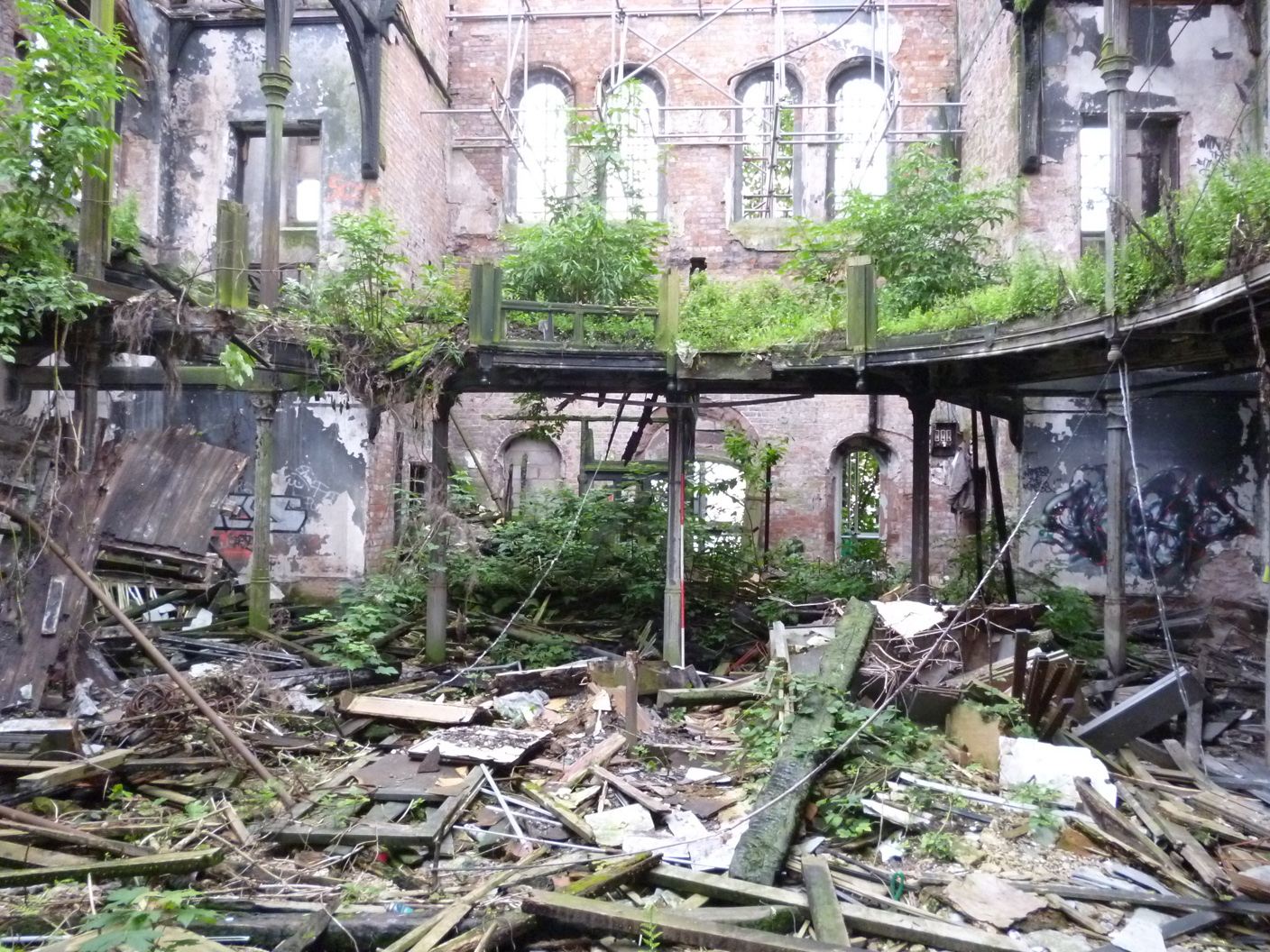 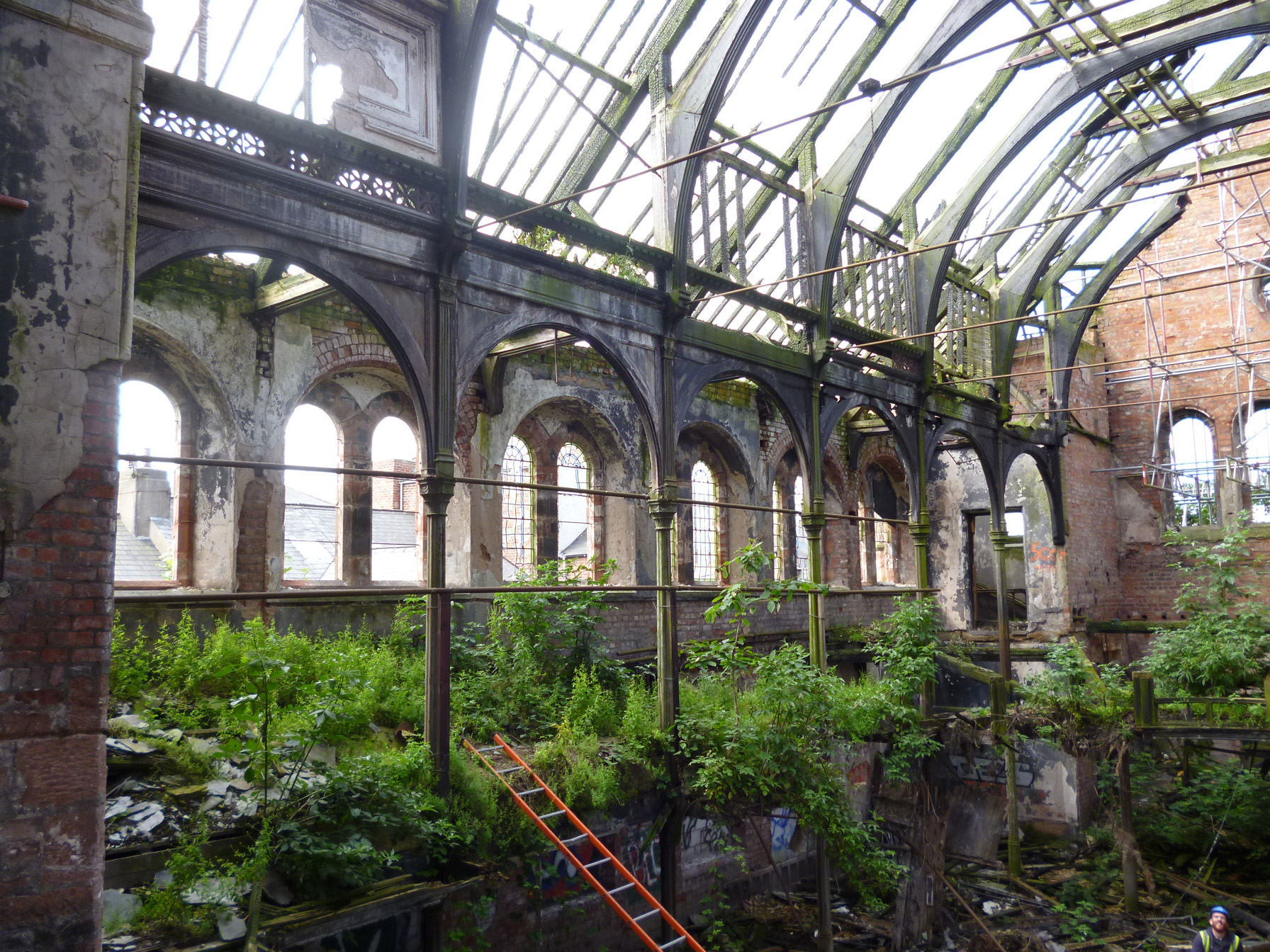 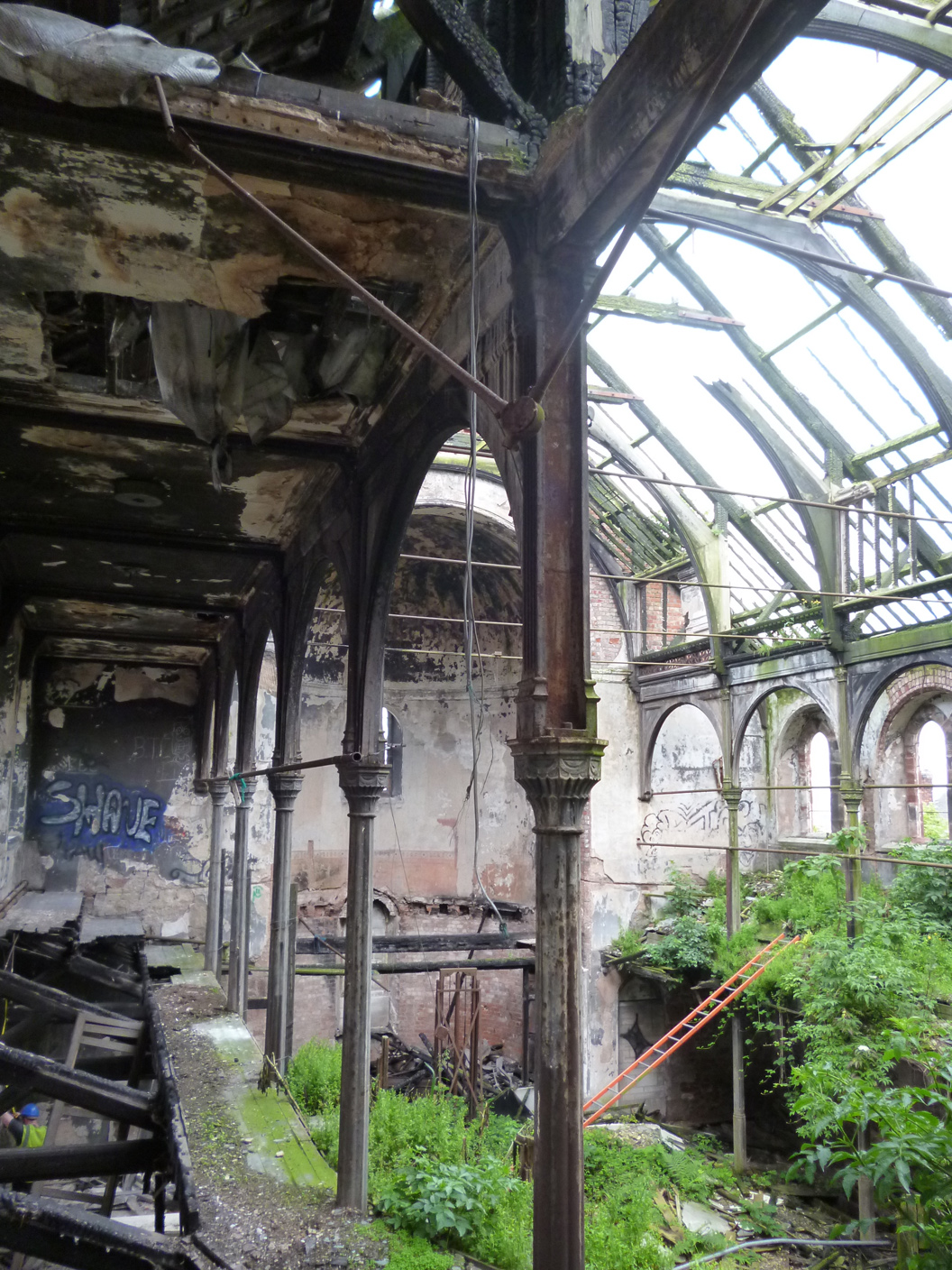 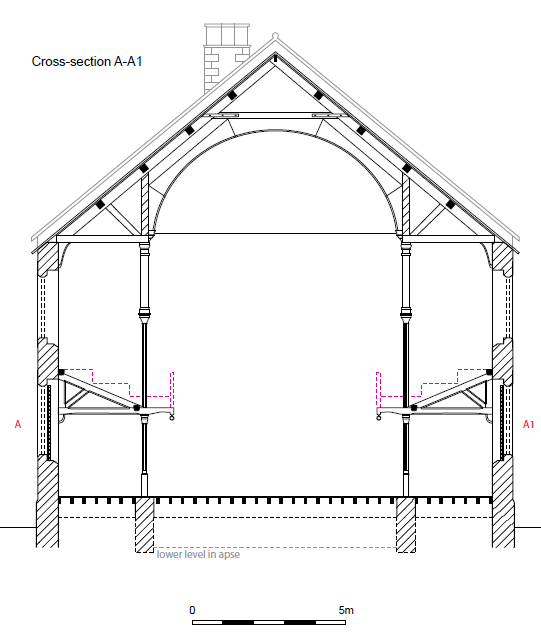 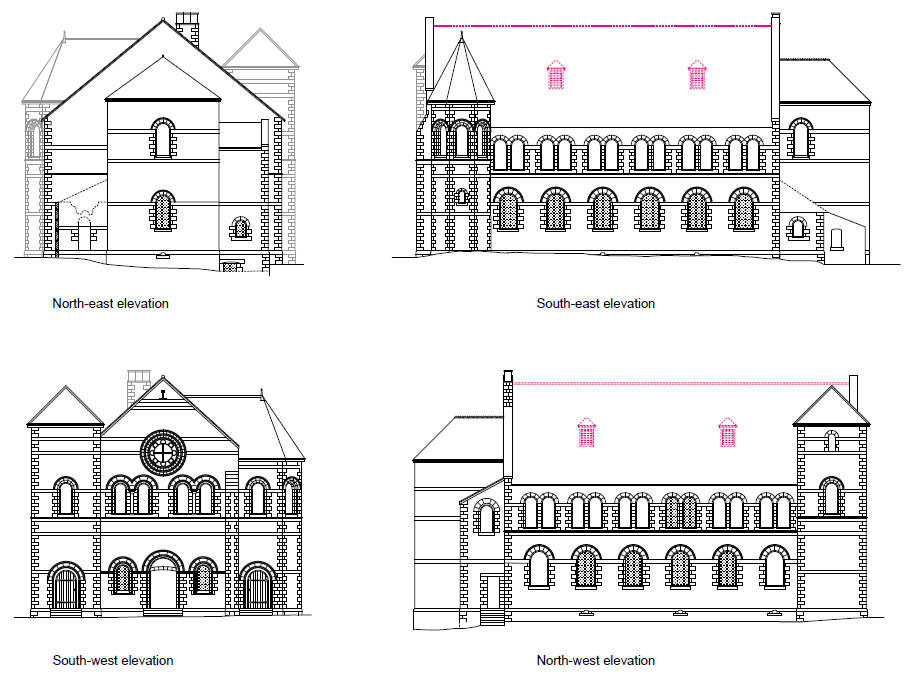