Prior to the proposed of refurbishment to Oxford Chambers, 102 Abbey Road, Barrow-in-Furness, Cumbria, a programme of archaeological recording was requested. The building is Grade II Listed and forms part of a larger block of similar style and date, comprising the Duke of Edinburgh Hotel and 104 Abbey Road, the latter of which also recorded prior to refurbishment.

The entire block is thought to have been constructed in 1875 by William Gradwell to the designs of Howard Evans, the town surveyor. Available documentary sources revealed that although plans for the adjoining buildings were deposited with the Town Hall in 1874, these did not include Oxford Chambers. However, it is assumed on stylistic grounds and the type of bricks used that it was built at the same time. It is known to have been used to house the first higher grade school in the town between 1880 and 1889 prior to the construction of the grammar school, although part of it was also used for a grocer’s shop for at least some of this period. It was subsequently occupied by a number of businesses and organisations, in particular Winder and Co, fancy goods retailer, and J Dempster, wholesale tobacconists. In the later 20th century it was home to several other businesses; an adjoining property (number 100) was constructed in the late 1930s and the local area suffered some extensive bomb damage shortly afterwards during the Second World War. By at least 1991 the adjoining building had become a social club, and in this year it was knocked through on the ground floor into 102, from which point the lower floors effectively formed part of the social club and the upper floors were left unused and became increasingly derelict.

The full report is available on the Archaeology Data Service website: https://archaeologydataservice.ac.uk/archiveDS/archiveDownload?t=arch-700-1/dissemination/pdf/greenlan1-102675_1.pdf 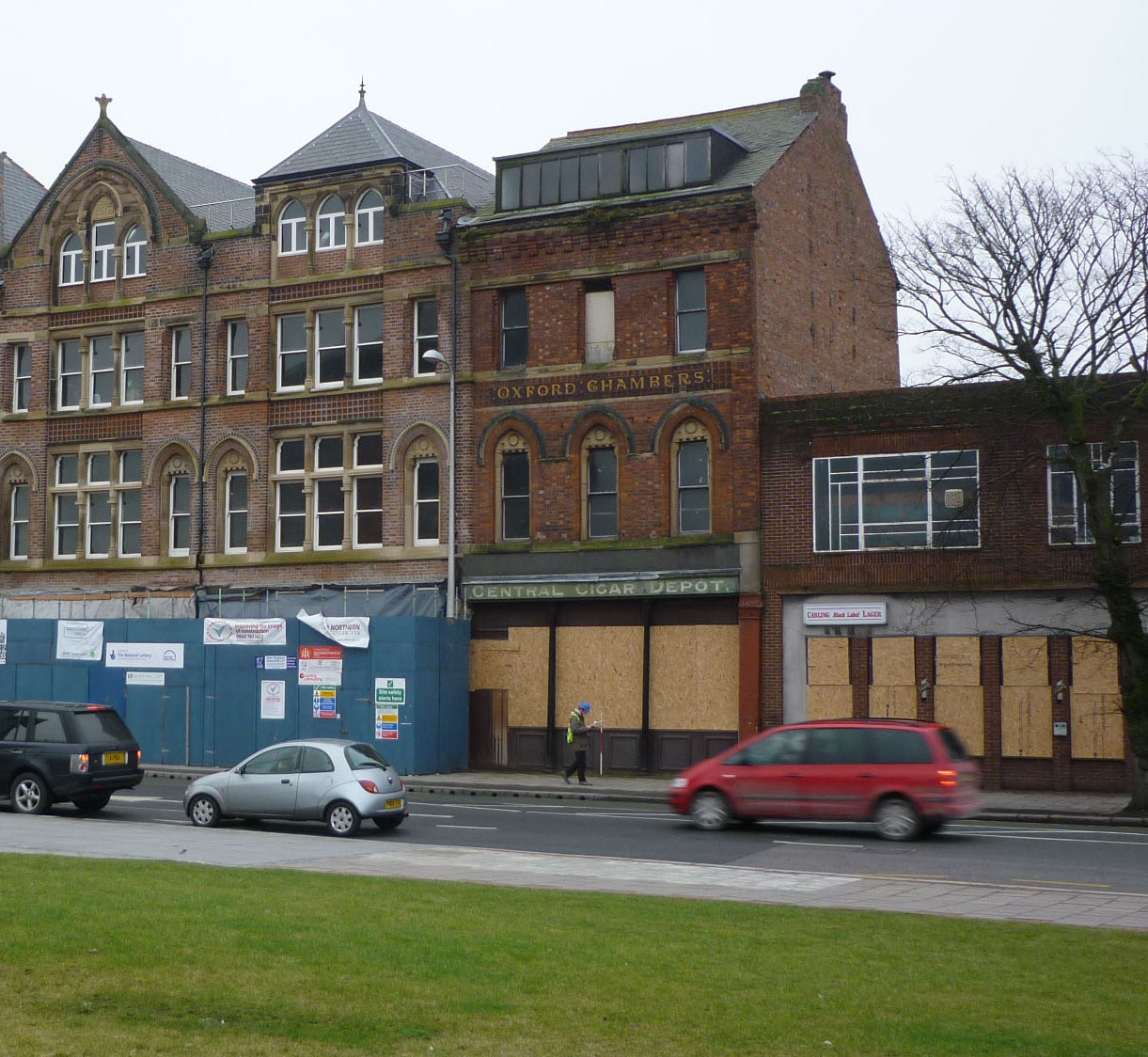