Two windows, the unstable east gable chimney stack, and a raised dormer section were recorded ahead of their removal and the subsequent rebuilding/alterations to the roof at Skipton Building Society, 15 Market Square, Kendal, Cumbria. The building was probably constructed in the 18th century and appears to be depicted on plans of the town from 1787 onwards. The building recording revealed that the chimney was constructed on timber corbels creating a cantilevered structure. This form is often associated with the presence of smoke hoods, although in this case there were clearly flues set within the thickness of the wall and, although examples of smoke hoods have been found set over several floors, they would be unlikely in a building of this form and date. The form of the trusses suggests that the building was re-roofed in the early 19th century. In the late 19th or early 20th century a row of dormer windows was added in the south pitch and the truss within the attic space was modified by the truncation of the king post and addition of a new collar to make the attic more accessible. At the same time the fireplace within the attic was also probably added. During the late 20th century the attic largely fell out of use, the fireplace was dismantled and the windows were covered. 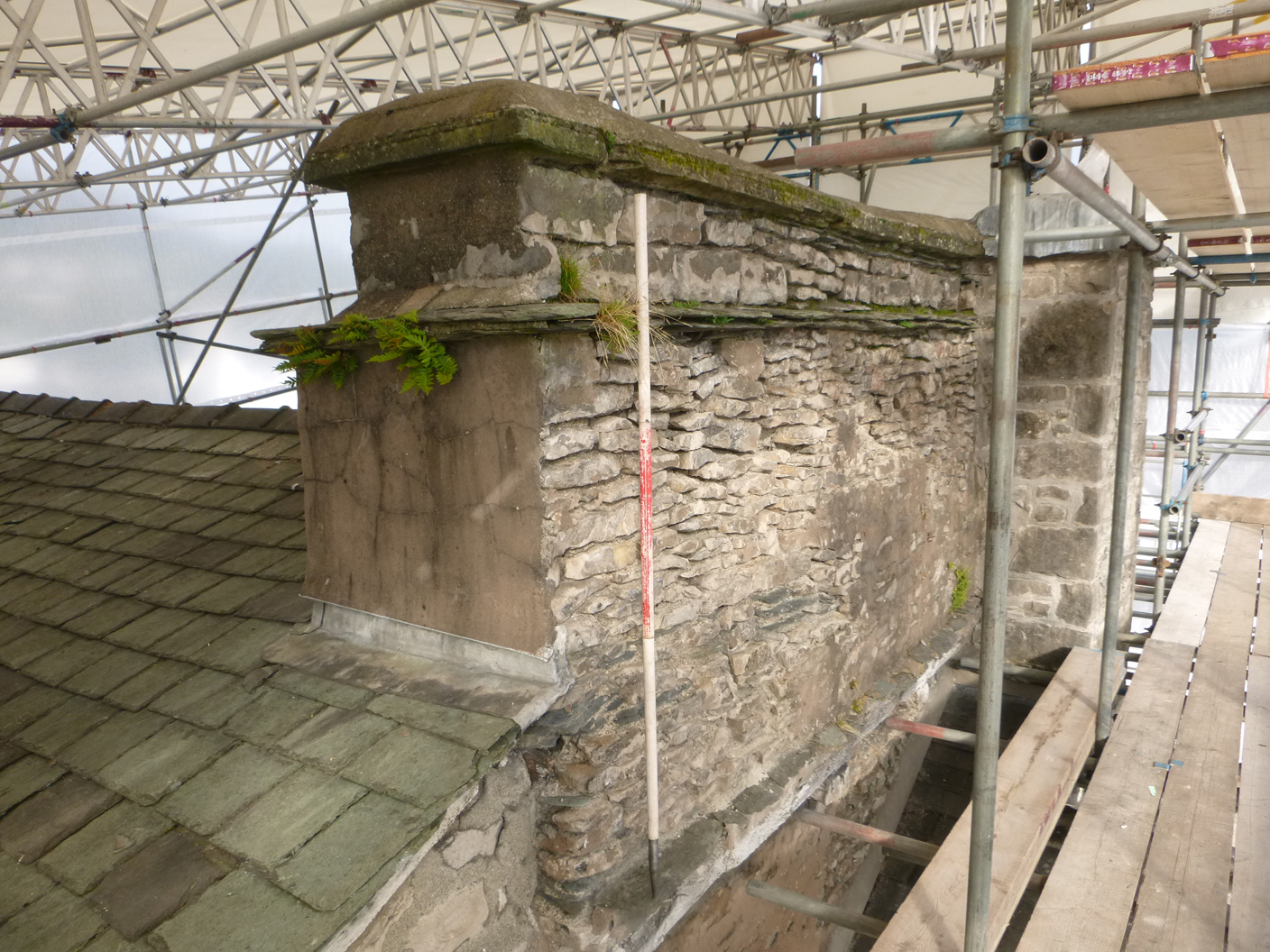