A planning application was submitted for the construction of a new dwelling at 18 Harmony Hill, Milnthorpe, Cumbria. Following a recommendation by Cumbria County Council Historic Environment Service, an archaeological planning condition was placed on the planning consent by South Lakeland District Council. The work required a rapid desk-based assessment and 25 square metres of evaluation trenching. A project design was produced by Greenlane Archaeology and following the acceptance of this the desk-based assessment and evaluation were undertaken in February 2008.

The excavation of two evaluation trenches revealed a single 17th/18th century pit and a thick cultivation soil. This subsoil also contained pottery and other domestic refuse of 18th and 19th century origin suggesting the land was first developed at that time. An enclosure map of 1803 shows the plot to be at the rear of four cottages, which have subsequently been demolished. It would now seem likely that the cottages were constructed as early as the beginning of the 18th century.

A marked clay tobacco pipe stem, manufactured by Thomas Marsh and dated to the first half of the 18th century, was recovered from one of the evaluation trenches. A sample of the fill of the pit mentioned above contained very small residual fragments of medieval pottery dated to the late 15th to early 16th century.

The full report is available on the Archaeology Data Service website: https://archaeologydataservice.ac.uk/archiveDS/archiveDownload?t=arch-700-1/dissemination/pdf/greenlan1-40456_1.pdf 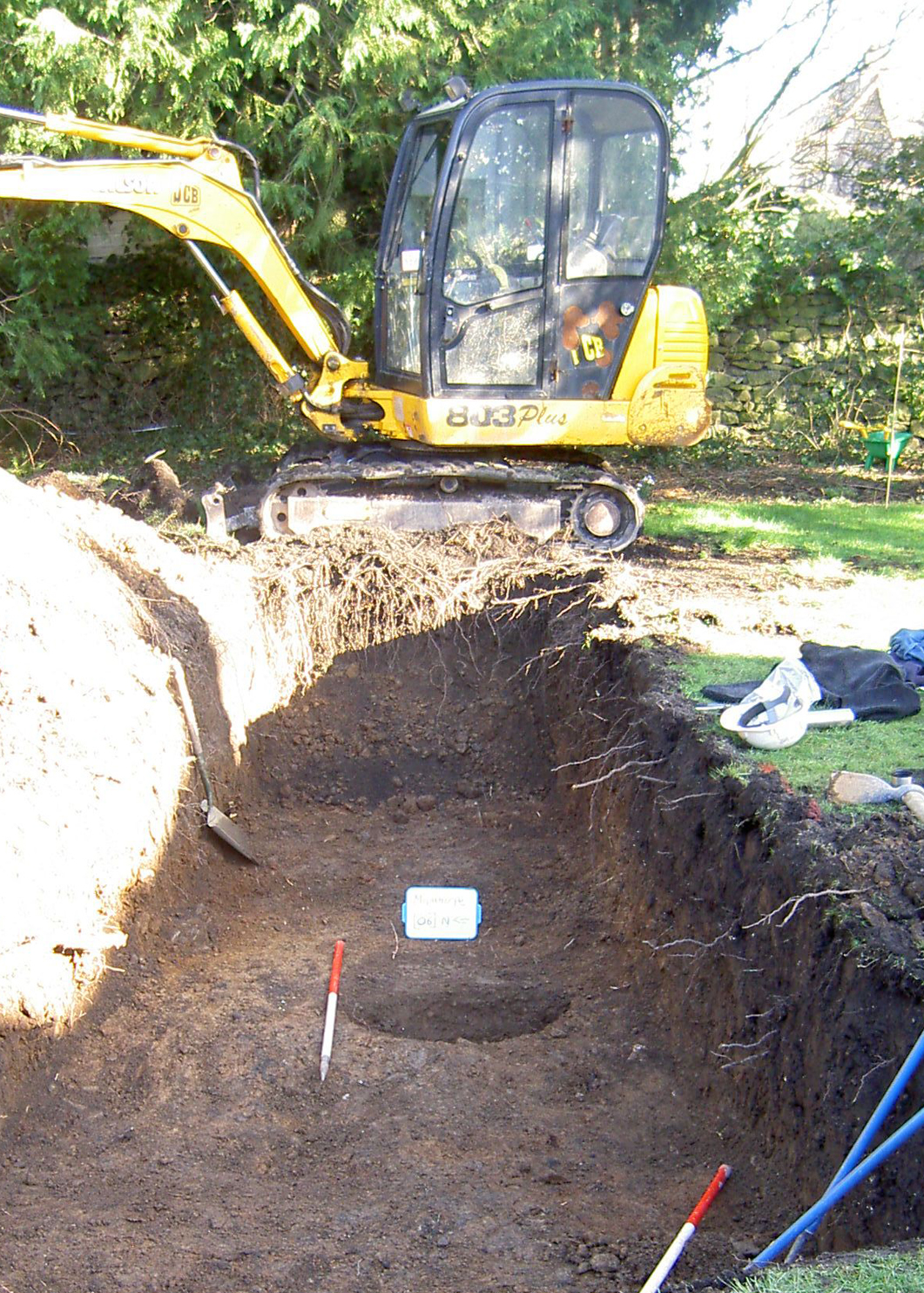