Following the submission of a planning application to redevelop a Grade II Listed barn at 22 Market Street, Flookburgh, a request was made by Fiona Clark, at South Lakeland District Council, that a Level 3-type archaeological building recording be carried out prior to the commencement of any building work. The well-preserved and original appearance of the barn is considered of special historical and cultural significance and it was given listed building status in 1970.

Market Street first saw development from at least 1786 although it had probably formed one of the main elements of the medieval village. The current layout of the barn and its associated outbuildings, very much as they stand today, is evident on the Ordnance Survey map of the area from 1851, and it is recorded that members of the Helme family owned the site and the adjoining house during the late 19th and early 20th century. The datestone above the wagon doorway fronting onto Market Street indicates that this typical bank barn was built in 1839, although the meaning of the initials is not certain. A road now passes to the north of the barn, which is at a higher level than the courtyard to the rear; the shippon was accessed through a sloping passage which passed under the east end of the building.

The barn was ostensibly original with only minor alterations to the interior. The main change was the partitioning of the west end of the barn during its use as a fire station in the mid-20th century although all the internal partitions had since been removed. Although the main barn had recently been re-roofed, many of the original features of the building were still intact, such as the heavy timber lintels above the old oak doors, the threshing floor, and the stonework construction, all of which appear to be original. The stalls in the shippon were also still in situ.

The outbuildings were similarly constructed and were probably built at around the same time as the main barn, although their exact date is unknown; it is perhaps of interest that the timbers used in the roof supports of the garage had been re-used, presumably from a defunct building nearby. The small barn to the south was clearly built in two distinct phases, with an L-shaped extension added to the south which partially overbuilt the original square-shaped building. This small barn had also seen minor recent alterations with modern brick work.

The full report is available on the Archaeology Data Service website: https://archaeologydataservice.ac.uk/archiveDS/archiveDownload?t=arch-700-1/dissemination/pdf/greenlan1-71122_1.pdf 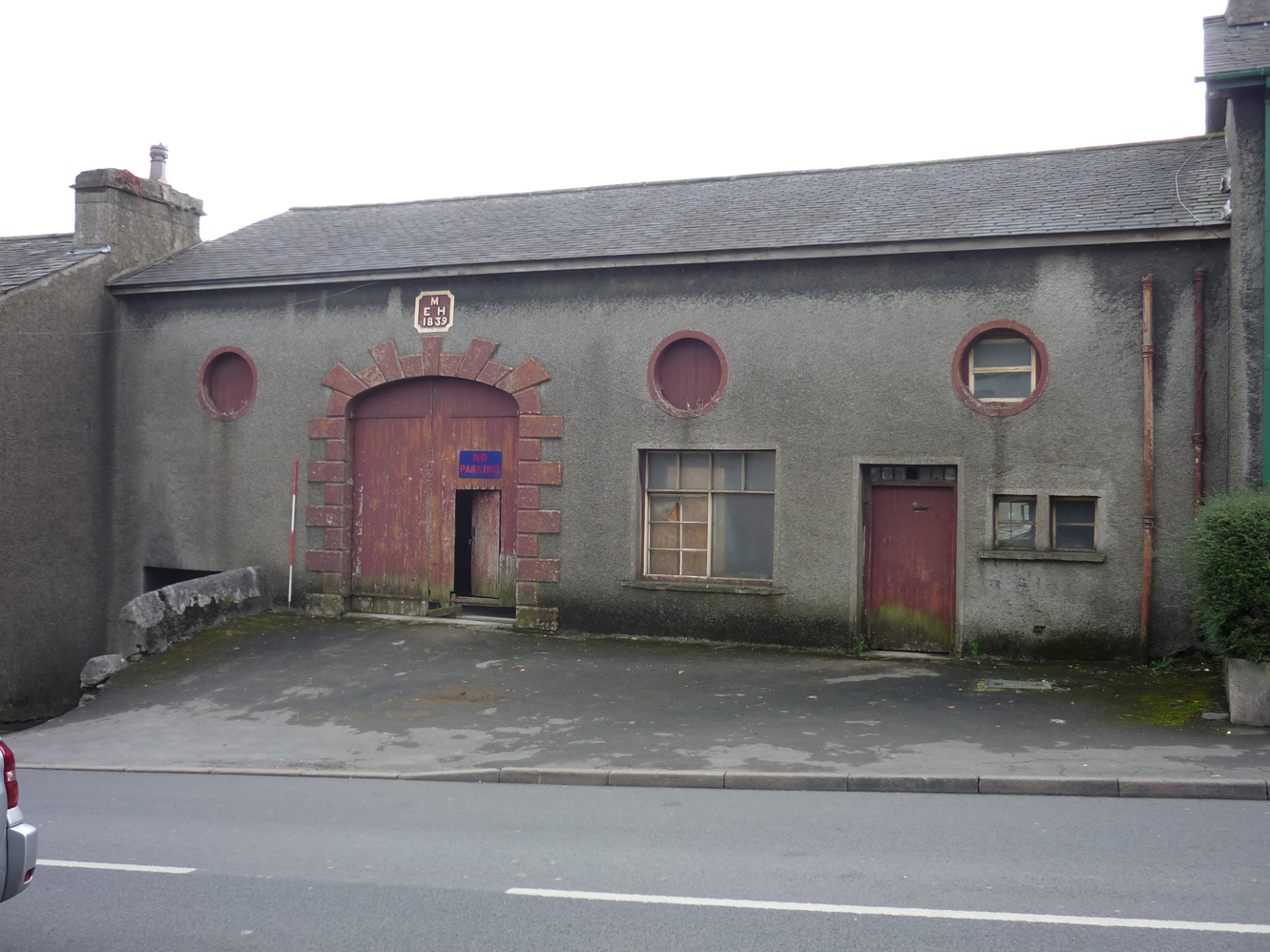 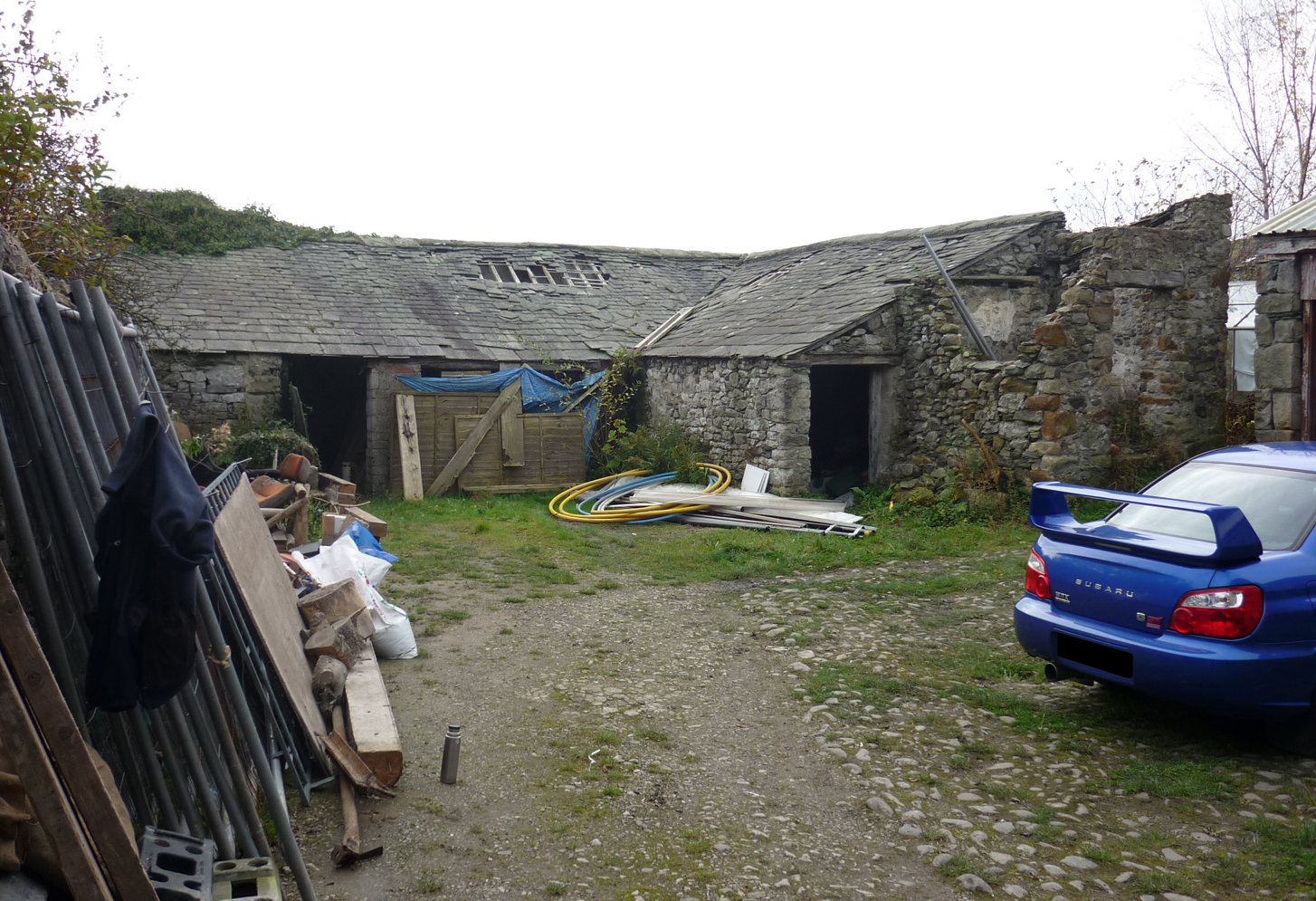 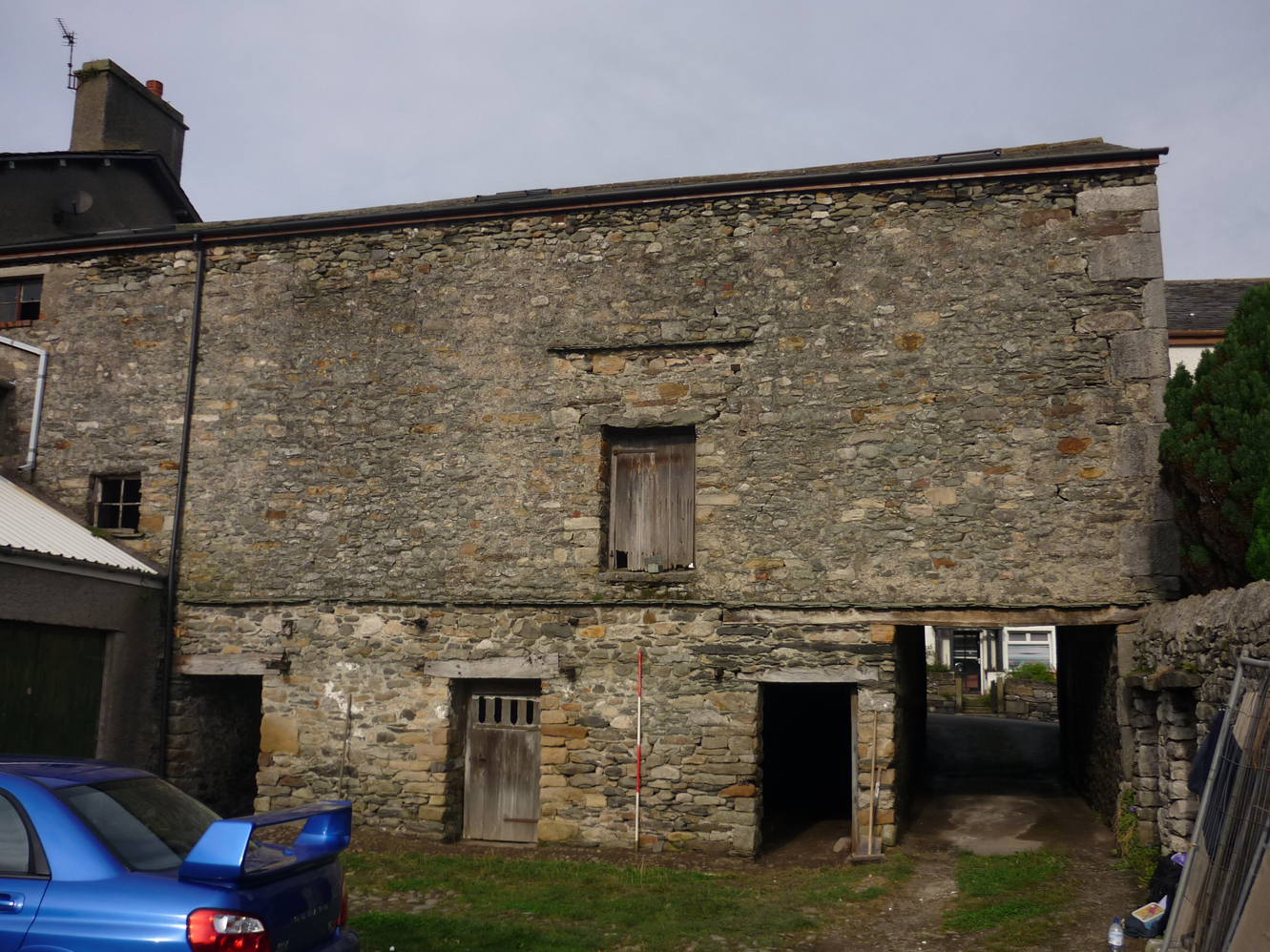 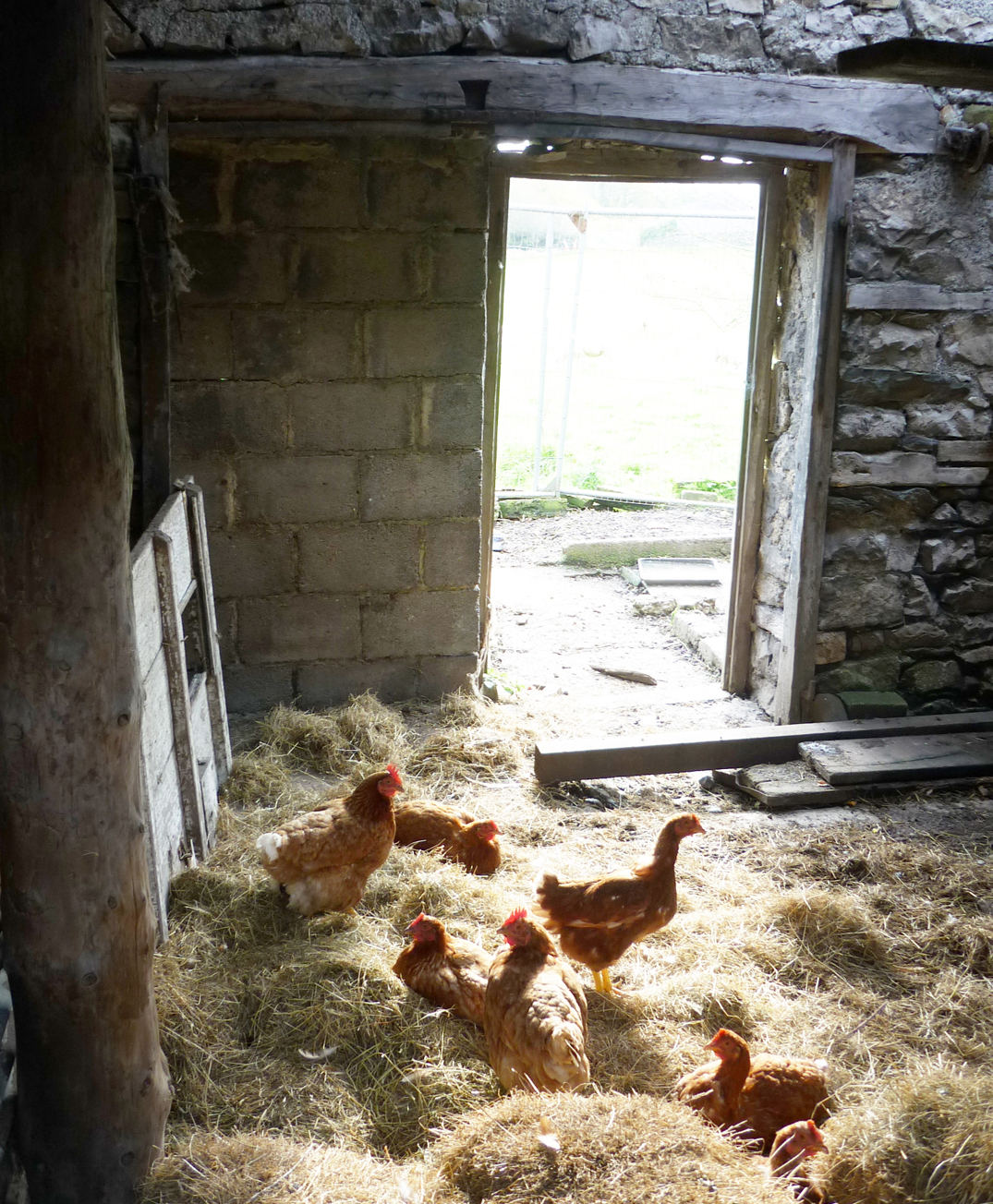 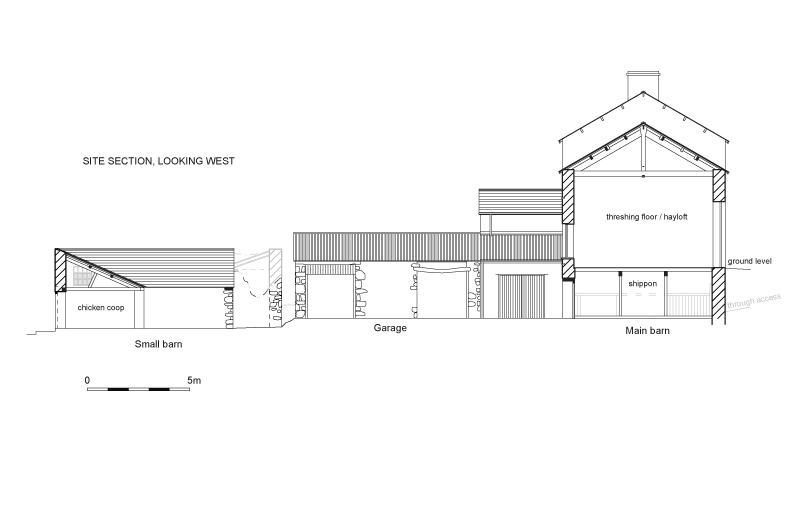 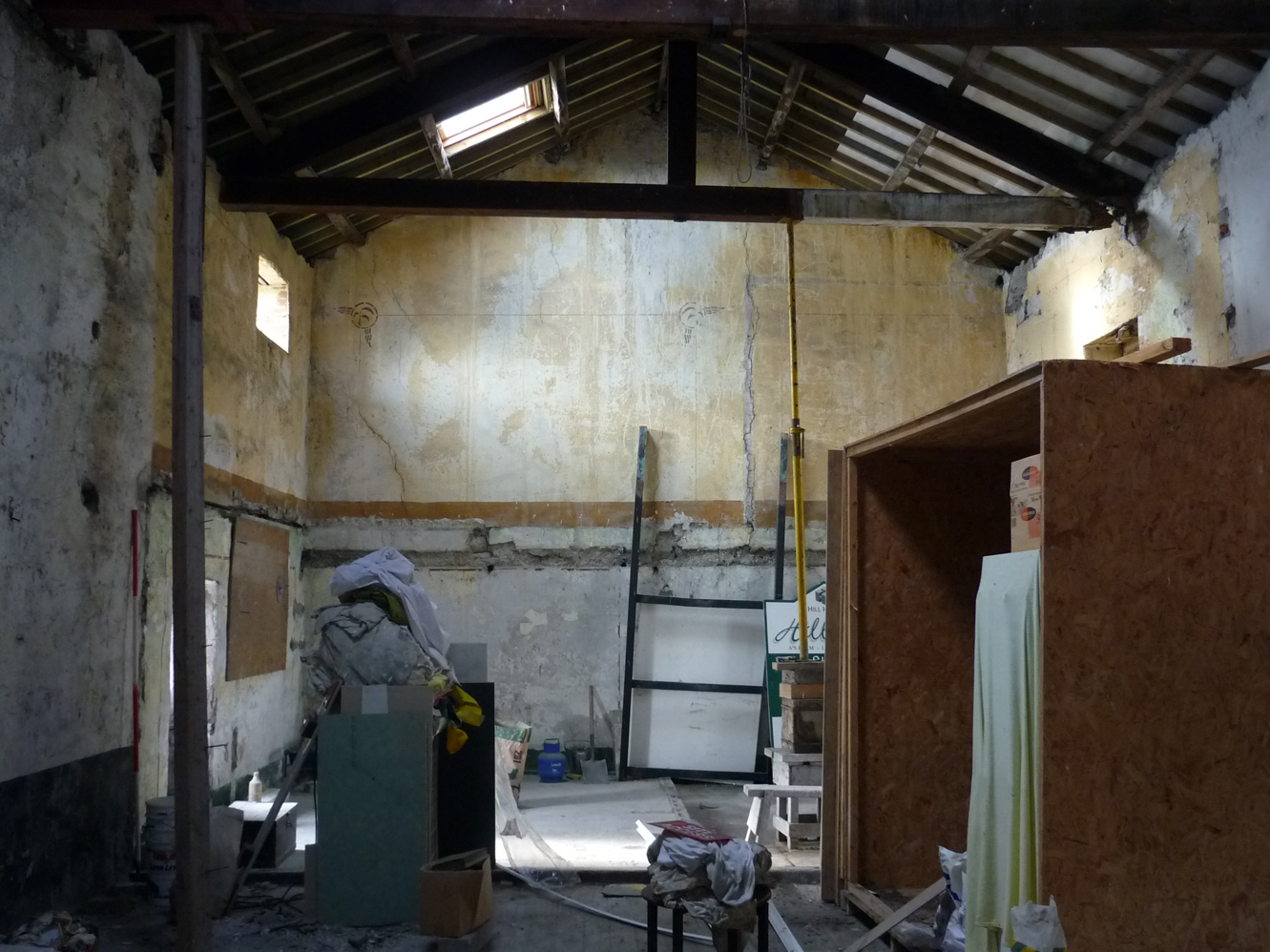