Following a planning application for the construction of residential properties on Upper Brook Street, Ulverston, Cumbria (SD 28507 78445) a programme of archaeological investigation was requested by the Cumbria County Council Historic Environment Service (CCCHES). This comprised a desk-based assessment and archaeological evaluation in conjunction with a watching brief on major ground works. The work was carried out by Greenlane Archaeology in March 2007. A building recording on a 19th century warehouse was also requested which will be covered in a separate report.

The archaeological excavations revealed the presence of walls, floor surfaces and drains on the site which were cut into the natural geology and buried under 19th and 20th century overburden. These findings tied in well with the results of the desk-based assessment which showed a brewery occupying the site from the early 19th century onwards. Unfortunately, due to the landscaping required to remove the upslope to the rear of the plot, the construction of the brewery had truncated any earlier archaeological deposits that may have existed on the site.

The full report is available on the Archaeology Data Service website: https://archaeologydataservice.ac.uk/archiveDS/archiveDownload?t=arch-700-1/dissemination/pdf/greenlan1-26684_2.pdf 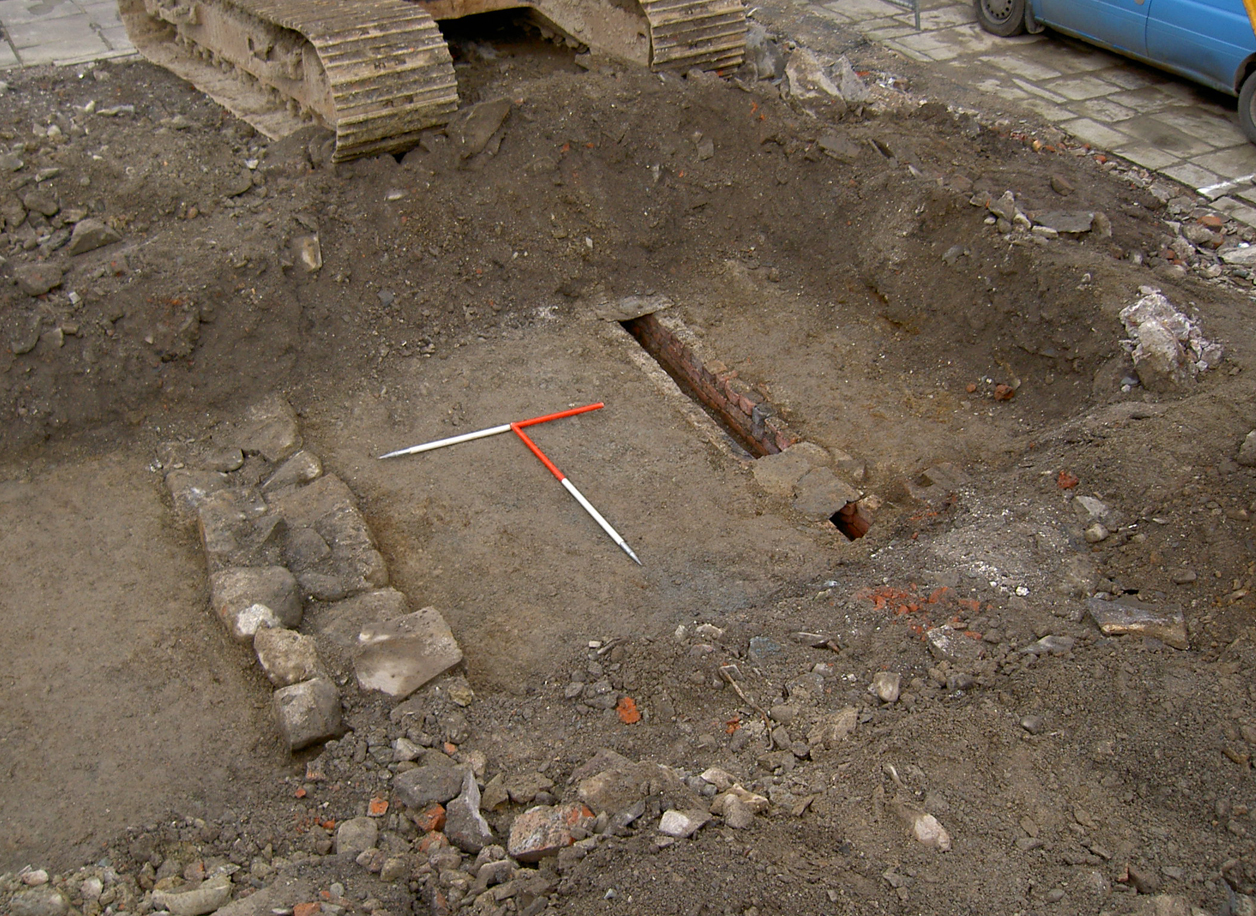