A planning application was submitted for the construction of a three new dwellings on land to the rear of 3 Castle Street, Kendal, Cumbria. Following a recommendation by Cumbria County Council Historic Environment Service (CCCHES), a programme of archaeological work was requested by South Lakeland District Council which comprised a rapid desk-based assessment and watching brief of the ground works. A project design was produced by Greenlane Archaeology and following the acceptance of this the desk-based assessment and watching brief were undertaken in February and March 2008.

The desk-based assessment revealed that the proposed development site is situated to the rear of plots of probable medieval origin situated along Wildman Street to the north-west. The origins of this street are uncertain, but it probably formed an extension of Stramongate, which was certainly in existence by the 13th century. Wildman Street is also occupied by two important early buildings: the Castle Dairy, which is though to be of 14th century origin and formed part of a grange belonging to the castle, and Sleddale Hall, dated to the 1660s. The development site is situated on land that was utilised for the building of an Infants’ School in 1830, which remained in existence until it was demolished 1990; the schoolmaster’s house is still present. The adjoining plot to the north-east was home to the British School, established in 1835.

The watching brief revealed a remarkably deep sequence of deposits, primarily the result of the demolition of the school and earlier phases of tipping or demolition, perhaps intended to level the ground or raise it above the flood plain of the nearby confluence of the River Kent and Stock Beck. Beneath these layers was a well preserved medieval soil horizon containing a remarkably large collection of pottery, principally of late 12th to 14th century date. Cut into this deposit and the natural clay beneath were a series of linear features and pits, probably of 17th or 18th century origin but of uncertain purpose. They appear to be on the same alignment as the extant property boundaries and may be marking the position of earlier ones that were re-organised in the early 19th century.

The full report is available on the Archaeology Data Service website: https://archaeologydataservice.ac.uk/archiveDS/archiveDownload?t=arch-700-1/dissemination/pdf/greenlan1-40468_1.pdf 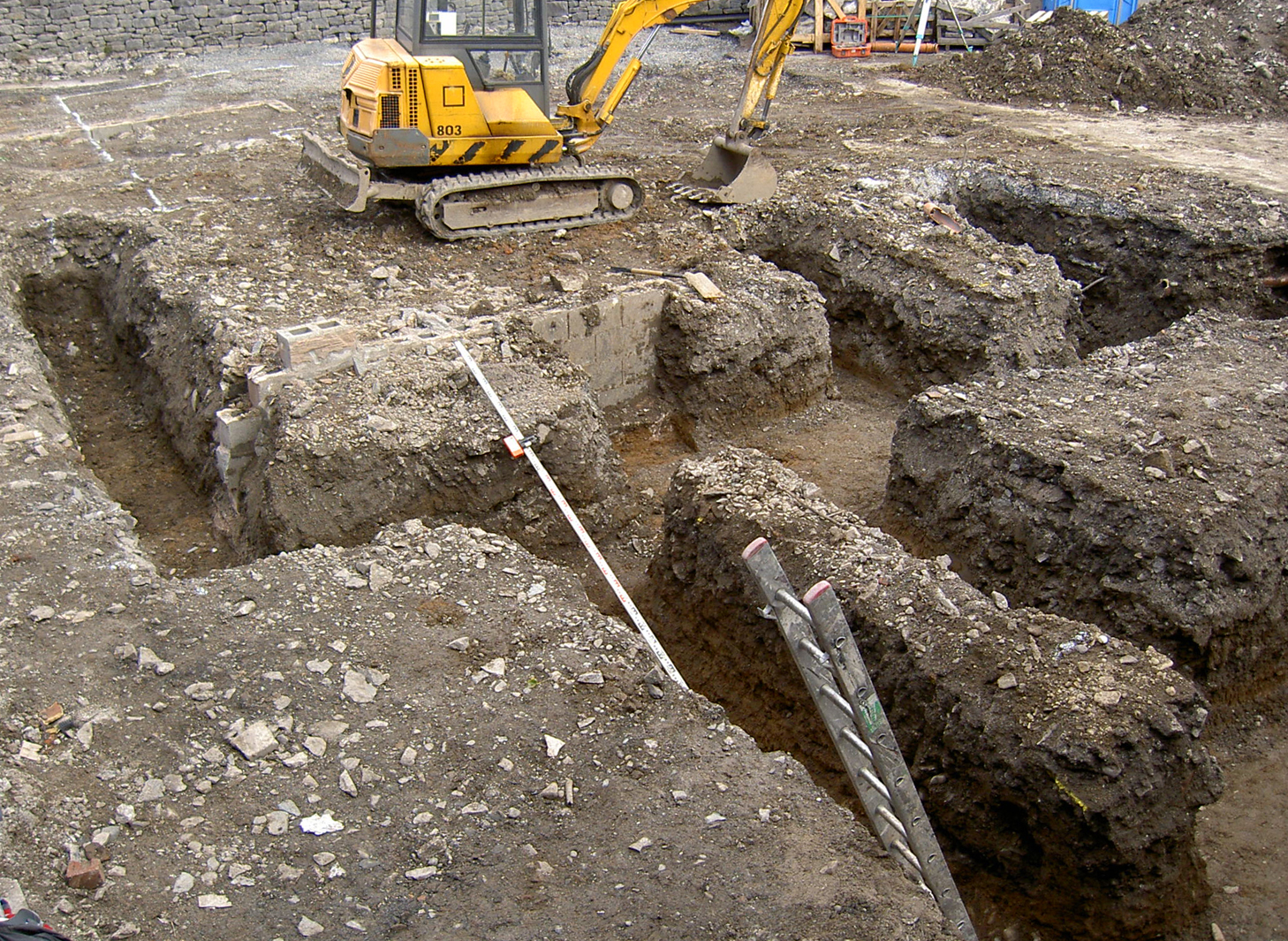