Following the submission of a planning application for the erection of a single dwelling on land to the rear of 41 Mitchelgate, Kirkby Lonsdale, Cumbria County Council Historic Environment Service stipulated that the ruinous building on site was recorded beforehand and that a watching brief be carried out during the groundworks. Following the provision of a project design by Greenlane Archaeology the onsite work was carried out in October and November 2017.

The map evidence for the site showed that while there were buildings facing onto Mitchelgate from the late 18th century onwards the building being investigated was built between 1849 and 1857. Documentary sources relating to its early history are unknown, but it is clear from correlating the information contained in the 1910 valuation that it was occupied during the late 19th and early 20th century by members of the Dean family, who manufactured clog irons.

The building recording revealed that the structure on site had originally been built into the slope but that the upper floor had then had its roof removed and the remains modified to form a garden feature, while the lower part had been infilled and the doorways blocked. The upper level still retained elements associated with a fireplace on the west side, including a projecting hearth and supports for a canopy, which suggest it formed a forge.

Bedrock was exposed along the south side of the site during the ground works and much of the dark silt which had mounded up against it had presumably been dumped over the ridge from the late 18th to early 20th century. The earliest finds from the site potentially date from the late 17th century but there was a definite concentration of late 18th/19th to early 20th century material. Demolition of the building revealed that the back wall was built directly onto the limestone bedrock and more material accumulated against its east and west sides after it was built. A ceramic drain, perhaps originally of late 18th/19th century date, was exposed along the east side of the site and a slag heap to the east side of the building spread over a wide area down slope from the steps to the south side of the site. Clear ‘tip lines’ indicate that it had been added to on a number of occasions over an extended period.

The building recording and watching brief revealed that relatively extensive remains relating to a late 19th and early 20th century clog iron forge were present on site, which could be identified in the documentary sources as being operated by members of the Dean family. However, prior to this it is clear that material including large amounts of rubbish had been tipped down the slope. No evidence for medieval, or earlier, activity was revealed, but this is perhaps due to the relatively distant location from the street frontage. 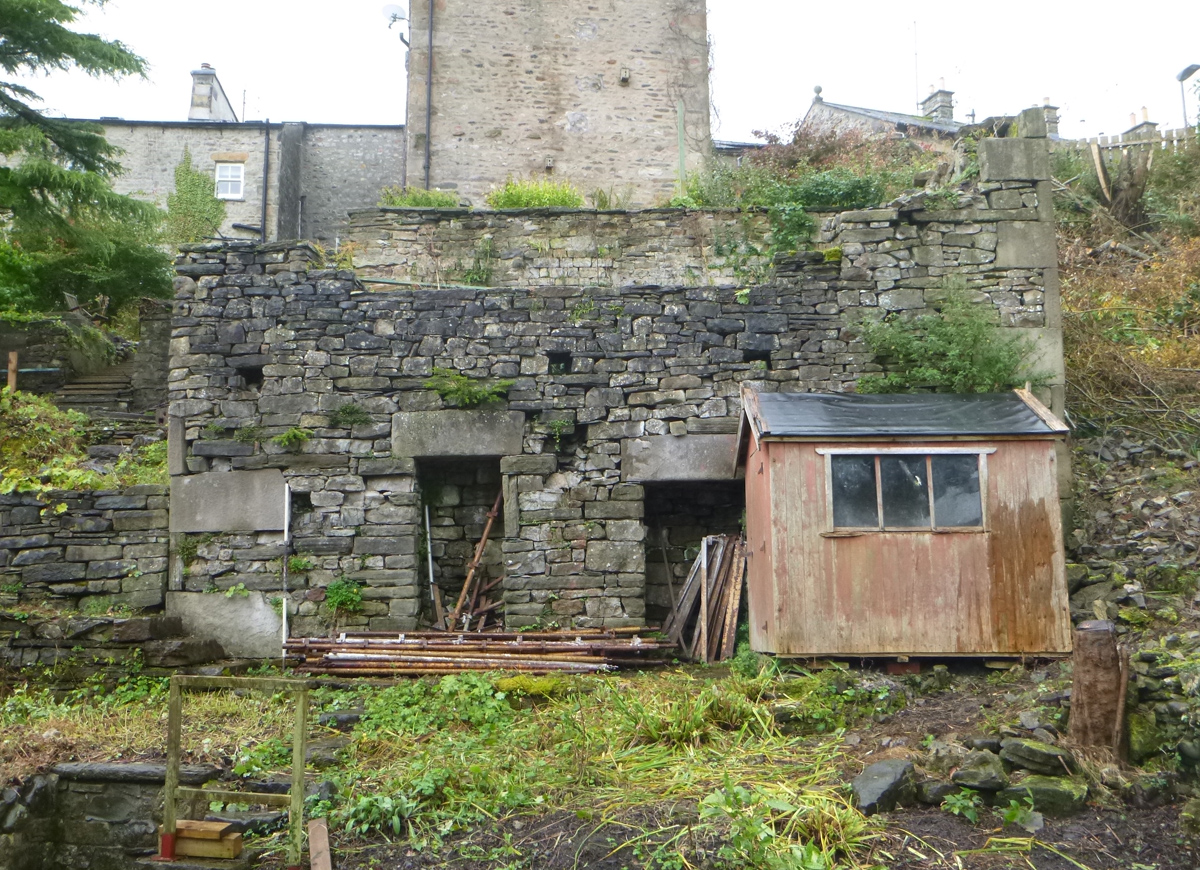 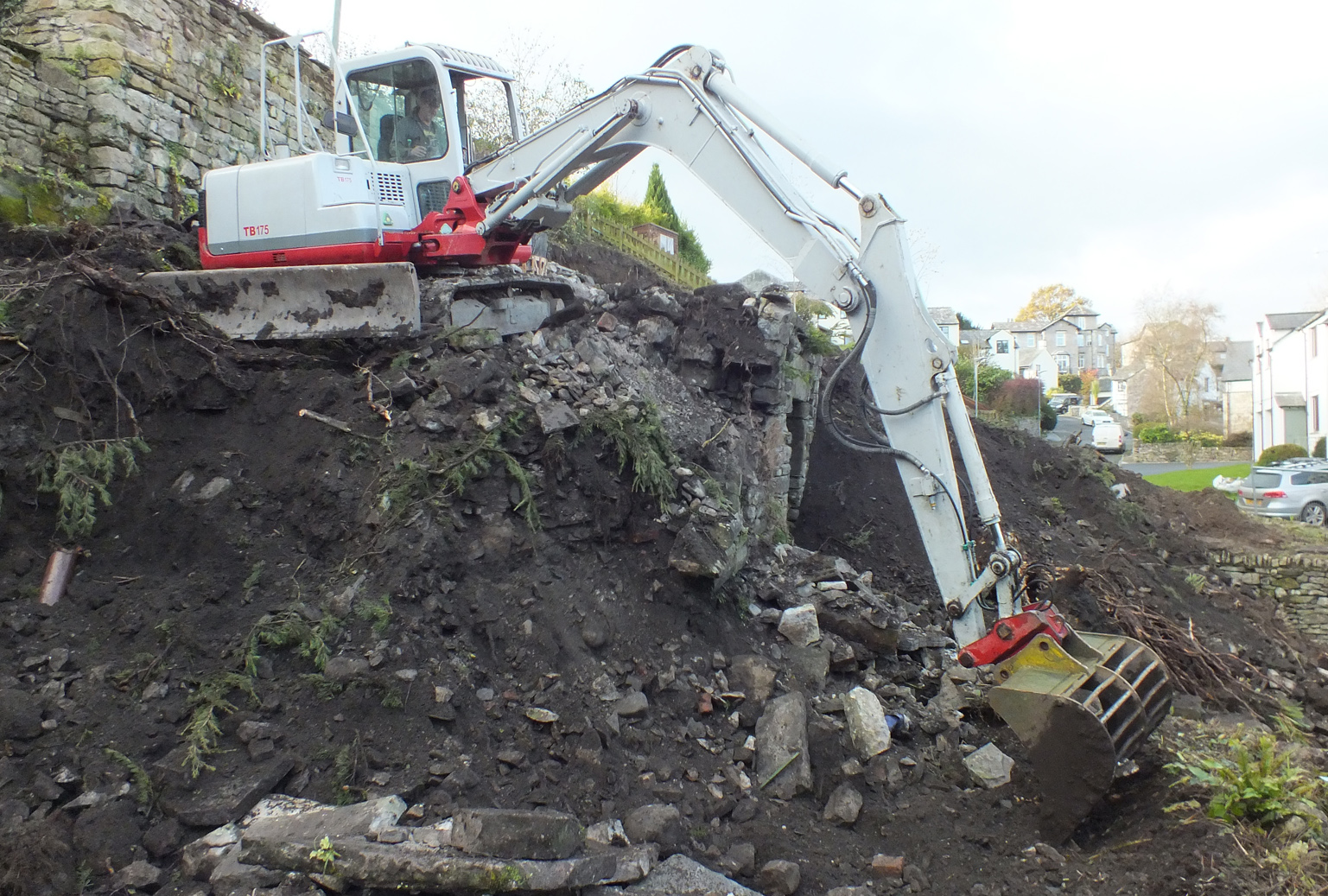 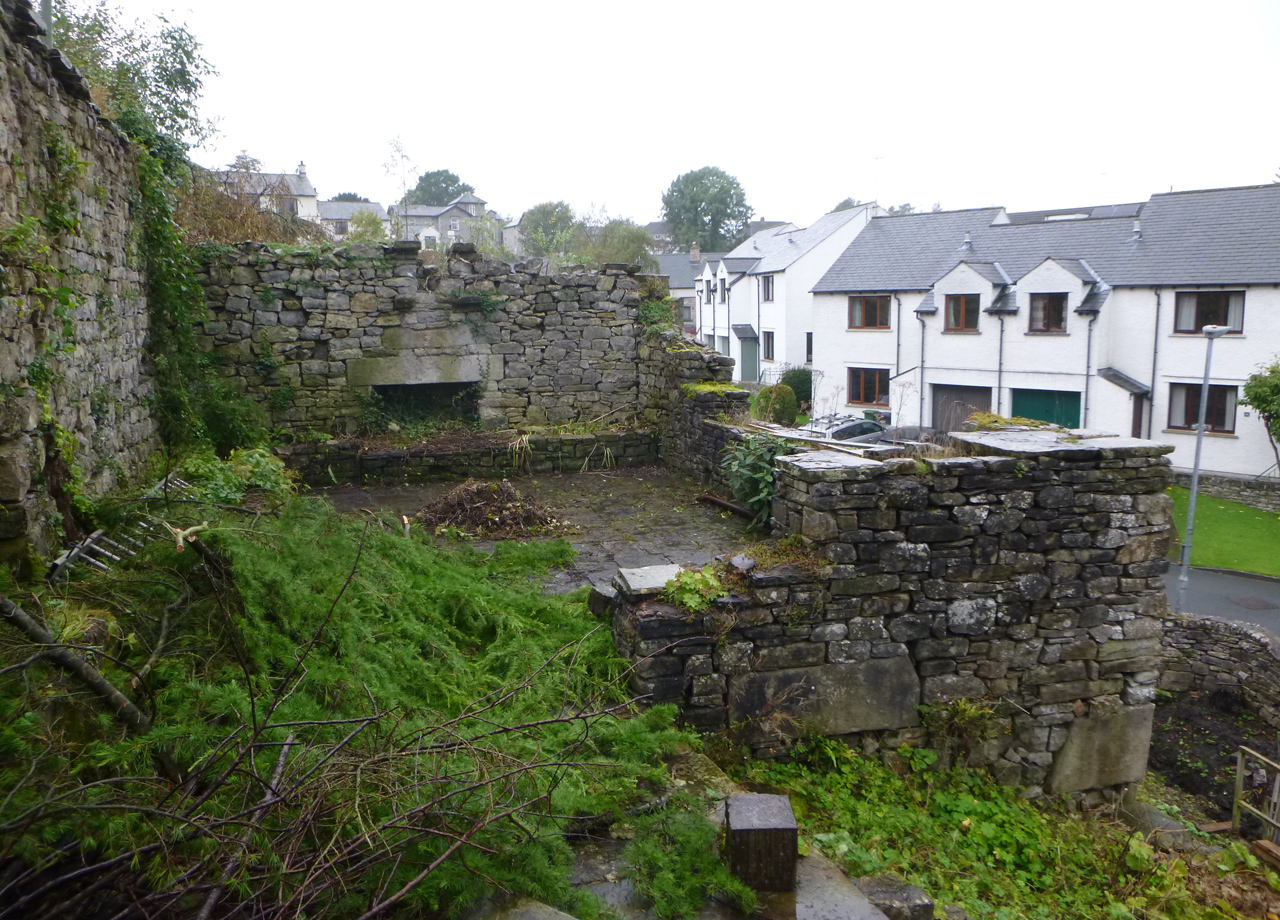 View inside the building before demolition
© 2015 Greenlane Archaeology Ltd