Following the submission of a planning application for the erection of a seven storey hotel on land adjacent to Fox Street in Preston a programme of archaeological work was requested by Preston City Council. This comprised a watching brief on all below ground works associated with the proposed development. The site is situated in an area considered to have only developed in the 18th century, although it is on the western edge of the medieval core of Preston. The extent of surviving archaeological remains in the area dating to this period and earlier was not known, so the redevelopment of the site offered a potential opportunity for this to be determined.

The work revealed that the natural ground surface of the site had been truncated by up to 2m; this truncation had been retained by a substantial gritstone block wall that ran along Fox Street and at least part of the south side of the site. The purpose of the truncation was to form an extensive flat area for a coal yard on land that originally sloped slightly. The cobbled surface of the yard was evident across most of the excavated area, and was buried under a thick deposit of 19th century made ground and an area of demolition rubble. The floor of a stable block adjacent to Fox Street was also recorded; this may have housed horses which were used to pull the coal yard’s trams. Horse drawn trams were used to move the coal between Walton Summit on the south side of the River Ribble to the coal wharf in Preston. This five mile tramline, which ran under Fishergate, was necessary due to the huge costs that would have been involved in trying to bridge a gap in the Lancaster Canal via an aqueduct across the Ribble river valley. The coal yard was constructed in 1803 and the necessary landscaping had completely removed any earlier deposits; this degree of truncation was presumably necessary to increase storage space behind the street frontages and keep the tramlines at a similar level to the nearby canal head. The uncovering of this coal yard and the evidence of stabling associated with the tramway provides a useful record of the history and development of this part of town during the industrial revolution and demonstrates the importance of the Lancaster Canal as a trade route that helped Preston’s growth.

The yard was backfilled to ground level sometime after 1864, when the tramway was known to have gone out of use, although this may have occurred in two phases. Areas of the coal yard in the north and west parts of the site were truncated by the footings and basement of the GPO building constructed between 1938 and 1960, and a stanchion relating to the site’s function as a bus station, evident on the 1960 Ordnance Survey map, was also recorded.

The full report is available on the Archaeology Data Service website: https://archaeologydataservice.ac.uk/archiveDS/archiveDownload?t=arch-700-1/dissemination/pdf/greenlan1-71134_1.pdf 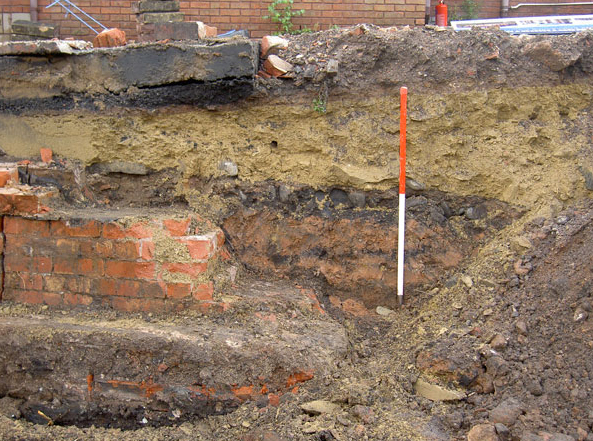 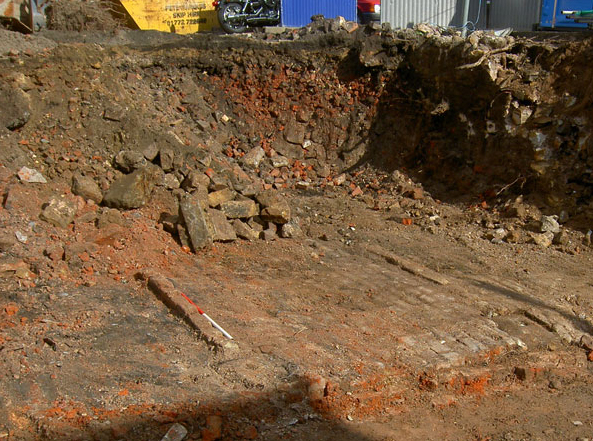 Stable floor viewed from the south 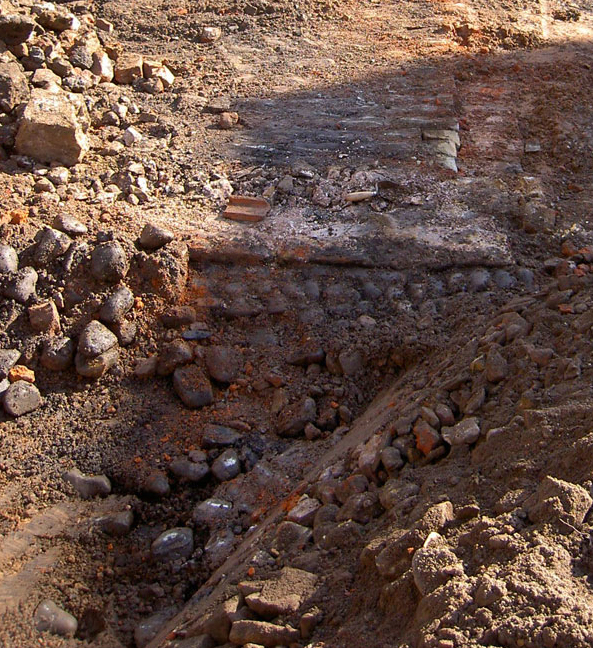 Cobbles at the west side of the stable 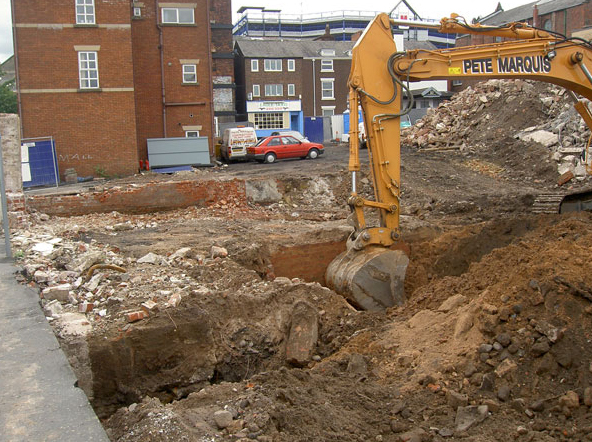