Following the submission of retrospective planning applications for the creation of an al fresco dining area adjacent to the Abbey House Hotel, Abbey Road, Barrow-in-Furness, Cumbria, Greenlane Archaeology was commissioned to produce a heritage assessment in order to establish the likely impact of the structure on any remains of archaeological interest. The hotel, which is a Grade II* Listed Building, is located within the precinct of Furness Abbey, which is a Scheduled Monument. The work for the project, including a site visit, was carried out in June 2018.

The area around Furness Abbey contains remains ranging from the end of the last Ice Age onwards and there have been a number of prehistoric, Roman, and early medieval finds from the wider area. The site is located within the precinct of the abbey, which was established in 1127, and it became one of the most powerful monastic houses in the country. The map evidence shows that the proposed development area is within a field named ‘Bull Copy’ on the earliest maps, which is presumably a reference to it being where bulls were kept, and it was essentially undeveloped until the construction of what became the Abbey House Hotel to the designs of Sir Edward Lutyens in 1914. Abbey House was originally built by Vickers to form a guesthouse for visitors and residence for the director and a number of plans relating to the construction of the Abbey House, dated 1913 and 1914, provide considerable detail about the various elements of the building and its grounds, even including the position of the drains. It became an old people’s home in 1951 and was converted to a hotel in 1985.

A geophysical survey carried out within the grounds of the hotel in 1988 revealed a number of features of potential archaeological interest, although none of these have been investigated. Groundworks associated with the extension to the north end of Abbey House in c2000 and the installation of new signage at the hotel in 2014 were subject to archaeological watching briefs. Neither of these pieces of work revealed any particularly significant archaeological remains, although a section of wall, perhaps part of the precinct boundary, was revealed during the watching brief. An archaeological evaluation carried out in 2017 recorded a pit of unknown date in one trench, but of more interest was a fragment of Roman ceramic building material, probably roofing tile, recovered from the topsoil. This added to the growing list of stray finds of Roman date recovered from the immediate area and points to the possibility of a Roman structure being present nearby; however, if structures of that date were indeed present within the grounds of the Abbey House Hotel, they are likely to have been damaged or destroyed by construction and landscaping carried out during the construction of the hotel. A site visit confirmed that the area in which the dining area was constructed was evidently terraced as part of the construction of the hotel and disturbed by the creation of services, which are shown on some of the original drawings. 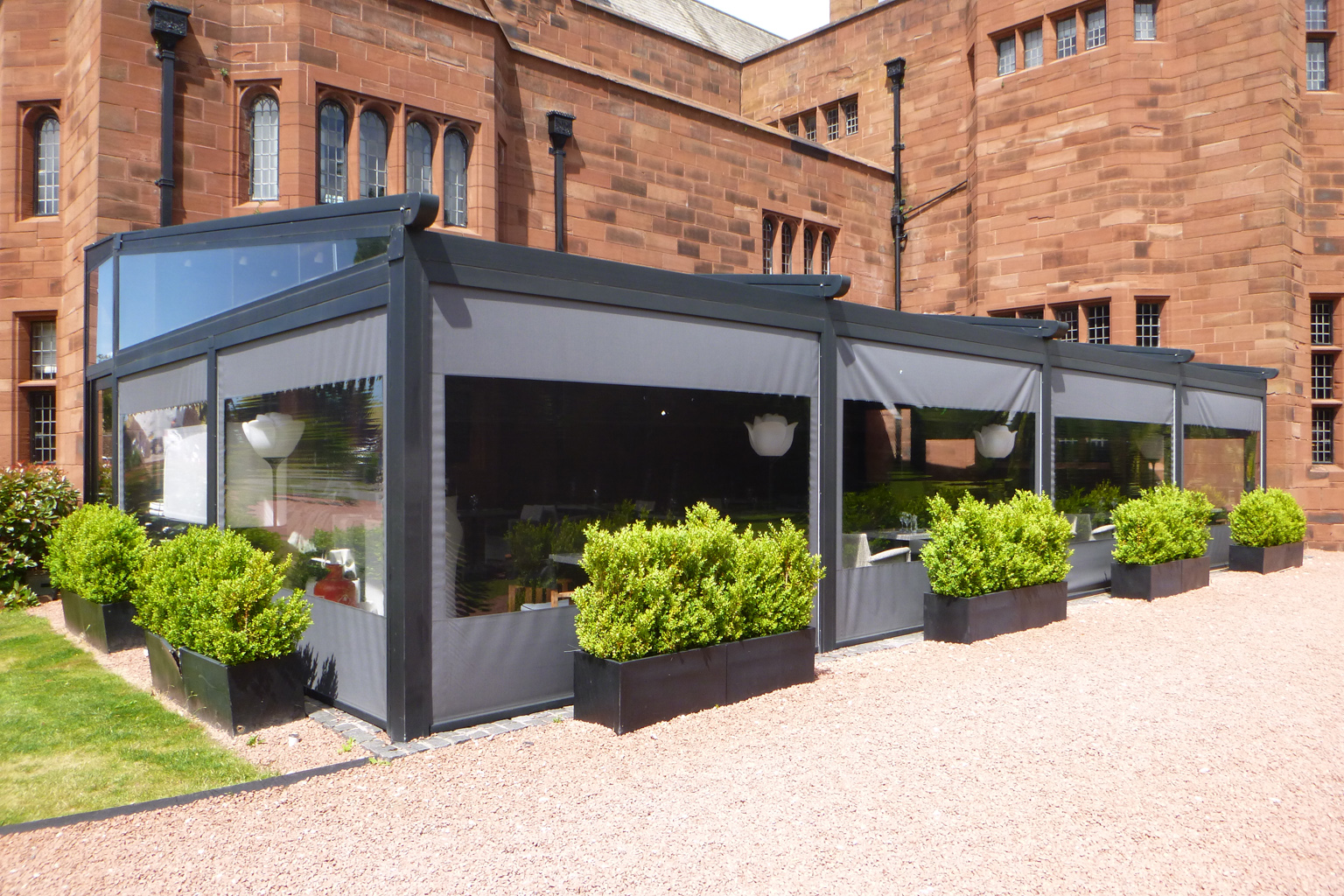 General view of the al freso dining area, from the south-east 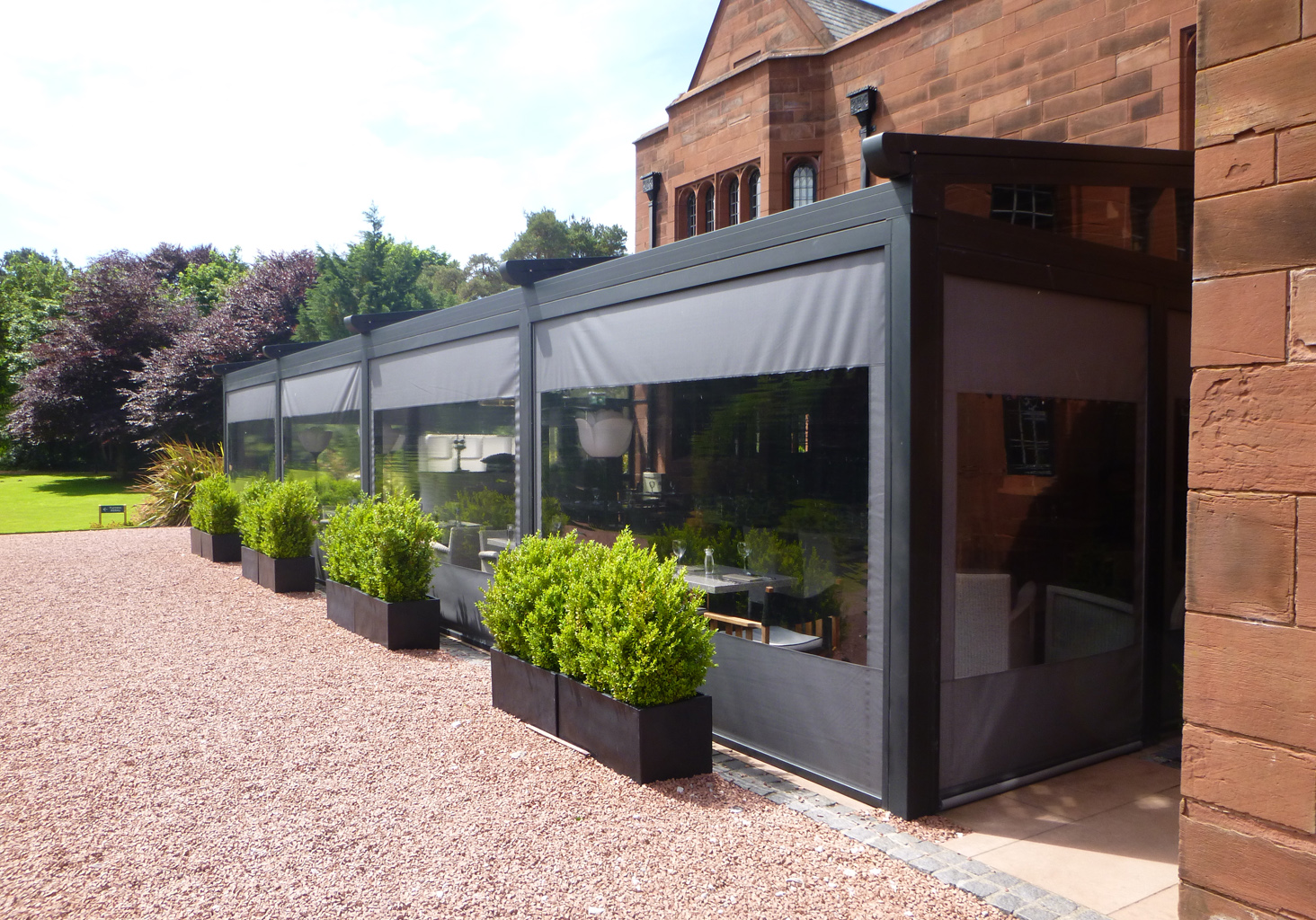