Greenlane Archaeology was commissioned to carry out an archaeological evaluation at Askham Hall to determine the nature and survival of any archaeological remains at the site. The proposed development site is adjacent to the Grade I listed Askham Hall, which has origins in at least the 14th century, and is situated within a Grade II listed area of parkland on the edge of the village of Askham. A total of five trenches were excavated. Trenches 1 to 3 were situated on the lawn to the west of the Hall and Trenches 4 and 5 were located in a small garden to the east. A similar sequence of natural glacial clays, overlain by subsoil and topsoil was present across the site. Deposits of rubble and a cobbled surface were exposed in Trenches 1 and 2, which may represent a track or a path, perhaps one of those shown on early maps of the site. Trench 3 revealed cobbled surfaces, the remnants of a wall, and possibly a paved area with a gated entrance, which might relate to an enclosed area shown on the Ordnance Survey maps c1863 or the same tracks and pathways shown on the earlier maps and apparent in Trenches 1 and 2. In addition, the rounded corner of a pit or the end of a ditch was exposed in Trench 4; while this must be post-medieval in date based on its stratigraphic relationship to the other deposits in the trench, a sample from it contained an interesting collection of animal bones including fish, and various types of carbonised grain. No archaeological features were observed in Trench 5.

The bulk of the finds recovered were fairly late post-medieval in date, although earlier activity at the site is evidenced by a fragment of medieval pottery, with a suggested date range from the late 12th to 14th century, which was recovered from the subsoil in Trench 2. In addition, a small piece of flint was also recovered from a sample, potentially demonstrating prehistoric activity in the immediate area. Significant amongst the post-medieval finds were a collection of clay pipes all with the mark of a maker in Sunderland. A small but interesting collection of animal bone was collected from across the site, including typical domesticated species such as pig, sheep/goat, and cattle, but also cat, and smaller mammal bones and fish bones. It is considered unlikely that any of the features identified are earlier than post-medieval in date, and they are all unlikely to be seriously affected by the proposed development.

The full report is available on the Archaeology Data Service website: https://archaeologydataservice.ac.uk/archiveDS/archiveDownload?t=arch-700-1/dissemination/pdf/greenlan1-133133_1.pdf 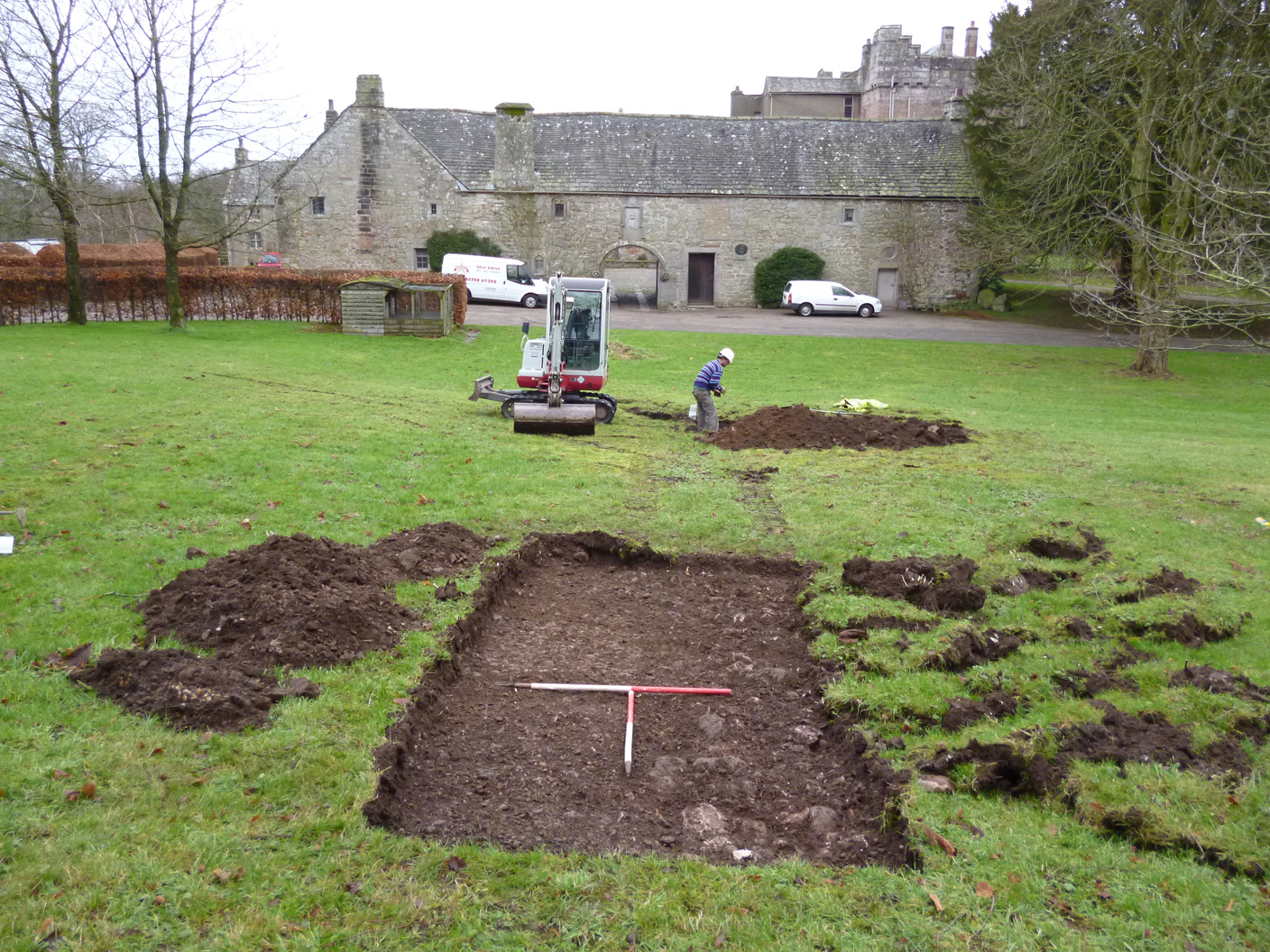