Following the submission of a planning application for the partial demolition and conversion into dwellings of the former ATS Euromaster Ltd building in The Gill, Ulverston, Cumbria a condition was placed requiring the completion of a Level 1 archaeological building recording. The site comprises a group of buildings situated on the east side of The Gill. A brief desk-based assessment demonstrated that while there were buildings on the site facing onto The Gill at the start of the 19th century, these were replaced later in the 19th century by what is there now. These were probably houses, but by at least 1910 the site had been converted to purely commercial use as a stables and slaughterhouse. The building recording demonstrated that the main block facing onto The Gill originally comprised a row of two-storey dwellings, with associated and broadly contemporaneous outbuildings to the rear. The central section was probably the earliest, although little of the original fabric of this now remained. The dwellings were later stripped of their internal floors and opened out, probably as a result of the site changing to purely commercial use sometime before 1910. 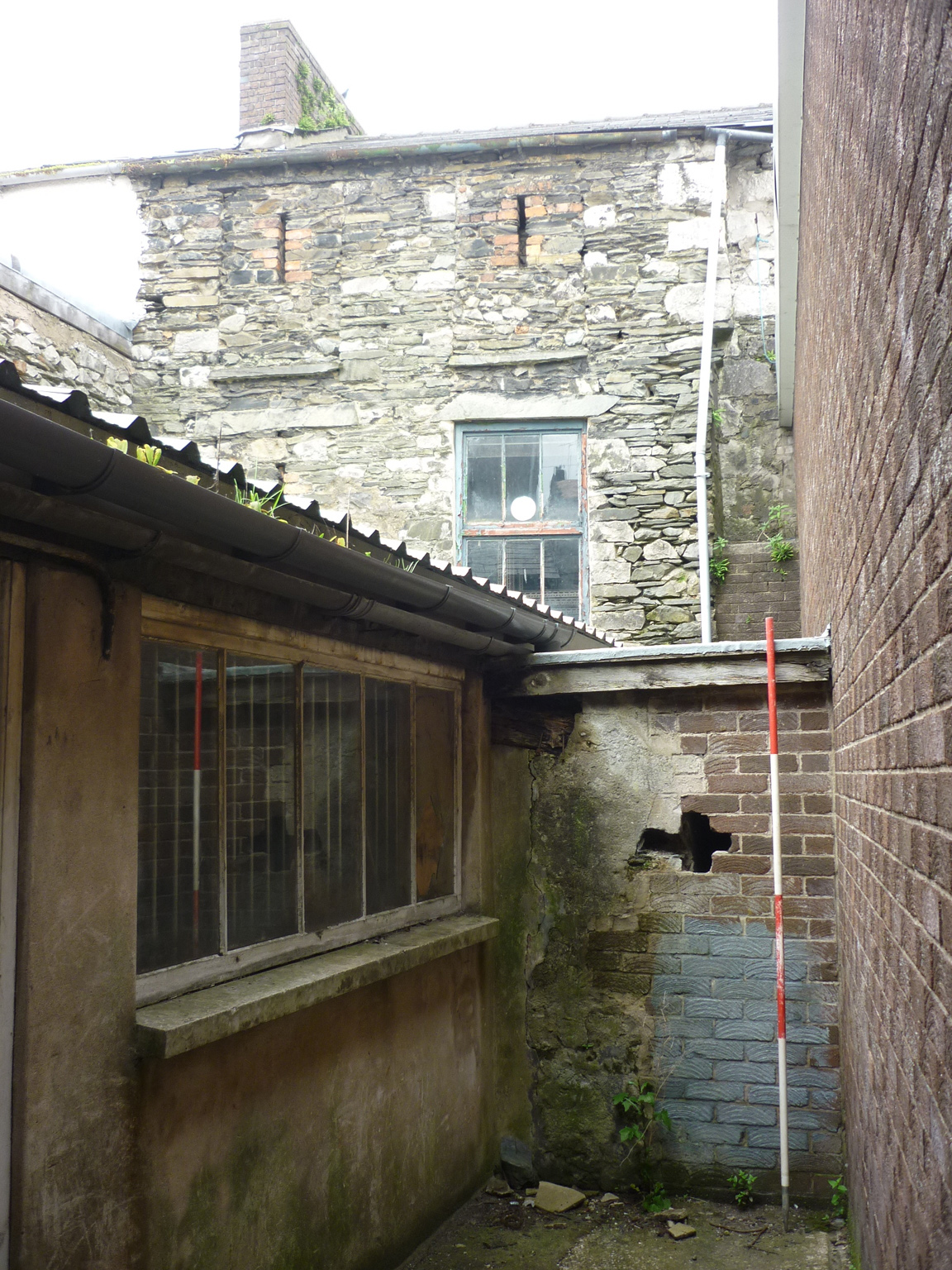