Following the submission of a planning application for the partial demolition and conversion into dwellings of the former ATS Euromaster Ltd building in The Gill, Ulverston, Cumbria a condition was placed requiring an archaeological watching brief during construction of the new build. This followed on from a previous phase of archaeological building recording at the site, carried out in 2015.

The site comprises what was a group of buildings situated on the east side of The Gill. A brief desk-based assessment demonstrated that while there were buildings on the site facing onto The Gill at the start of the 19th century, these were replaced later in the 19th century with what is now present, along with associated outbuildings to the rear. These were probably houses, but by at least 1910 the site had been converted to purely commercial use as a stables and slaughterhouse.

The watching brief monitored the stripping of areas of hard standing to the east of the standing building, but also the excavation for foundations and internal drainage. It also allowed further observations to be made inside the buildings due to the removal of internal wall plaster as well as rubble covering the floor of the outbuilding. This revealed additional details about the arrangement and phasing of the buildings and that the outbuilding had originally been used as a stable. The excavation revealed only deposits and features of post-medieval date, including a short section of brick wall corresponding to an outbuilding shown on early mapping, and linear spreads of dumped material, containing 18th and 19th century pottery, animal bone and other finds, which probably represent the backfilled foundation trenches of the earlier buildings shown on the available mapping. The central part of the site had been substantially truncated by the construction of a reinforced concrete floor and an outbuilding.

It is apparent that the site saw a number of changes during the 19th century, followed by a complete reorganisation in the early 20th century and further major alterations after that. It is likely that disturbance caused by that explains the lack of any finds or features of medieval date, which have been found during ground work nearby. 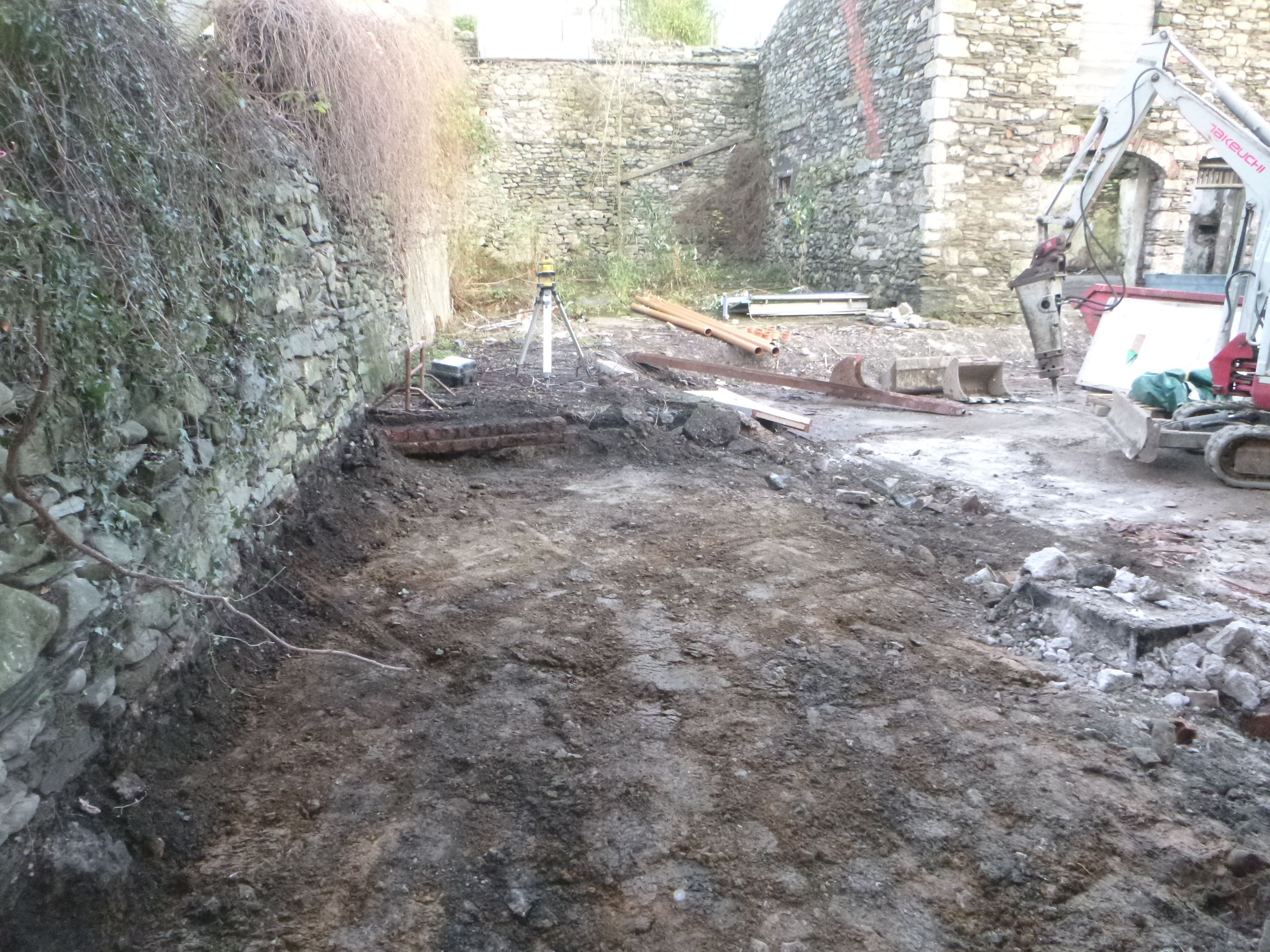 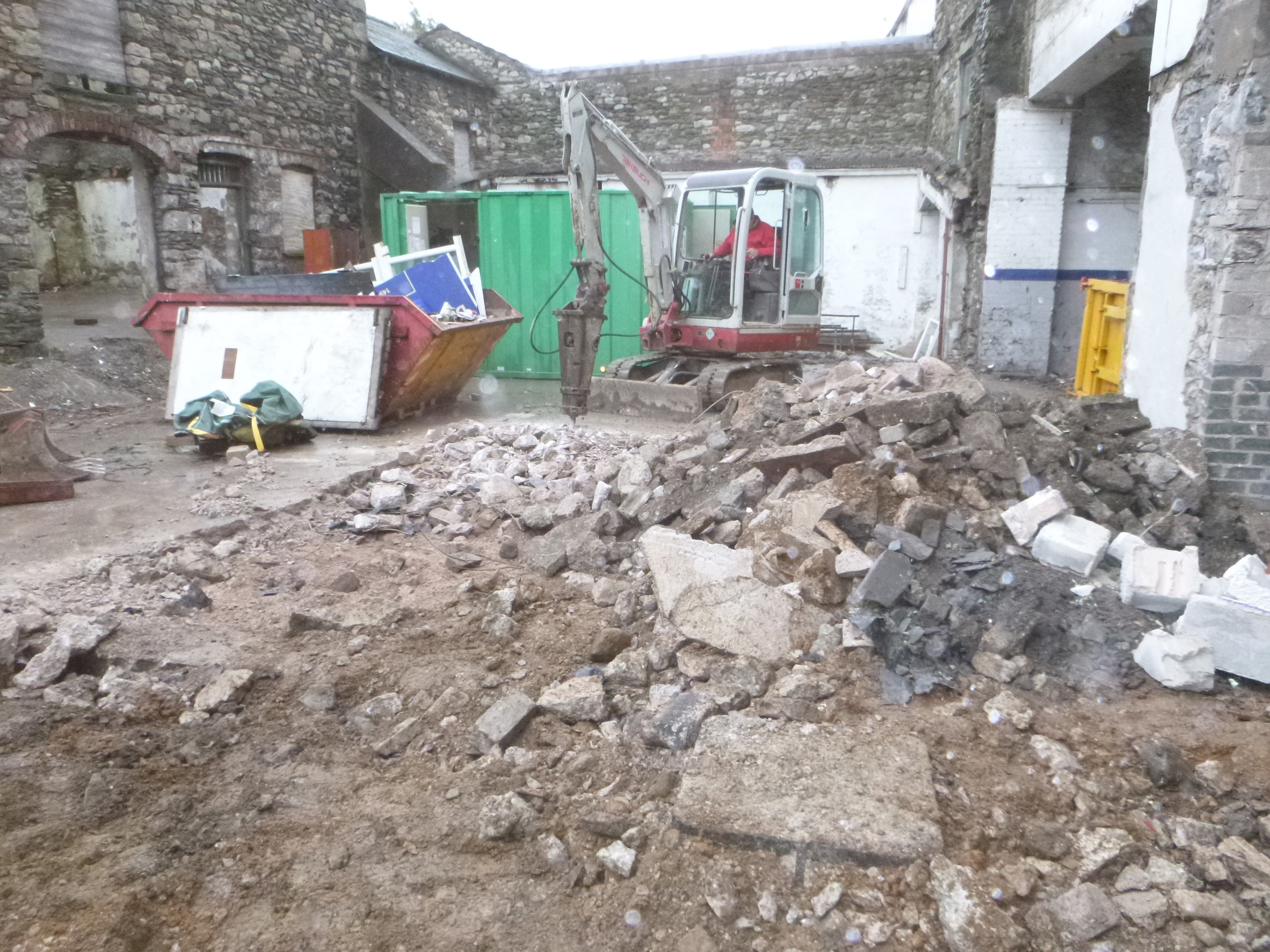