Prior to the proposed submission of a planning application for the conversion of a disused barn near Marsh Grange, Kirkby-in-Furness, into a dwelling, Barrow Borough Council recommended that the buildings be subject to archaeological recording. In response to this Greenlane Archaeology produced a project design and following its acceptance, carried out the onsite recording.

The barn once formed part of a larger complex of buildings, which formed part of the Marsh Grange estate that belonged to the Wakefield family during the 19th century and until at least 1910. Early maps show that the barn and associated buildings had largely been constructed by 1842, with evidence for water power in the form of a reservoir and sluice gates shown from this date onwards.

The building recording demonstrated that the main north/south barn is likely to be the oldest surviving element, probably built in the early 19th century and included a surviving waterwheel and associated gearing, which most likely powered a threshing machine originally housed inside a section of the main barn that has since collapsed. An outshut was added to the west side, presumably to provide additional animal housing, and a later open front addition was attached to the east side in the late 19th century, presumably to act as a store for hay, vehicles, or machinery. By the later 20th century the building had clearly largely fallen out of use and the only modifications were minor repairs to the main barn.

The site is of interest because of the rare survival of a water wheel related to a water-powered threshing machine, which, although very overgrown, otherwise survives intact. Examples of barns with evidence of threshing by hand or with a horse-powered engine are far more common; water-powered threshing represents a considerable investment of money and required the correct topography, and so is relatively unusual. 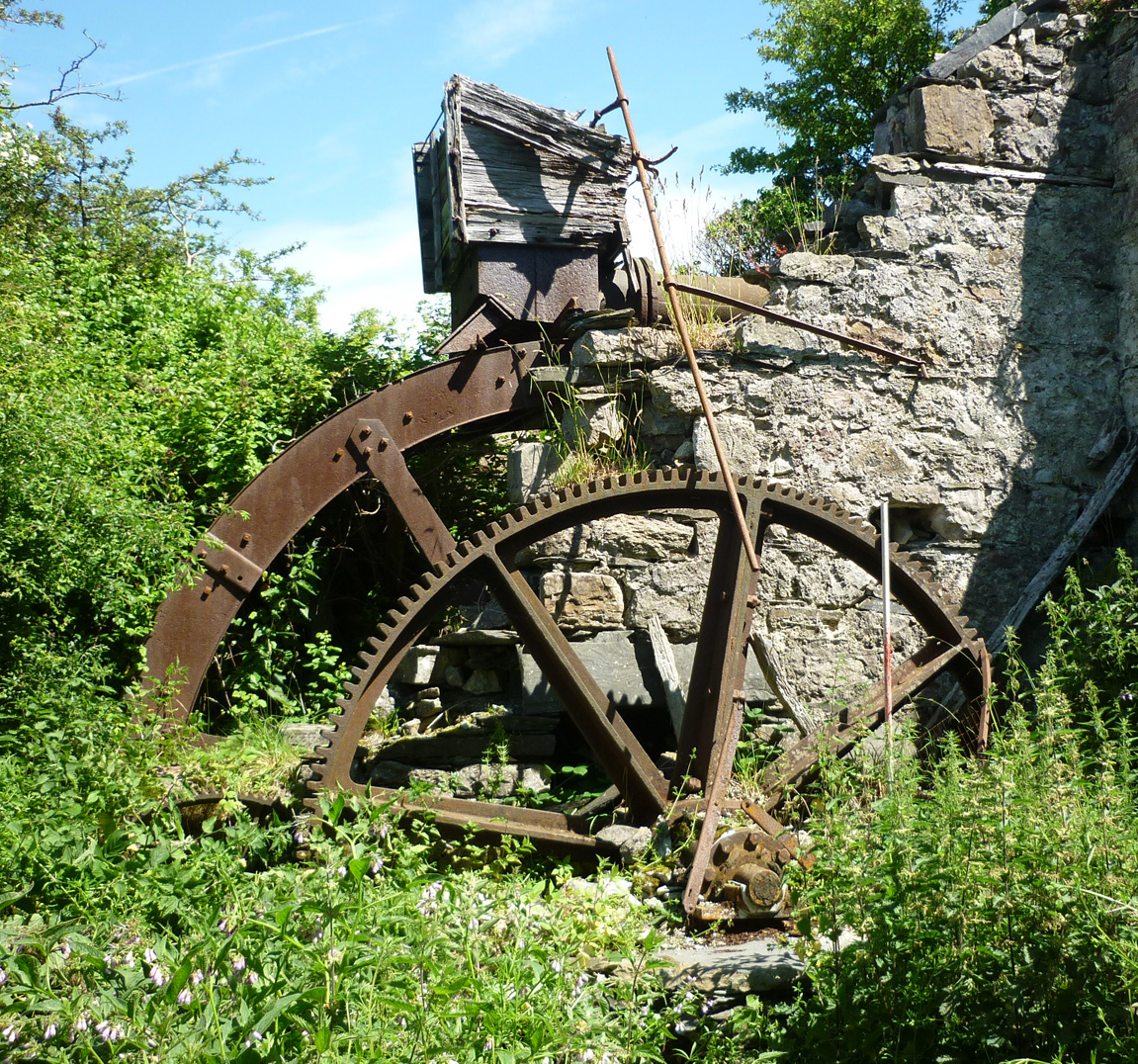 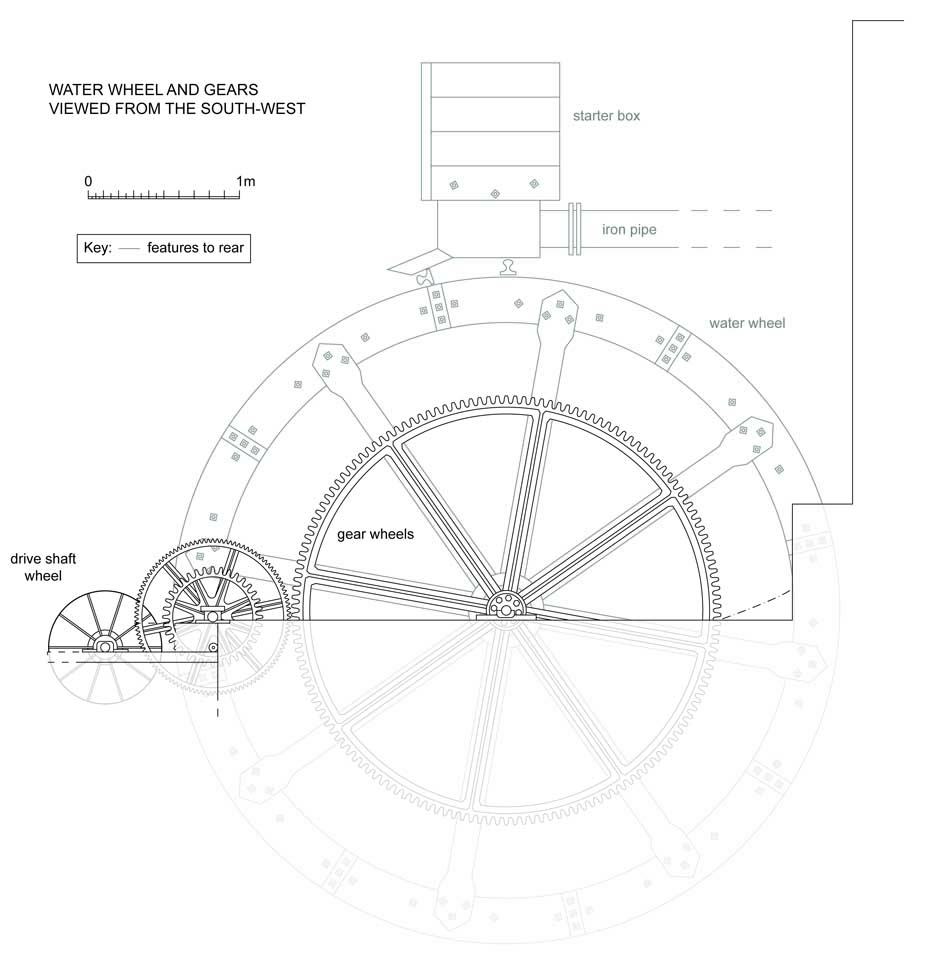