Barn on Land to Rear of Rose Cottage, Stank

Following the submission of a planning application for the conversion of a former barn on land to the rear of Rose Cottage, Stank, Cumbria, a condition was placed on the application that an English Heritage Level 3 archaeological building recording be carried out. The building is a relatively unusual survival within the wider context of the mine, many of the more functional buildings having been demolished or now in ruins, while only the more polite buildings seem to have survived elsewhere. The conversion of the building into a domestic dwelling provides a means for preserving it for the future.

The building dates to the end of the 19th century and formed part of the Stank Iron Mines, which were leased from 1871 until the mine was abandoned 30 years later. The specific purpose of the building when it was originally constructed is not known, however, previous consideration of the site has identified it as the blacksmith’s workshop.

The recording of the building confirmed that the building had indeed been constructed as a blacksmith’s workshop, with four hearths. A number of alterations were clearly made to the building after it went out of use as a blacksmith’s, including blocking all the windows and smaller apertures, some rebuilding to provide a new doorway, and the removal of all of the hearths leaving only truncated remains of some of the flues. One of the two large doorways was also probably inserted or enlarged at this time. Later, concrete blocks were added internally to support a raised floor, and the smaller door was blocked. All of the later changes undoubtedly relate to its change of use for agricultural storage.

The full report is available on the Archaeology Data Service website: https://archaeologydataservice.ac.uk/archiveDS/archiveDownload?t=arch-700-1/dissemination/pdf/greenlan1-156955_1.pdf 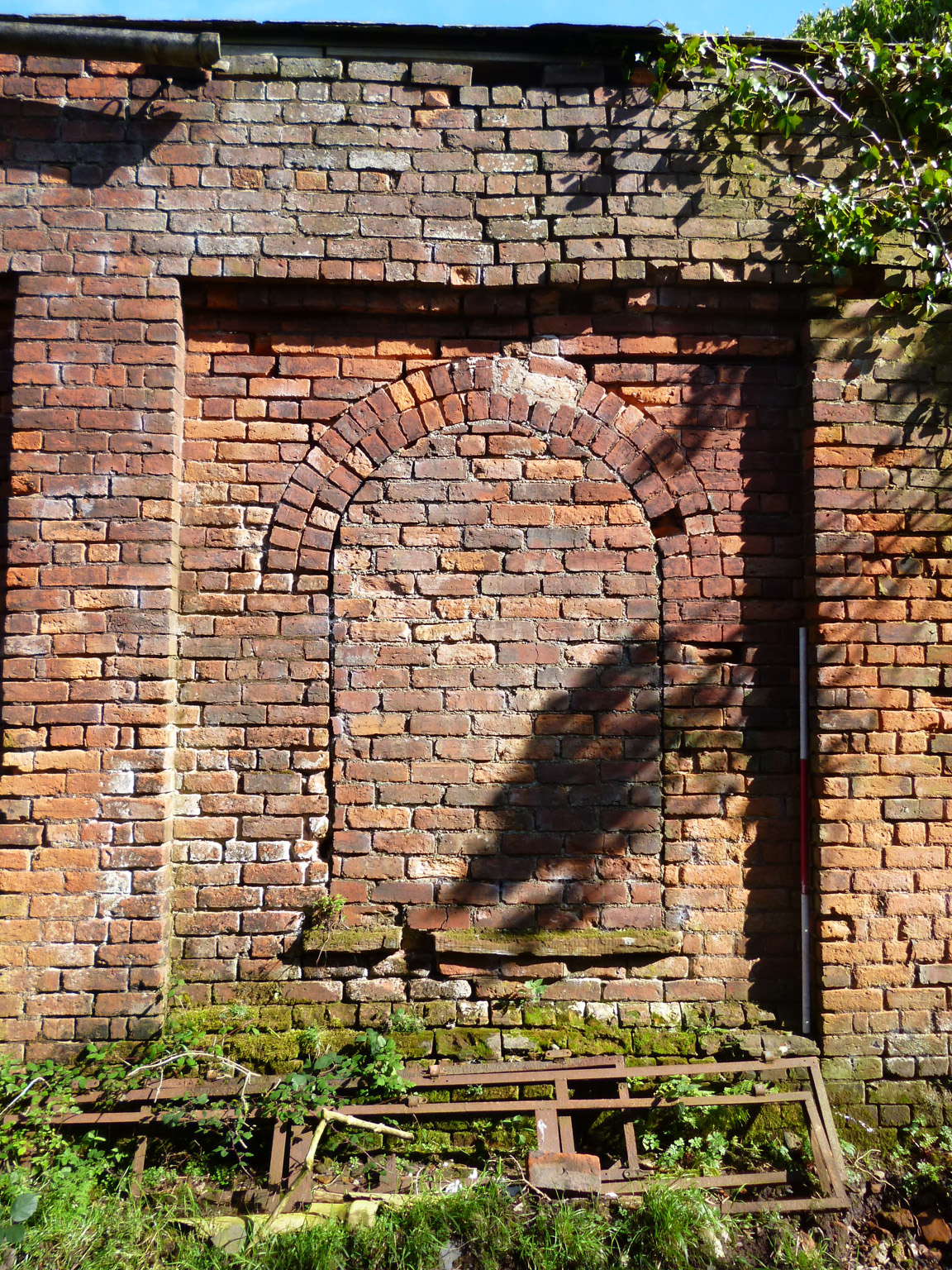 Blocked window in the barn on land to rear of Rose Cottage, Stank
© 2015 Greenlane Archaeology Ltd