Barn to West Side of Denton Side Cottage, Sebergham

Following the submission of a planning application for the conversion of a stone barn at Denton Side Cottage, Sebergham, including the addition of a new two-storey addition to the west side, a condition was placed requiring an archaeological watching brief. A heritage statement carried out previously suggested that the barn was the remains of a corn mill, with the millrace running along the west side, however, re-examination of the Ordnance Survey map from c1868 showed that the site of the mill wheel and wheel pit was more likely to be to the south of the barn. The mill race to the west of the barn was apparently infilled during the 20th century. The watching brief monitored excavation of the foundation trenches for the extension, which would potentially cross part of the line of the former millrace, as well as the excavation for a septic tank to the north-east. A small quantity of probably 19th or early 20th century finds were recovered from the topsoil but no features of archaeological interest were revealed. It seems likely, therefore, that the mill race was at least partially destroyed rather than infilled in the 20th century sometime before 1974. 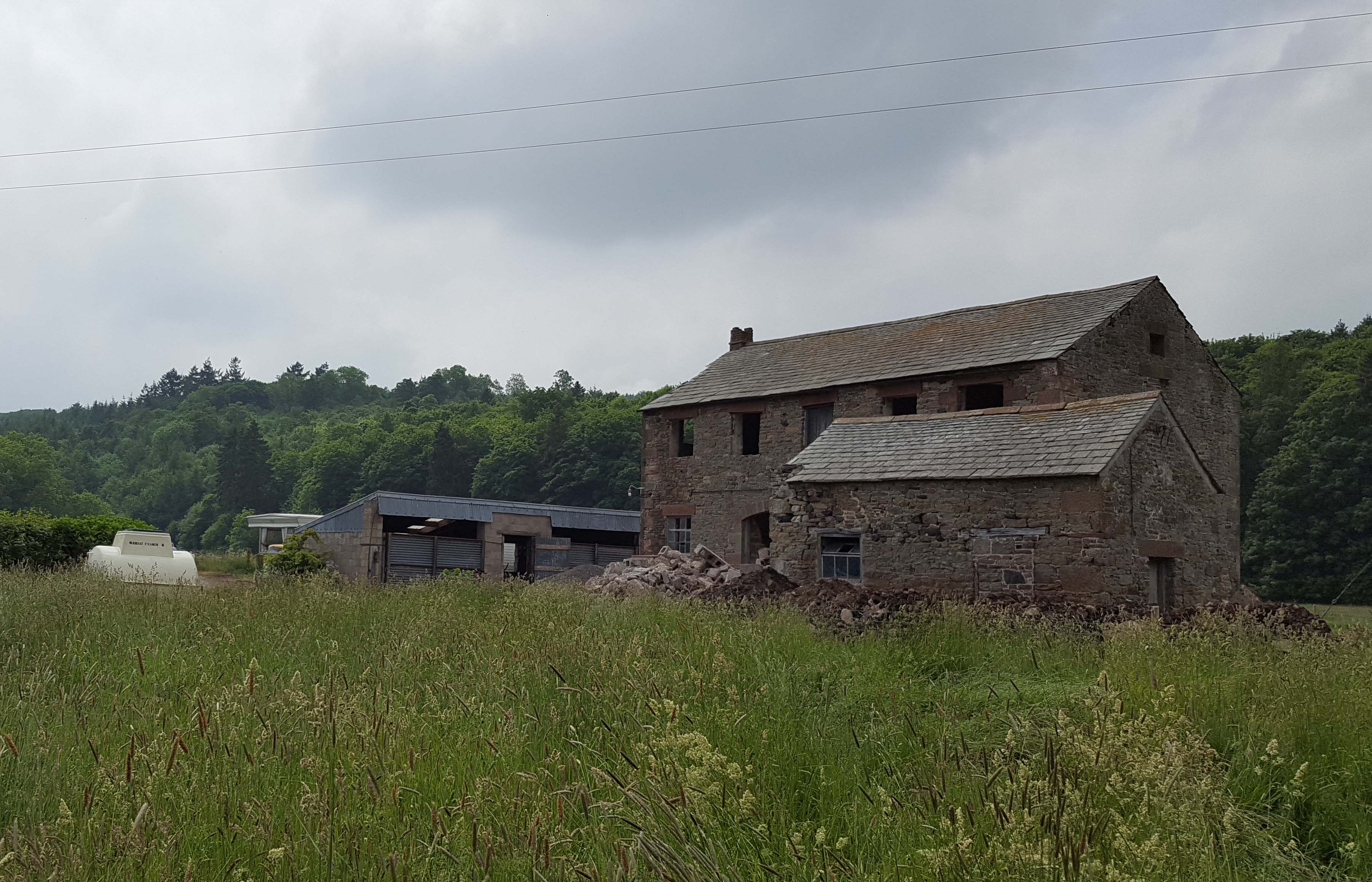 View of the barn 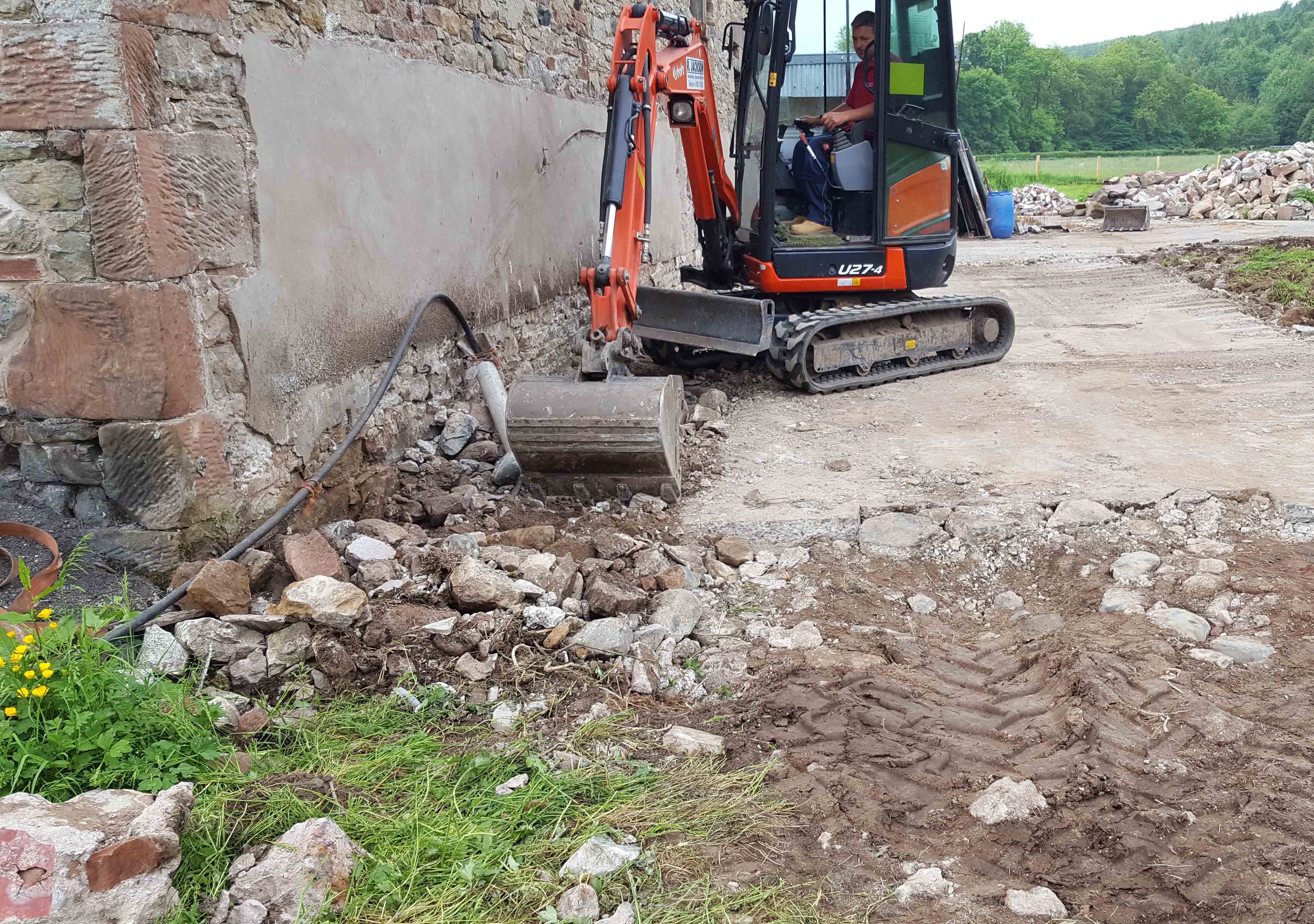