Following the submission of a planning application for the conversion of a group of barns at Cautley Farm, Whassett, Milnthorpe, Cumbria, into dwellings, a condition was placed requiring an archaeological building recording. Greenlane Archaeology was commissioned to carry out the work, which was carried out in May 2018, and was intended to form a permanent record of the structures as well as providing an understanding of their development and significance.

The building recording revealed that of the three buildings the earliest is probably the central one, the footprint of which is clearly shown on the tithe map of 1839. It was constructed as a variant bank barn in the 18th or early 19th century. The two other buildings were probably built shortly thereafter and although three buildings existed on the site by 1839 the ones to the east and west only took their present form by the end of the 19th century. The one to the west formed a small dwelling, probably for itinerant farm labourers, and the one to the east was either housing for cattle or calves or a stable. The bank barn and dwelling saw a number of alterations during the later 19th and 20th century, the former being subject to considerable building along the east end of the south wall, probably due to structural problems, and internally there was some reorganisation of the animal housing and the trusses were replaced. The dwelling was extended to the west but was later converted to provide additional animal housing.

The bank barn represents a good example of this form of building, although it has been subject to considerable alteration. The other two buildings are more unusual, and the small dwelling represents a relatively rare example of what is known as a ‘paddy house’, although others are recorded in the wider region. 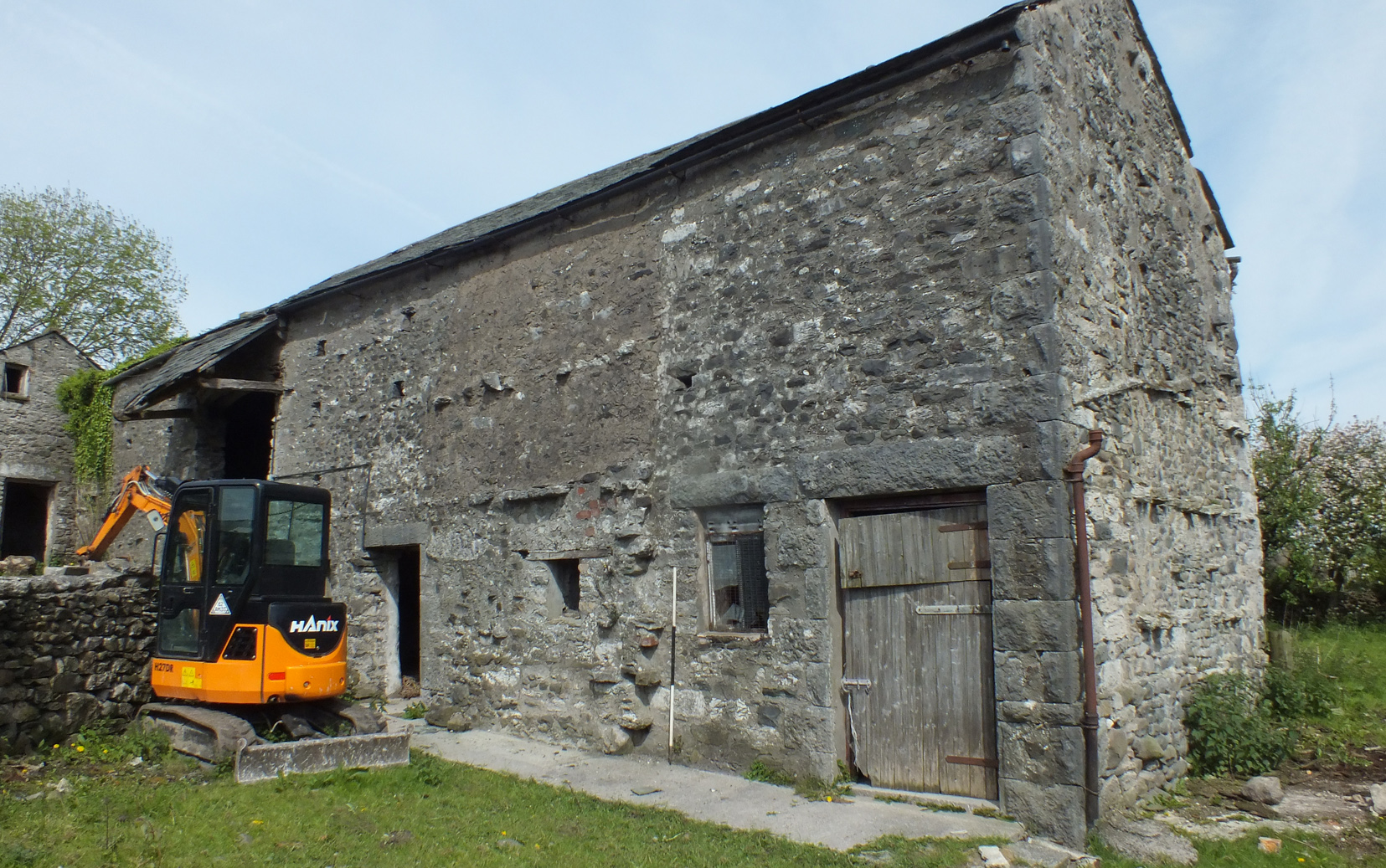 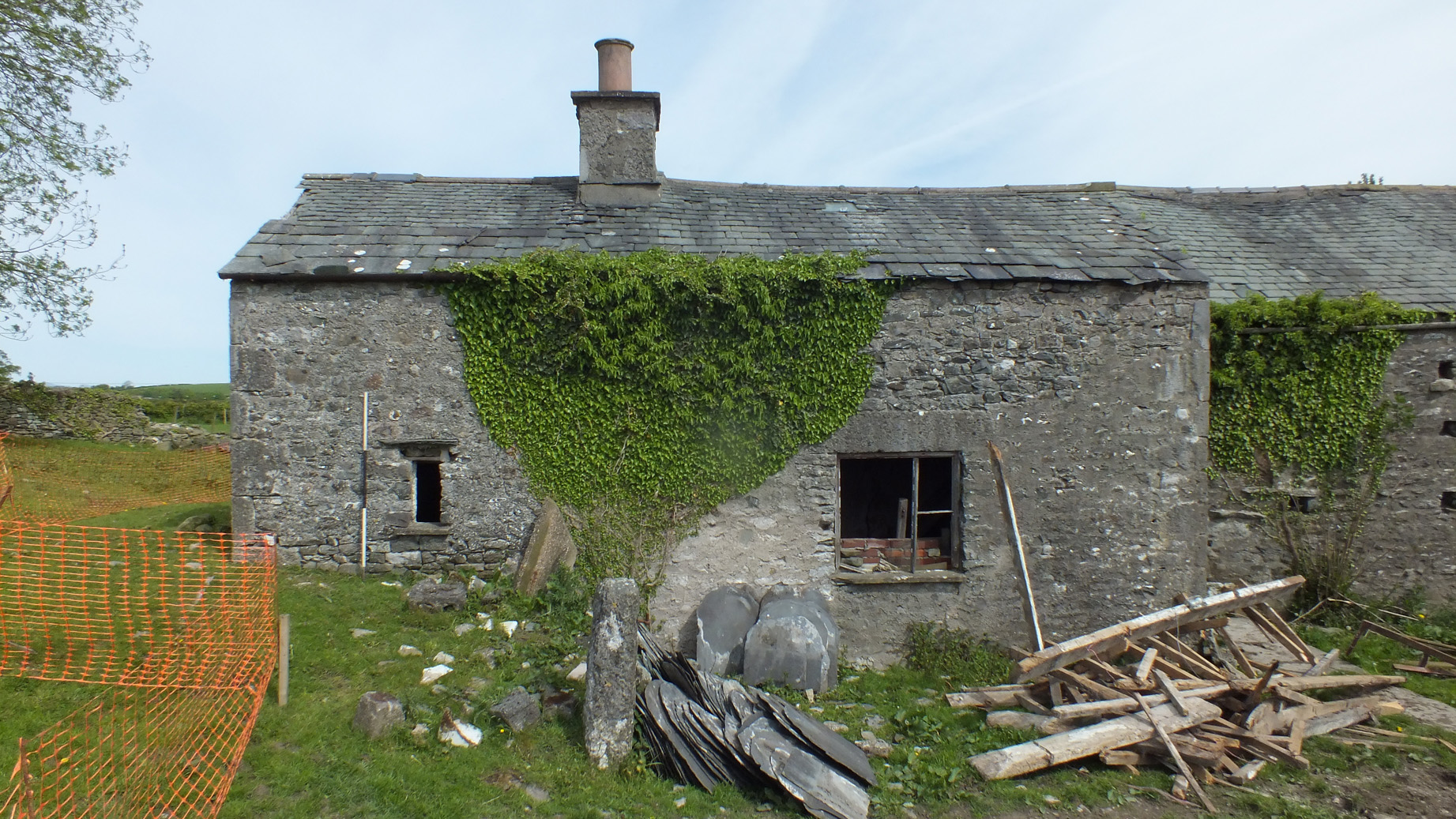 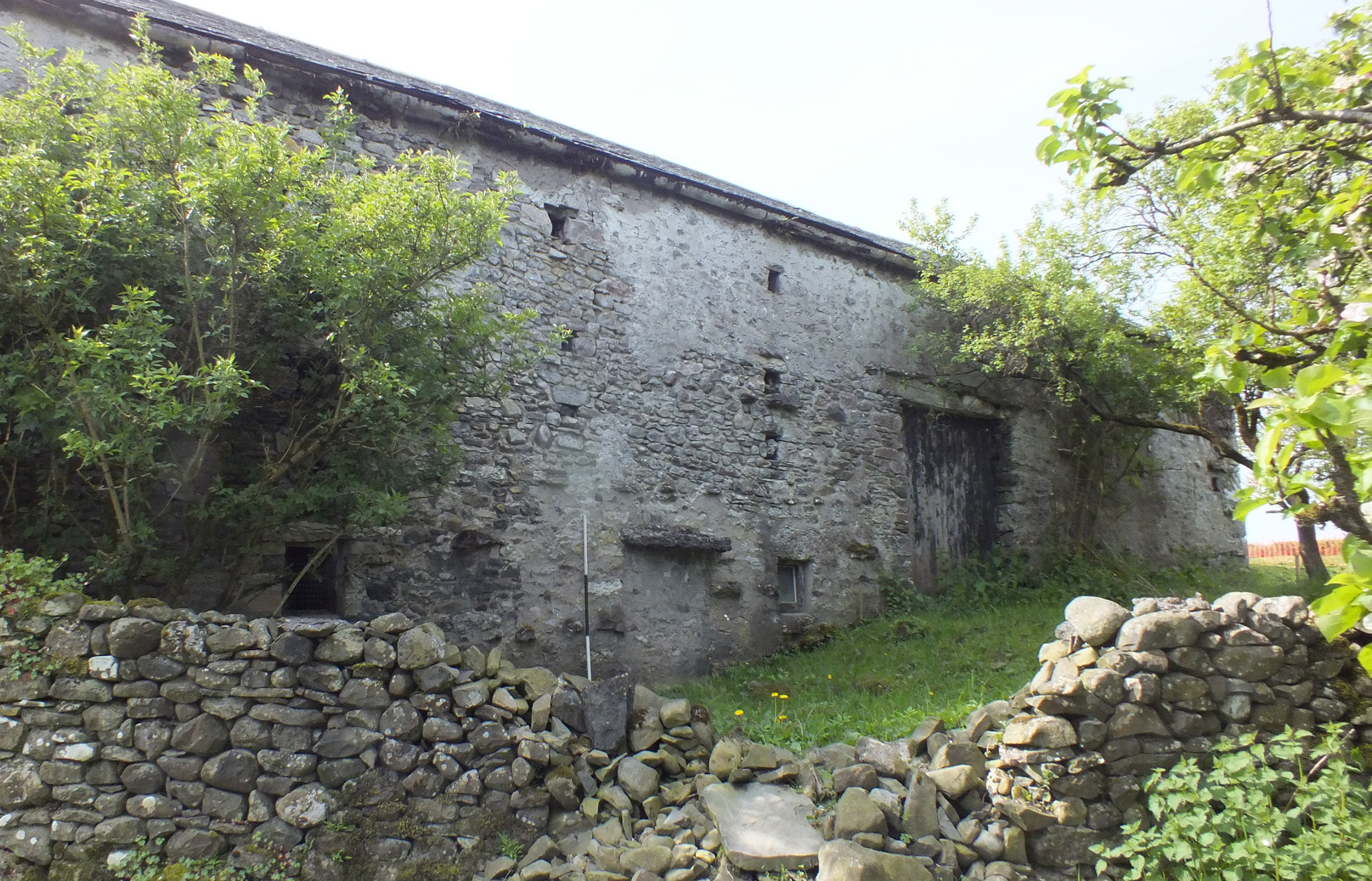