Prior to the submission of a planning application for a proposed housing development on land off Beetham Road, Milnthorpe, Cumbria Greenlane Archaeology was commissioned to carry out a desk-based assessment and geophysical survey of the site. The project was commenced in February 2021 and completed in July and August 2021. The site is located to the south of the centre of Milnthorpe in an area containing a range of archaeological remains, the earliest of which comprises a Bronze Age cremation cemetery. The majority of the known archaeological remains are of later date, and include stray finds of Roman and later date and a range of features of post-medieval date.

An examination of the historic maps and lidar data and a site visit revealed a collection of earthworks that evidently correspond to former field boundaries. The geophysical survey also showed these up and associated historic ploughing, but did not reveal any other features of definite archaeological interest, although various anomalies were discovered. No specific constraints to further archaeological work were identified, although a gas pipe is known to run across the southern end of the site, high voltage overhead cables run over part of the centre, and it is evident that the southern end at least has been subject to more recent ploughing and improvement.

In view of the archaeological evidence from the wider area, and taking into account the results of a site visit, there is some potential for previously unknown remains of archaeological interest to be present within the proposed development area, potentially of Bronze Age, medieval and post-medieval date. It is apparent, however, that the area has been previously impacted on by a range of things, including the existing gas pipe and another buried pipe revealed in the geophysical survey at the north end. The earthworks relating to the former field system are of some interest and could be medieval or older in origin. Some of the anomalies identified in the geophysical survey might also be of archaeological interest. 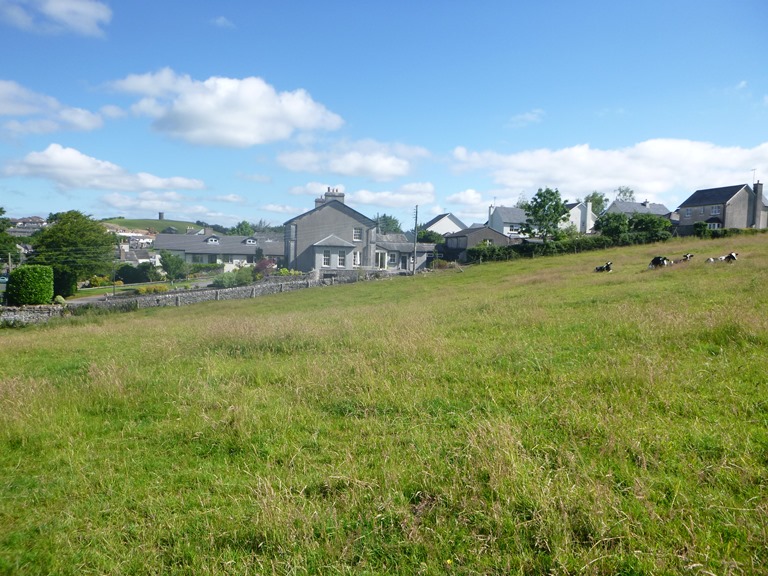