A planning application was submitted to convert a disused barn into a residential dwelling at Black Yeats Farm, Crooklands, near Milnthorpe. After a recommendation by Cumbria County Council Historic Environment Service, South Lakeland District Council placed a condition on the planning consent requiring a programme of building recording.

A rapid examination of the early maps of the area and documentary sources revealed that there was no evidence for the barn or even the farm until 1829, although this may be because it was not considered significant enough to show on the first detailed maps of the county. The present structure was certainly in existence by 1841, however, although the first map to depict it does not show all of the buildings. By the time the subsequent Ordnance Survey maps were produced it had taken essentially its present form, although with additional outshuts against the north-west end.

The building recording revealed that the structure comprises a bank barn, combining a threshing floor on the upper ground floor, and housing for cattle on the lower ground floor. It may have been extended at the south-east end at an early date, perhaps to provide accommodation for farm workers or for additional storage, and later a two-storey outshut was added to the north-east side to provide additional accommodation for cattle. The construction date of the original building is not certain, and although stop-chamfer decoration more typical of the late 17th century was used throughout on much of the timber this contradicts the map evidence. This is, however, unreliable, and so the earlier date is perhaps more likely.

The full report is available on the Archaeology Data Service website: https://archaeologydataservice.ac.uk/archiveDS/archiveDownload?t=arch-700-1/dissemination/pdf/greenlan1-26677_1.pdf 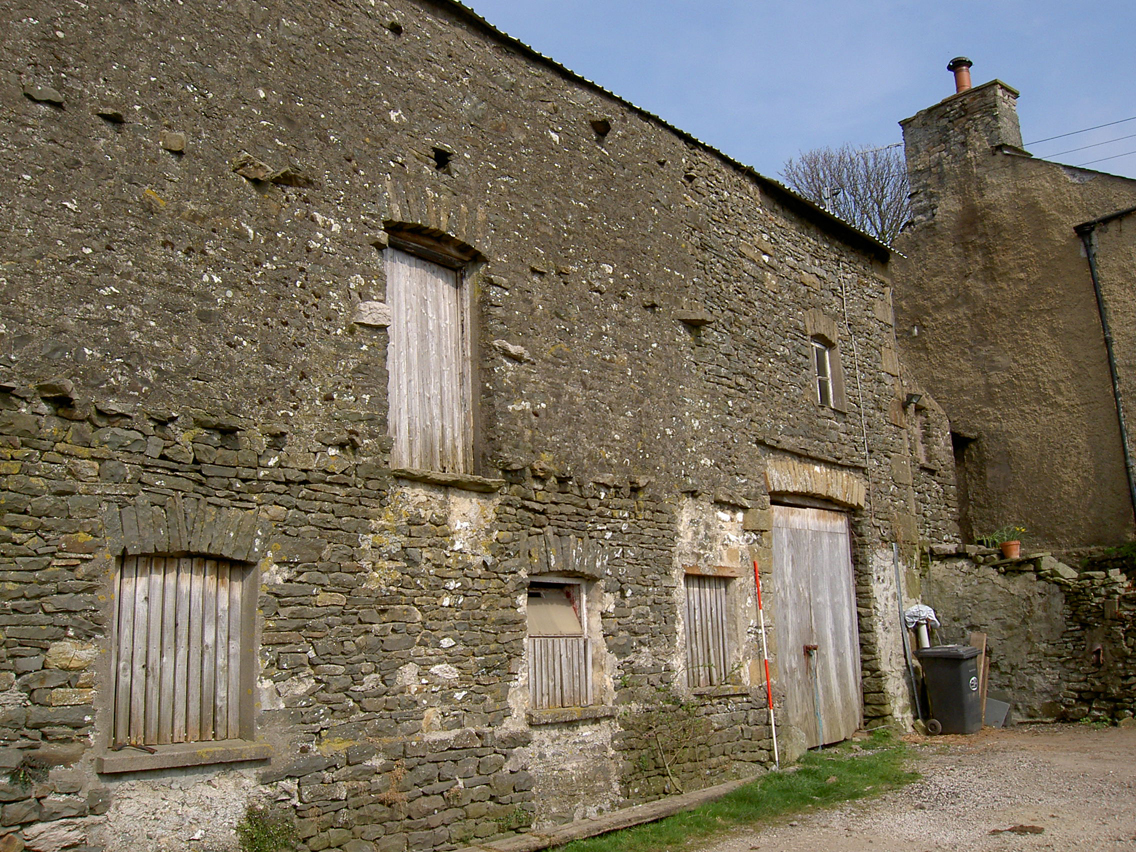