Following submission of a planning application for the erection of a single storey rear extension at the Boot and Shoe Hotel, Lancaster, a condition (No. 7) requiring a programme of archaeological work was placed on the decision notice by Lancaster City Council. This was to comprise an archaeological watching brief, which was carried out by Greenlane Archaeology in August and September 2016.

The watching brief monitored an area immediately adjacent to the south side of the Boot and Shoe Hotel and an area to the south-west of The Faulkner Suite. The area to the south of the Boot and Shoe Hotel revealed no features and yielded finds of mostly post-medieval date, including fragments of vitrified fire brick and a pan ring, probably derived from the pottery kiln that was formerly situated in Scotforth, to the east, which has not been recorded archaeologically.

The area revealed a remarkably well-preserved sequence of deposits, primarily comprising a buried soil containing pottery of medieval and post-medieval date, but also a single sherd of Roman pottery. A concentrated spread of stones associated with medieval and post-medieval pottery was recorded to the south-west of The Faulkner Suite, as was a small pit and a linear feature that corresponds to the property boundaries shown on early plans of the area.

The watching brief, although relatively small in scale, provided a remarkable amount of information about the origins of Scotforth, demonstrating limited activity in the Roman period and continuous activity on the site from the medieval period onwards. 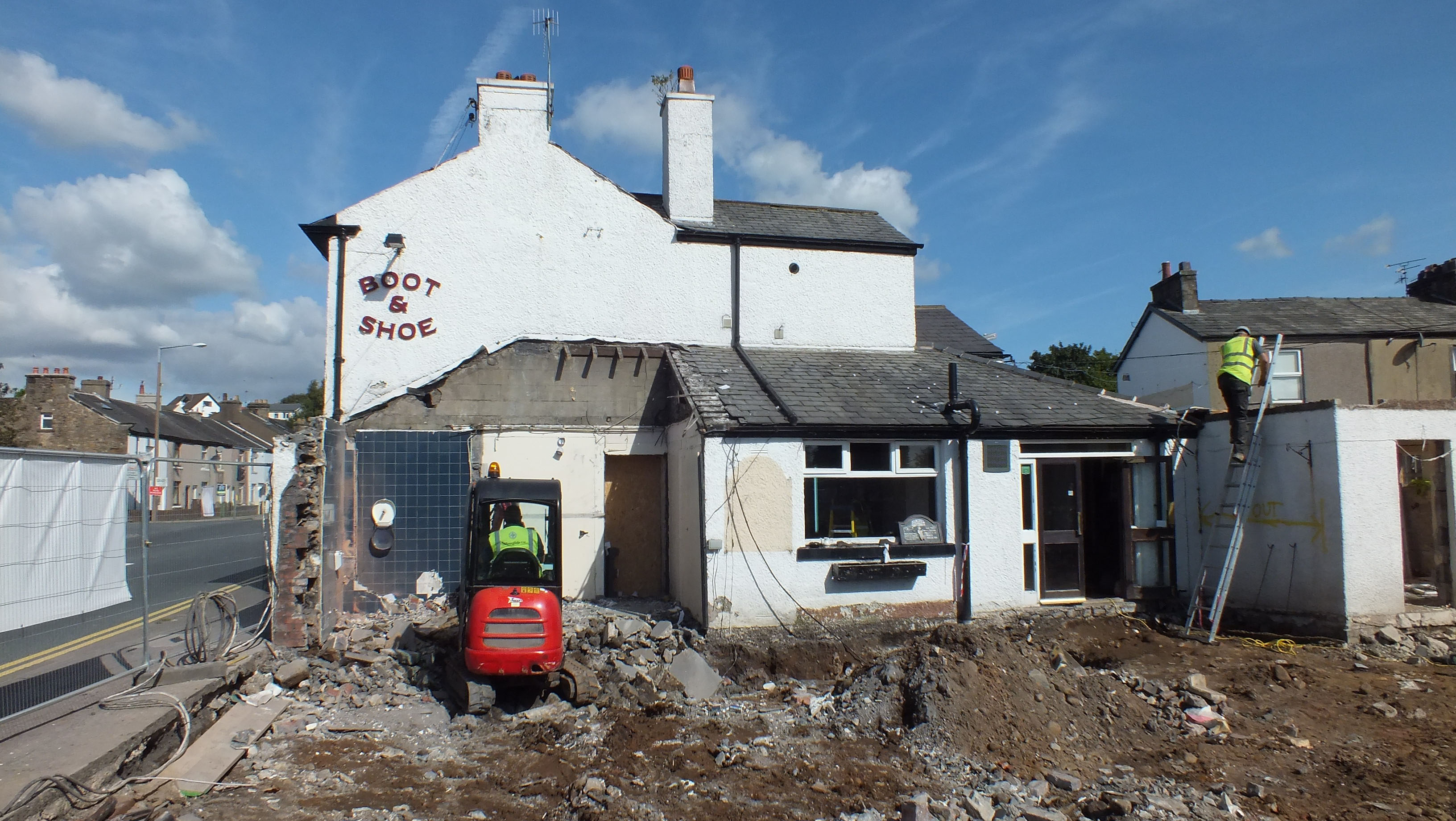