A desk-based assessment and geophysical surveys on land at Brackensghyll, Sedbergh, highlighted the potential for undisturbed archaeological remains to be present relating to medieval and/or post-medieval settlement at the site. An archaeological evaluation carried out in February 2014 only recorded evidence for post-medieval activity dating from the 18th century onwards and the results and conclusions of the watching brief repeat those of the evaluation: the lack of finds or features from periods earlier than the post-medieval period indicates either that this part of Sedbergh remained undeveloped until after the medieval period (despite being in an area thought to reflect development of the town at that time) or remains from earlier periods have been lost due to subsequent development of the site. Post-medieval features relating to the earlier layout of the formal garden were observed, including former tracks to the east and west sides of the site, and part of a small building was recorded in the north-east corner. A concentration of horse bone outside and to the west of this may relate to knackering activity nearby, perhaps along Main Street, in the post-medieval period.

The full report is available on the Archaeology Data Service website: https://archaeologydataservice.ac.uk/archiveDS/archiveDownload?t=arch-700-1/dissemination/pdf/greenlan1-180873_1.pdf 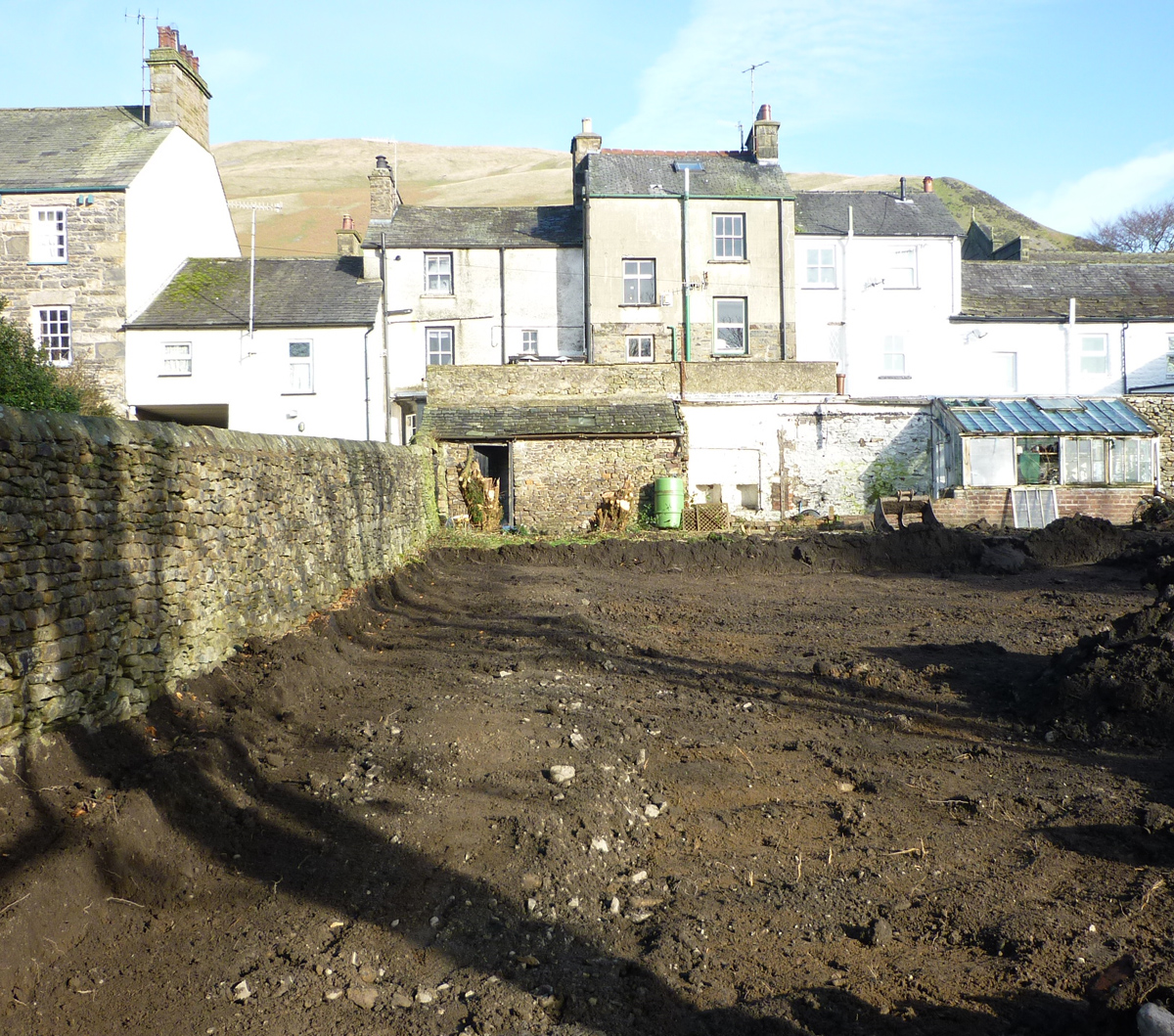