Following the submission of a planning application for a residential development at the site of the former Cumbria County Council Offices, Brogden Street, Ulverston, Cumbria, Greenlane Archaeology carried out an archaeological watching brief of the site. Cartographic and historical sources demonstrate the site was on the edge to the medieval core of Ulverston. The development site is immediately adjacent to the site of Neville Hall, which was the manorial centre of the Neville family, which extended to the south-east of the town and has its origins in at least the 13th century. Neville Hall may have originally partially comprised a medieval pele tower. The site itself was within parkland associated with a Georgian mansion originally known as Littlecroft and later Lightburn House until development in the 1870s when a house known as ‘The Rookery’ was built on the site, some of which still remains. The watching brief revealed that the site had seen a considerable deposition of material, up to 1.5m in places, raising the ground level relative to that beyond the eastern boundary. All of this material appears to have been added in the post-medieval period, although a single sherd of residual medieval pottery was discovered in the earliest of these deposits. 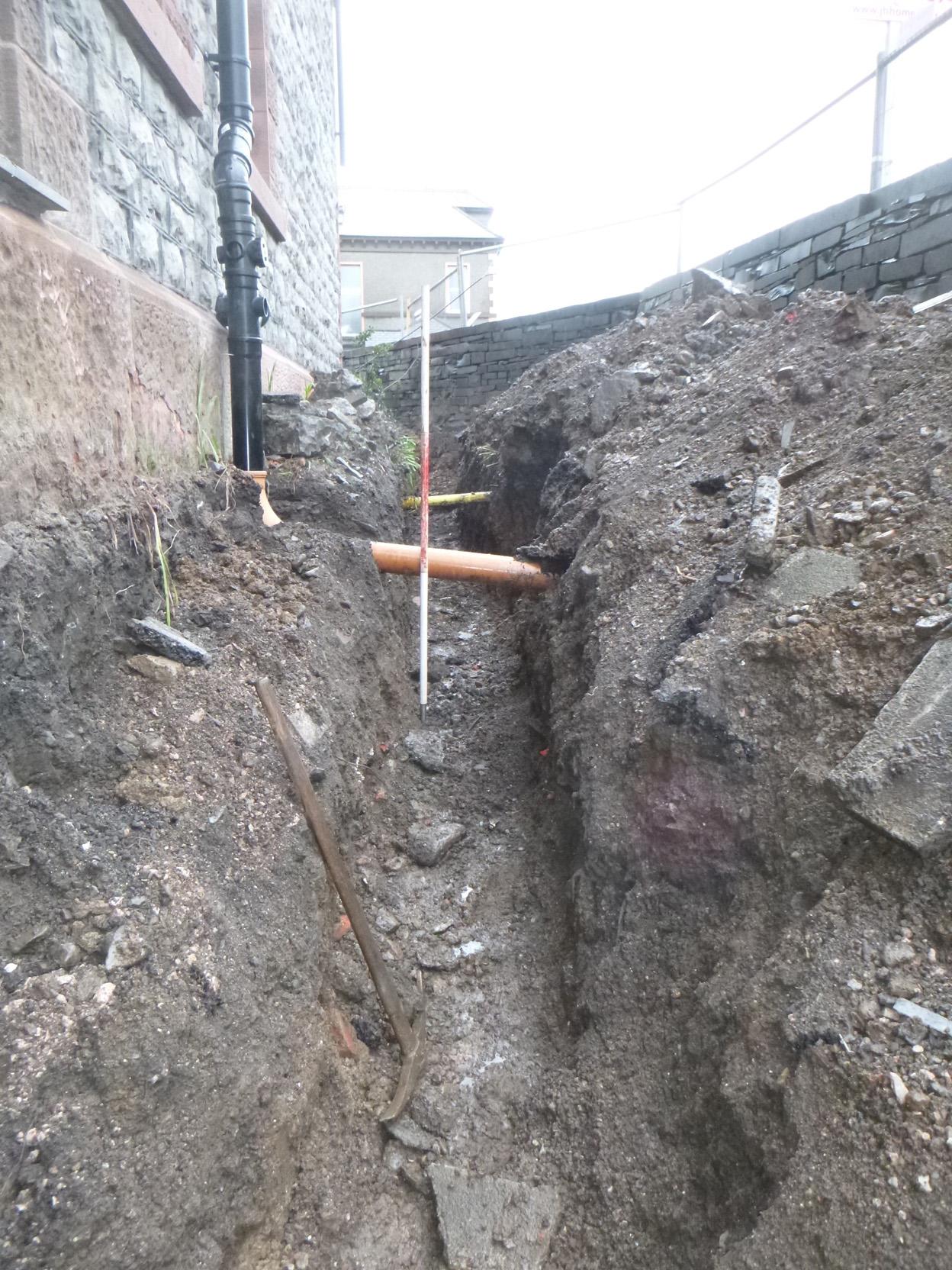