Following the submission of a Scheduled Monument Consent application for the carrying out of repairs to the footings of the pele tower at Burneside Hall Farm, Burneside, Kendal, Cumbria, a condition was placed requiring an archaeological watching brief of the associated groundworks. Greenlane Archaeology was appointed by the Trustees of the James Cropper 1989 and 1990 Settlement to carry out the work, which was undertaken in August 2018.

While there is evidence for human activity in the wider area from at least the end of the last Ice Age, and in the Roman period there was a fort south of Kendal, Burneside is first recorded in only the late 12th century, although the name suggests there was perhaps a settlement there before that date. The surviving elements of Burneside Hall include fabric of 14th century date, including the pele tower, the site being closely associated with the Manor of Burneside and owned by a number of prominent families. In the late 18th and early 19th centuries the village of Burneside came to be dominated by the presence of first textile mills and later a paper mill, which remains to the present day.

The groundworks comprised the hand excavation of a shallow narrow trench, partly extending below the south-west wall of the tower, in order to allow a new brick and concrete footing to be constructed to help support the wall where deposits had been lost by erosion. The trench was excavated in short sections and throughout a thin deposit of topsoil was encountered overlying the natural geological deposits, although a further deposit was encountered beneath a blocked doorway in the centre of the elevation, and a compacted deposit of possible concrete was found to the south-east of this. Finds recovered from the topsoil show that the erosion in this area could have begun as early as the 18th century, but there had clearly been some more recent disturbance, particularly associated with the blocked doorway in the centre.

Although very limited in scope, monitoring the groundworks did provide some additional information about the development of Burneside Hall, although primarily the manner in which it had been more recently affected by erosion and alterations to the fabric. No finds or features of early date were encountered although the manner of construction of the wall footing was observed. No specific evidence was found for activity predating the tower or evidence to aid its date. 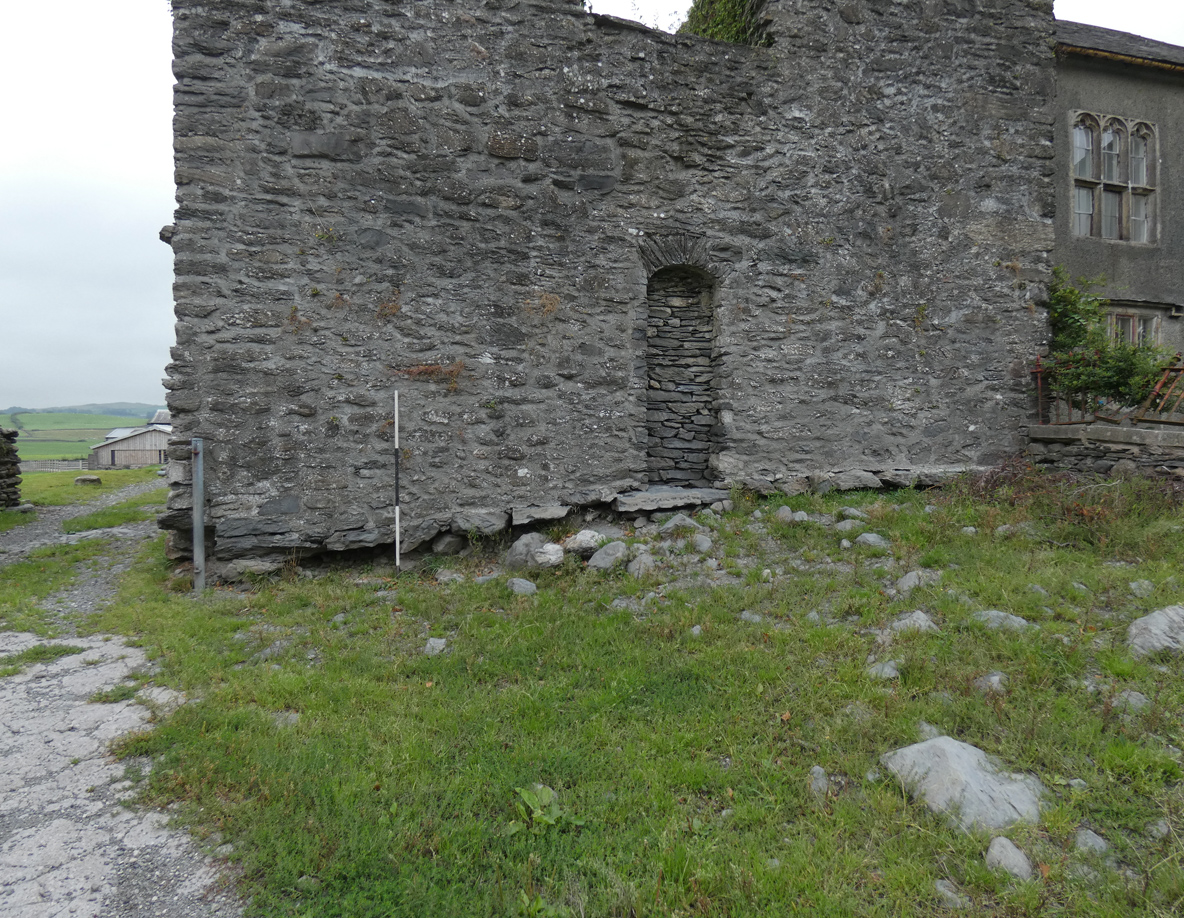 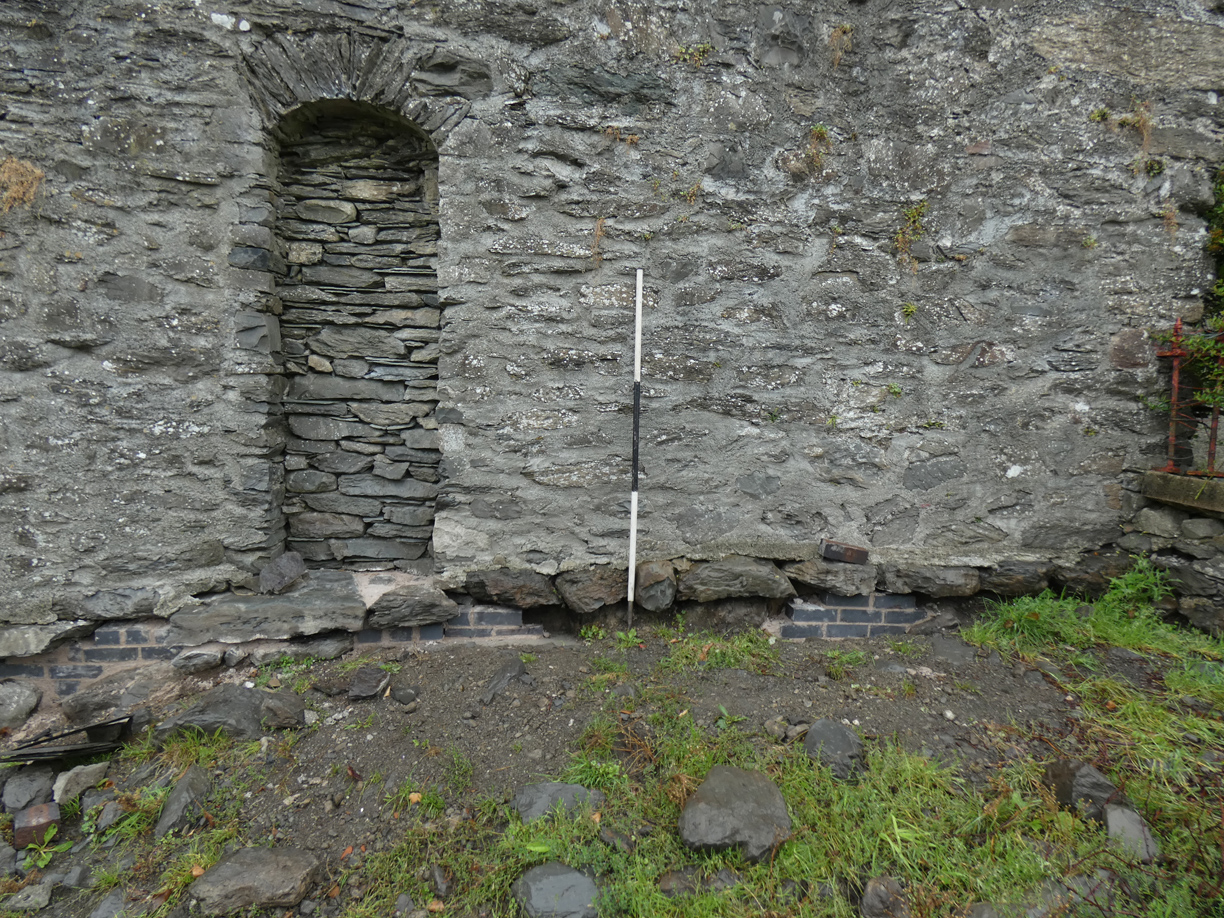