An archaeological watching brief was conducted during the course of groundworks associated with repairs to a damaged drainpipe crossing the bridge over the moat at Carlisle Castle, Cumbria. The site is located within the Scheduled Monument area for the castle, and the archaeological work was carried out on 31st March 2021.

Carlisle Castle is located on the site of a Roman fort established in the 1st century AD, which became the focus for a major Roman city and went on to be the focus of an important medieval settlement. A castle was first established on the site at the end of the 11th century, but the earliest surviving fabric is largely 12th century and later. It remained of strategic importance into the 16th century but as conflict on the border decreased by the end of the 18th century it gradually became less significant and poorly maintained. During the 19th and into the 20th century it became a garrison.

The current stone bridge is thought to have been constructed in the late 18th or early 19th century. A small area of the sett paving and sandstone pathway on the top of the bridge was lifted to pinpoint the origin of the leak. The damaged pipe was buried within a mixed silt deposit below the bedding material for the current surface of the road from which a small quantity of post-medieval finds was recovered. These finds potentially range in date from the late 17th to early 20th century; however, the deposit from which they were recovered probably dates from when the bridge was heightened and arched with stone in the late 18th century or shortly thereafter, perhaps when the site was used as a garrison during the 19th century. 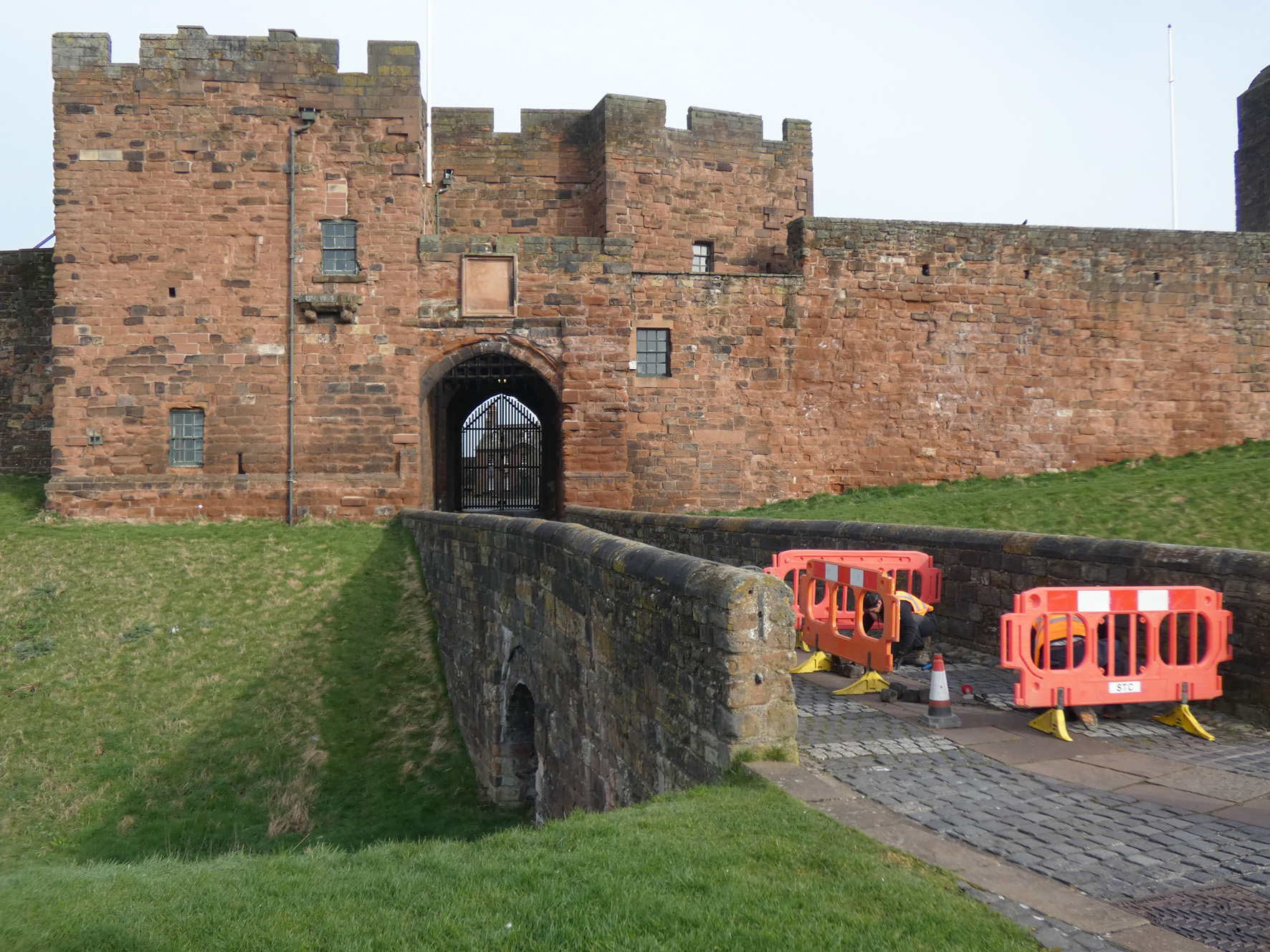 The bridge to the main gate
© 2015 Greenlane Archaeology Ltd