An archaeological watching brief was conducted during the course of core drilling in the dungeon / storeroom of the keep at Carlisle Castle, Cumbria. The floor of the room at the south corner of the keep had collapsed slightly in one spot as a result of the weight of water pooling in a depression close to a vent slot in the wall ultimately breaking the ‘crust’ of the floor and causing it to settle into a shallow void below. A castle was first established on the site at the end of the 11th century but the earliest surviving fabric is largely 12th century and later.

Each of the core samples revealed that a reddish-brown clay continued without any voids to a depth of around 3m below the surface. Below that was a softer dark brown silt deposit. No finds or archaeological features were observed; however, information from the core samples themselves will inform decisions about how best to repair the floor and reopen the space to the public. 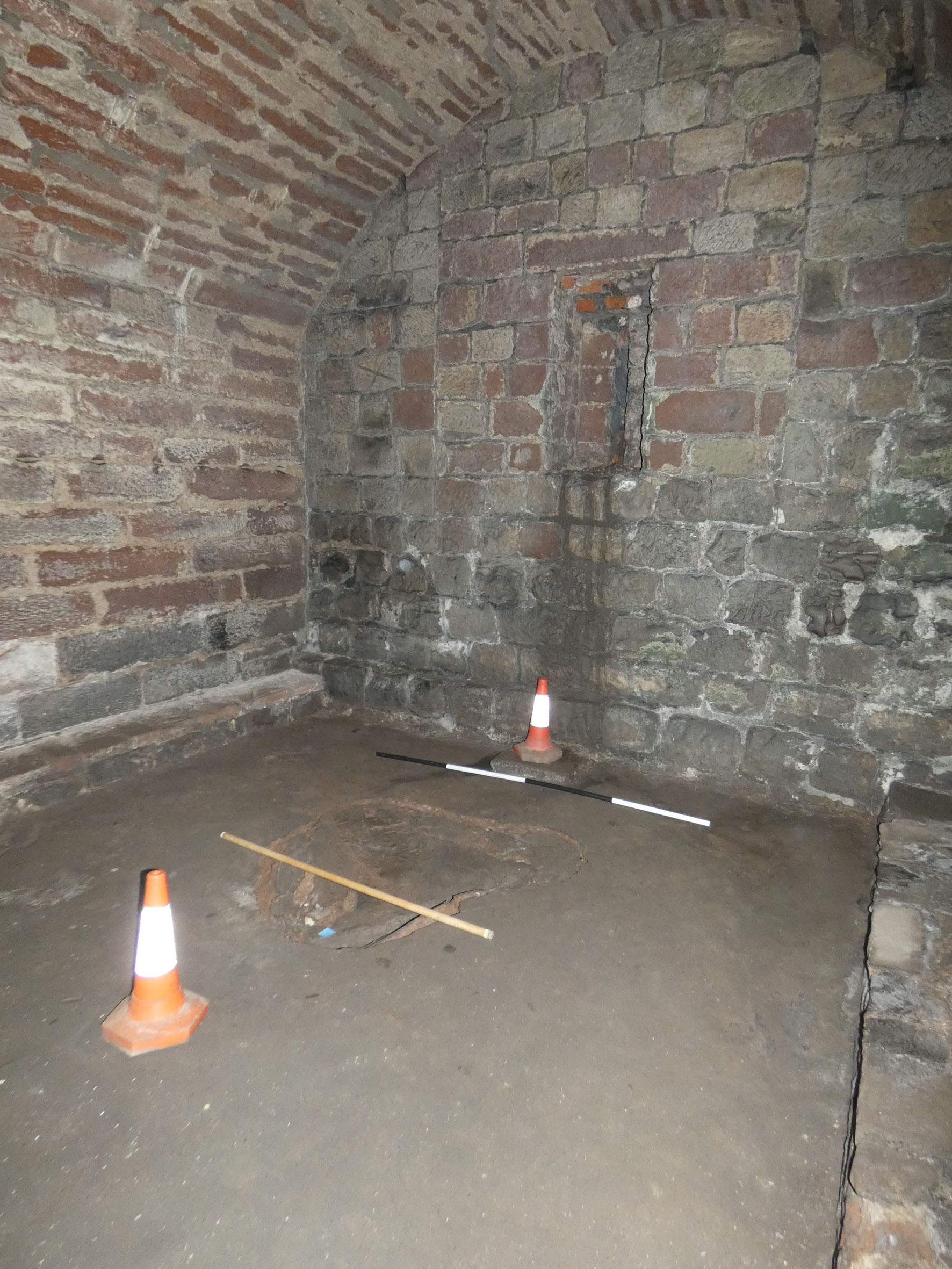 The sunken patch of the floor 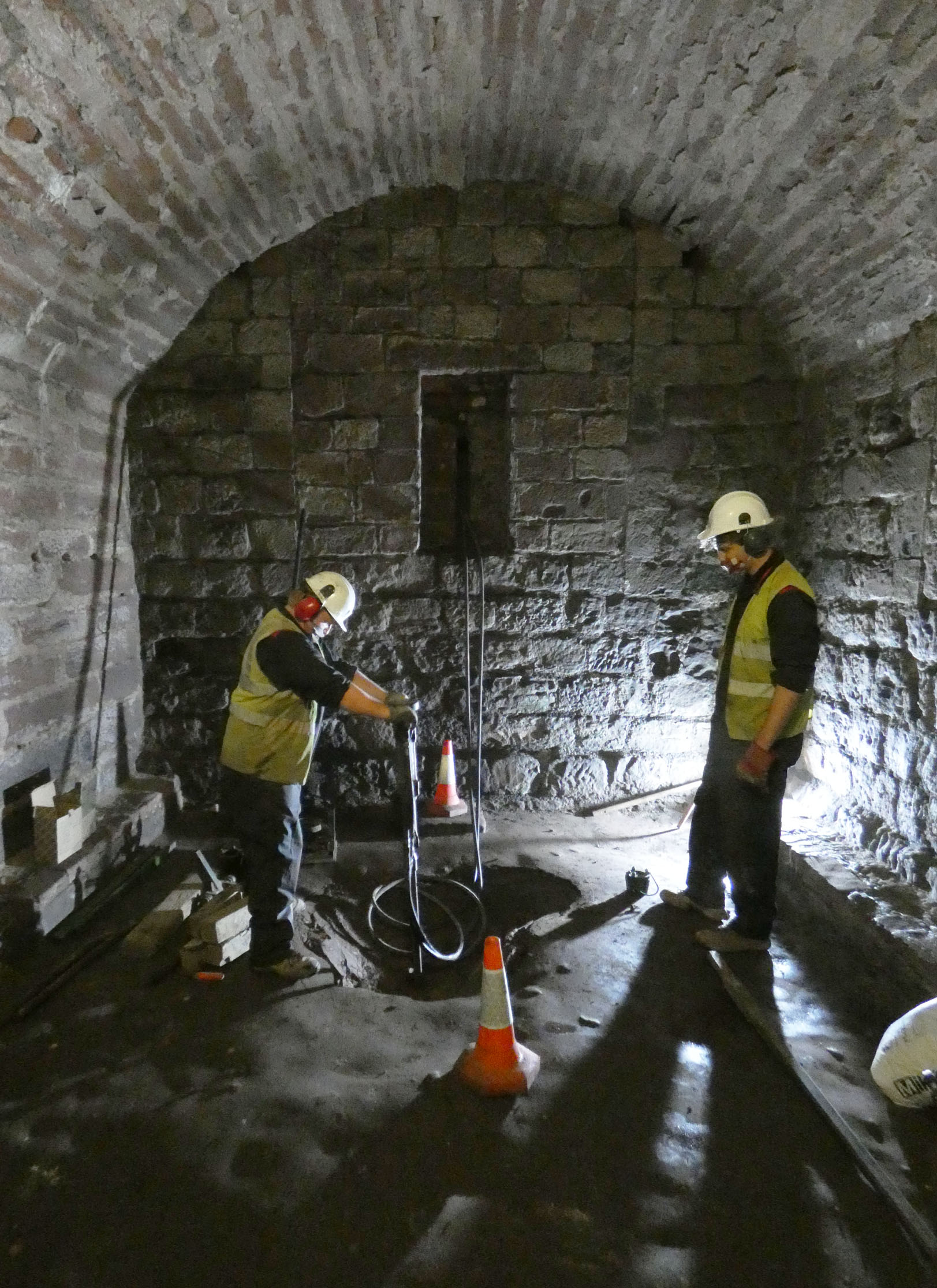