A heritage assessment was produced after The Castle Dairy, Kendal, was flood damaged in December 2015. A number of elements of the building were assessed and included the excavation of several test pits in three of the ground floor rooms. The test pits revealed that in general the floors had been modified quite recently, the flags clearly having been re-laid in the late 20th century on a deposit of rubble probably put in place in the 19th century and an intact clay tobacco pipe bowl of 17th century date was recovered from beneath the cobbled floor in one of the rooms. Examination of the east external elevation of the Dairy, which was exposed and recorded while work was being carried out on the adjoining site to the east, showed that during its earliest phase it extended further to the east than originally thought and confirmed that the wing to the south was a later extension and the outshut to the north had been cut in two, probably in the early 20th century. 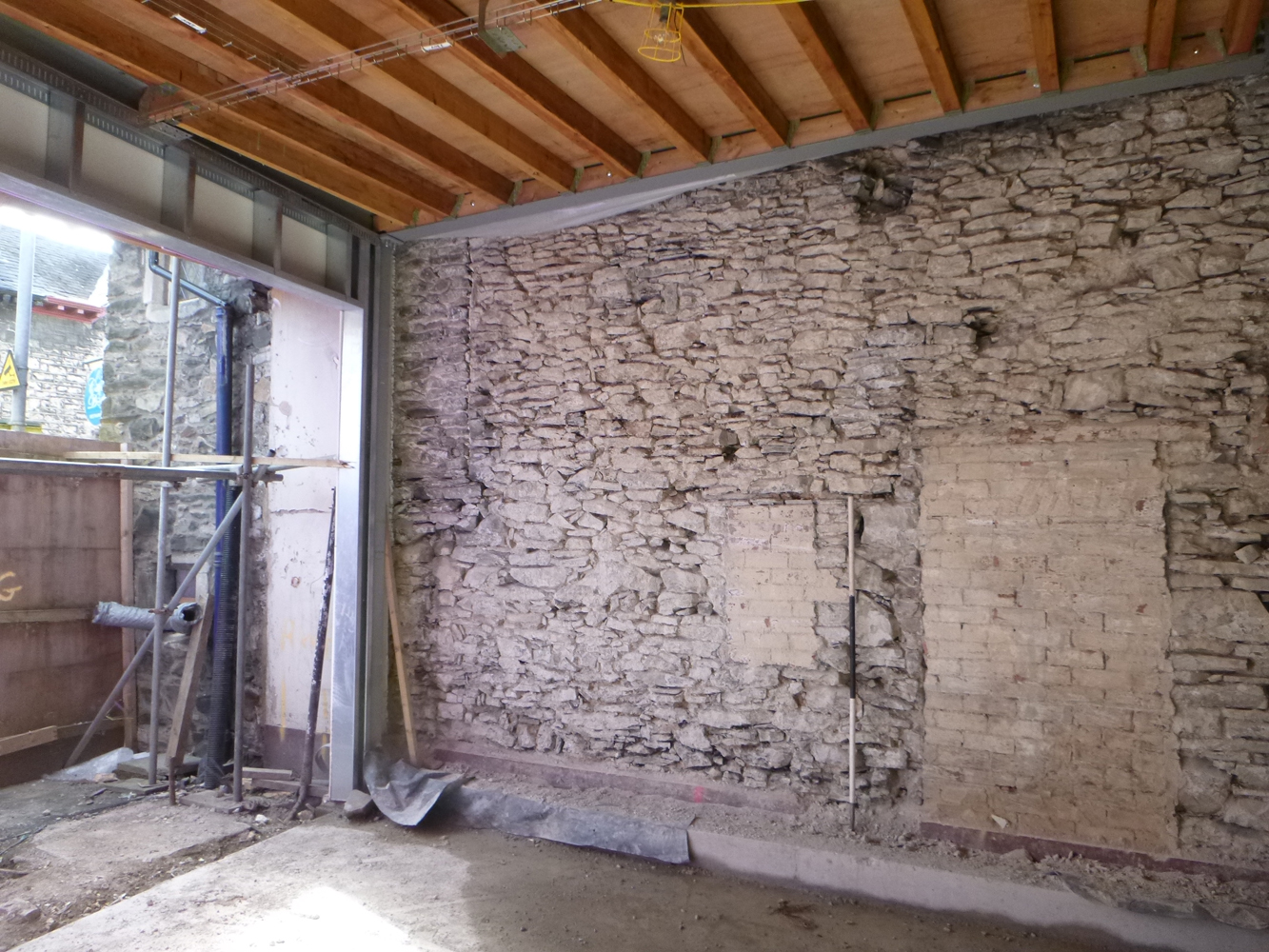