Following the submission of a planning application to construct a new extension on the west side of Castle Hill Farm, Beckside, Pennington, Cumbria, Greenlane Archaeology was appointed to carry out an archaeological watching brief on the groundworks. The work is located within the Scheduled Monument area for the Castle Hill ringwork, which is thought to be of medieval origin, and so Scheduled Monument consent was first obtained for the work. The watching brief was undertaken in September 2020.

The origins of the ringwork are uncertain, as it has never seen any substantial archaeological investigation, but it is thought to be probably medieval in date, and is perhaps most comparable to the nearby Aldingham Motte, which was most likely constructed in the 11th century and abandoned by the 14th century. Castle Hill’s association with the lords of the manor, the Penningtons, is unclear, and it has been suggested that they had a manor hall on a different site. In any case, they had relocated to Muncaster by the 14th century so it seems unlikely that any substantial property would have been maintained in Pennington.

The groundworks comprised levelling the site and excavating a C-shaped set of foundation trenches extending from the existing farmhouse. The earliest deposits comprised the natural clay, present across the site in the base of all of the footing trenches and preserved as an island on the south-east side of the site below a former outshut. The earliest features of archaeological interest were laid on top of this or cut into it, and comprised a shell midden and possible cesspit. The former was associated with a single sherd of late medieval pottery, which indicates its likely date. Although the latter could not be directly dated, it evidently ran underneath the west side of the current farmhouse and so is probably also late medieval. Later features primarily comprised extensive drains cut across the site, dating from the late 19th or early 20th century onwards, and remains associated with a former outshut, which were clearly 20th century in date. Finds of interest include a small flake of flint or chert recovered from a sample taken from the shell midden, perhaps indicating a late Mesolithic or early Neolithic presence on the site, and haematite and ironworking slag from the cesspit and shell midden, denoting iron smelting on the site in the late medieval period.

Although relatively limited in scope the watching brief revealed a remarkable amount of remains and provides some evidence about the development of the site at Castle Hill. The presence of a late medieval shell midden, dumped close to the earthworks and probably derived from the current farm rather than the ringwork, suggests that the latter had fallen out of use by that time. The fact that it was covered by a layer of hill wash derived from the earthwork bank further indicates that the ringwork was not being maintained after this date. The presence of material relating to ironworking is also of interest, although it is difficult to be certain whether this is something that was occurring on the site itself. 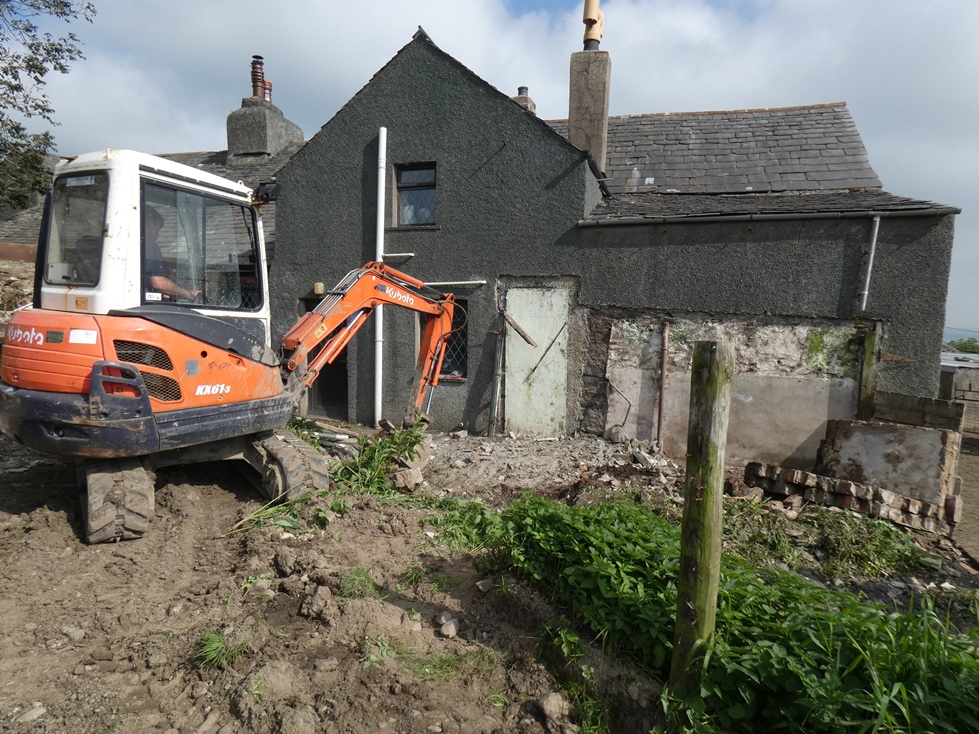