Following the submission of planning applications for the redevelopment of the remainder of the former charcoal barn at Newland, near Ulverston, Cumbria, and following consultation with South Lakeland District Council, Greenlane Archaeology was commissioned to carry out a heritage statement for the site. The building comprises a substantial former charcoal barn, part of which was converted for residential use in 2010, associated with the Newland blast furnace. The heritage statement comprised a desk-based assessment, which collated the available information relating to the former charcoal barn, in particular all the relevant maps of the site. The furnace was built in 1746-1747 by Richard Ford and his associates, who became known as the Newland Company. The earliest elements of the building, at the west end, were probably constructed shortly after the development of the furnace, but the charcoal barn went through various alterations and extensions before the first detailed maps of it were made in the mid-19th century. 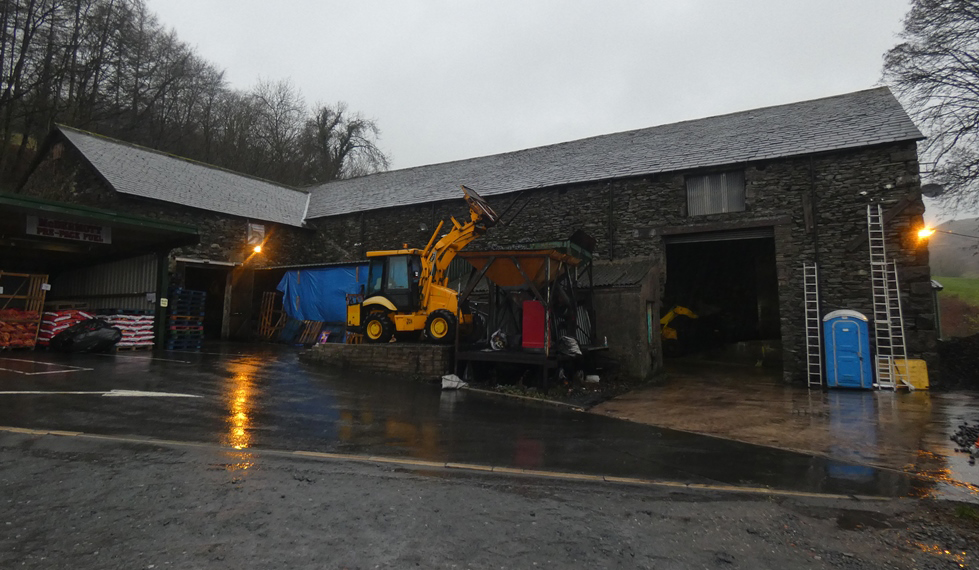