Following an application for planning permission by the Pendle Hill Landscape Partnership to create a new concessionary bridleway between Chatburn and Downham, Lancashire, and following discussions with the Lancashire Archaeological Advisory Service, an archaeological watching brief was requested to be undertaken on part of the associated groundworks where the route of the bridleway crosses the course of the Roman road between the forts at Ribchester and Ilkley. Greenlane Archaeology was appointed by Pendle Hill Landscape Partnership to carry out the work, which was undertaken on the 11th February 2020.

While the wider area has evidence of human activity from the end of the last Ice Age onwards the most significant feature within the proposed site boundary is the Roman road from the fort at Ribchester to the south-west, running east into Yorkshire. The raised agger of the Roman road is marked on Ordnance Survey maps of the area from the 19th century onwards, and its course is apparent from lidar imagery of the site. The road is aligned approximately east /west at this point. Chatburn and Downham are both recorded from at least the medieval period and formed part of the manor of Downham, although the place names are Old English and indicate an early medieval origin.

The watching brief monitored the stripping of an area approximately 10m long by 3m wide across the presumed line of the Roman road, in order to assess what survived of the Roman road so that subsequent work could be carried out in a manner that would avoid unnecessary damage to any archaeological remains that were present. In the event no obvious surface of the road survived, only a small area of cobbles, which may be part of the underlying surface of the road although they were some distance of the route suggested by the extant earthworks, and an area of very loose angular gravel. The gravel, while on the line of the road, was not the type of material usually associated with Roman roads and, while it could not be directly dated, may represent material dumped on the site at a later date. The cobbles were below a layer of subsoil that contained medieval pottery and so are clearly early, but are not obviously on the line of the road.

It seems likely that in this area the road, assuming it definitely ran through this area, has been considerably denuded of any original metalling, kerbstones, or any of the layers from which it would have been constructed. The field has almost certainly been subject to agricultural improvements such as ploughing, perhaps from as early as the medieval period on the basis of the finds. This, plus the proximity of the area monitored to the field boundary and gate, has presumably led to the loss of the majority of the original road structure, although variations in road building techniques based on local topography have to be taken into consideration. It is also conceivable that the gravel deposit represents a naturally occurring material and that the road was deliberately built along an existing ridge. 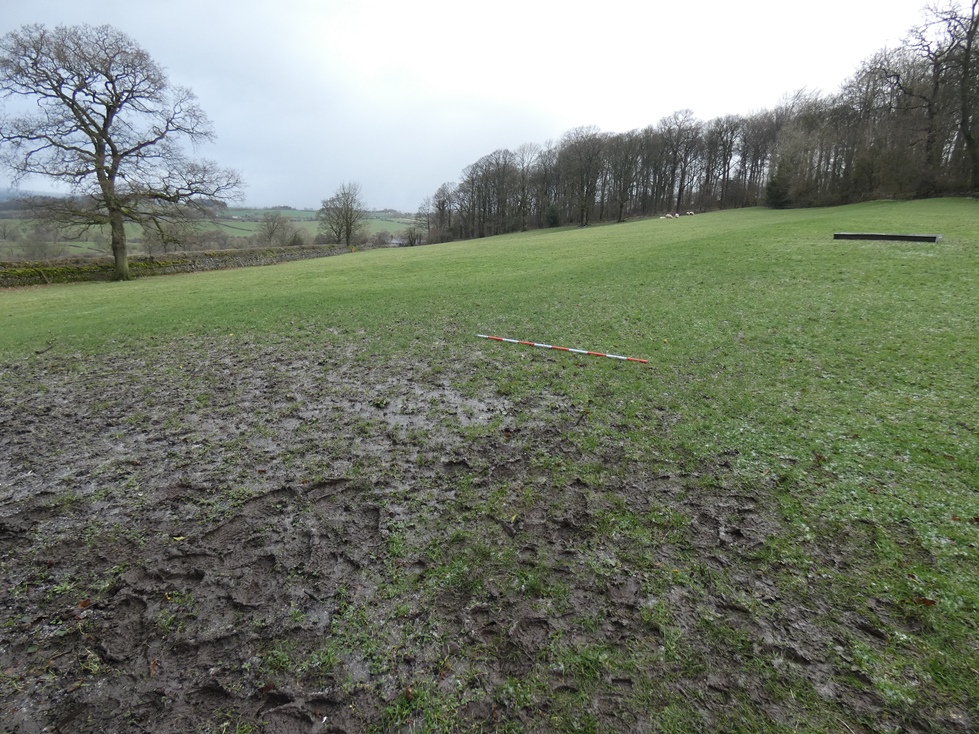 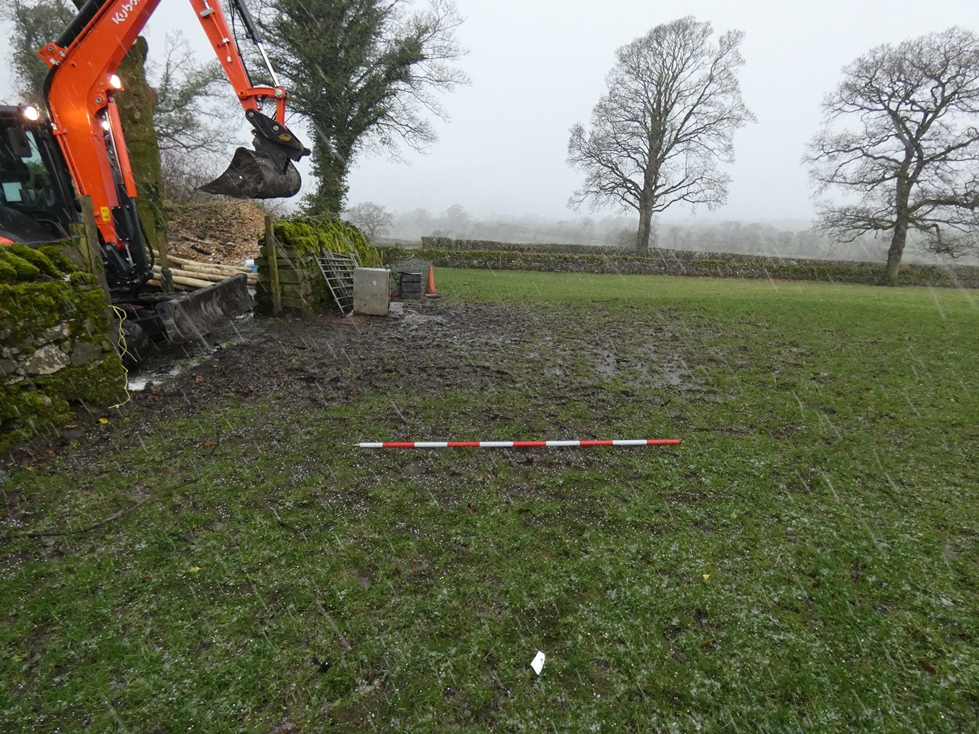