Prior to the submission of a planning application by Mr and Mrs Dewar for the conversion of an outbuilding for domestic use at Church House, Dalton-in-Furness, Cumbria a programme of building recording was carried out. This was following consultation with the Principal Planning Officer at Barrow Borough Council and the recommendations of the Cumbria County Council Historic Environment Service. A project design was produced by Greenlane Archaeology and following the acceptance of this the building recording was carried out in May 2008.

The outbuilding at Church House is in the curtilage of the Grade II Listed Bank House (to which Church House is attached) and on the edge of the historic centre of Dalton, in close proximity to both the castle and the parish church. A rapid desk-based assessment revealed that Bank House was occupied by the Butler family, who were important local conveyancers and solicitors, while the map evidence shows that the outbuilding was constructed between 1850 and 1889. The original function of the outbuilding is not clear, but it is certain, however, that it was used as a stable and possibly coach house and the small detached block was a wash house in 1907, when the estate was sold. A brief summary of the archaeological potential of the site was also produced, in order to inform any possible future new build carried out on site, and it was recommended that at as a minimum a watching brief be maintained during any such work, depending on where it was.

The building recording revealed four phases of development and alteration within the range of buildings, although the lack of detailed cartographic and documentary sources means that the dating and purpose of many of these is unclear. The earliest elements of the site cannot have been constructed until some time between 1850 and 1889, the earliest apparently forming an unusual tower-like building of two storeys. This was subsequently extended with a building that was probably used to house animals in some form, perhaps most likely as a stable. Curiously, the whole structure was then reorganised and largely rebuilt in brick, with new internal divisions, apparently to provide a range of spaces, perhaps associated with blacksmithing. More recently the roof structure was rebuilt forming a monopitch structure, and concrete pillars supporting iron beams were added to support the floors.

The building is unusual in many ways, perhaps partially on account of the difficult topography on which it is built. It does not conform to any obvious functional type, although this may be due to extensive alteration. It appears much earlier than the documentary evidence suggests, but this may be due to the extensive re-use of material. Indeed, this material includes a piece of a column, inscribed with initials, that originally formed part of the gate to the neighbouring parish church, and has apparently been lost since 1947.

The full report is available on the Archaeology Data Service website: https://archaeologydataservice.ac.uk/archiveDS/archiveDownload?t=arch-700-1/dissemination/pdf/greenlan1-56072_1.pdf 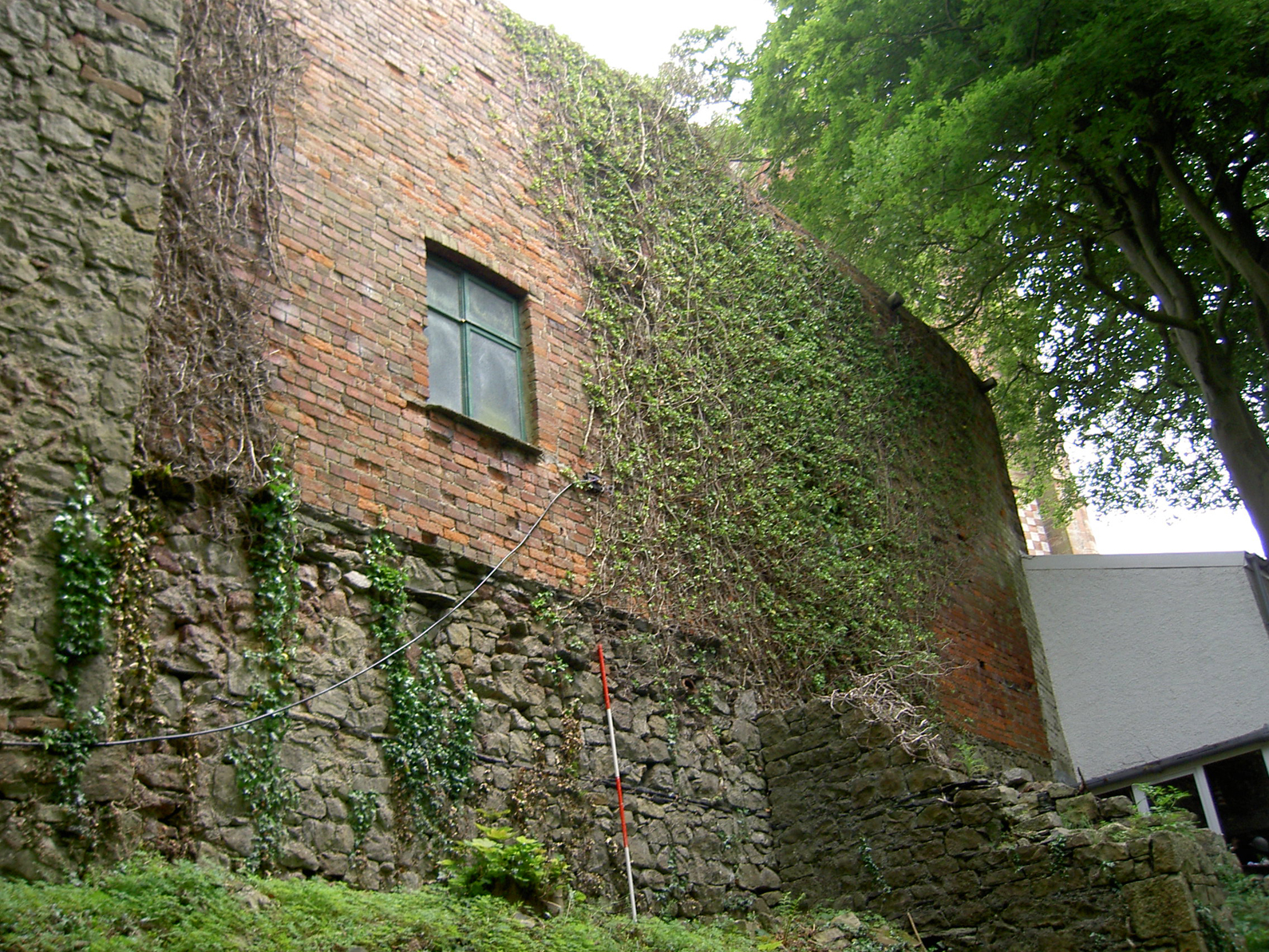