Following a planning application for the conversion of the former corn mill at Newland, Ulverston, Cumbria, a programme of archaeological investigation was requested by the Cumbria County Council Historic Environment Service. This comprised a desk-based assessment and recording of the standing buildings prior to their conversion. A watching brief was also carried out during the groundwork.

A mill is recorded at Newland from at least the 14th century, although the earliest reference to the settlement is c1196. The mill appears to have belonged to Furness Abbey before being acquired by the crown. In the mid 18th century it was purchased by a group of local businessmen intent on controlling the water supply in the valley so that they could establish an iron furnace. They became known as the Newland Company and the creation of the furnace and the subsequent movement of iron ore by the company via a jetty at Barrow ultimately led to the development of the town as a major port. The iron furnace remained in operation until the last years of the 19th century. By the 20th century the closure of the furnace led to a general decay of the related structures in the hamlet. The decline increased following a devastating flood in 1918. The mill was apparently used for a while after this date but it is not known when it went completely out of use or when it’s gearing, wheel, and machinery was removed.

It is uncertain whether the existing building was built following the acquisition of the site by the Newland Company in 1746 or whether they remodelled an existing mill. A section was cut through the head race and the structure of the wheel pit was recorded when it was emptied of rubble during the course of the watching brief. This monitoring and the building recording revealed that the mill contained a considerable amount of re-used material including timber and stone, some of which may have been medieval or early post-medieval in date. A number of finds were made, including fragments of millstones, presumably incorporated as building material into the mill, a sandstone disc, perhaps used as a grind stone or incorporated into the mill machinery, and most significantly an iron tilt hammer head, which suggests that the mill was utilised as a forge, which is mentioned in late 18th century documents but its location is not known. It is evident that the corn mill was substantially remodelled, most likely in the late 18th or early 19th century, and this, coupled with the tilt hammer head recovered from the site and the documentary sources suggests that the mill did indeed incorporate the forge in some way.

The full report is available on the Archaeology Data Service website: https://archaeologydataservice.ac.uk/archiveDS/archiveDownload?t=arch-700-1/dissemination/pdf/greenlan1-57379_1.pdf 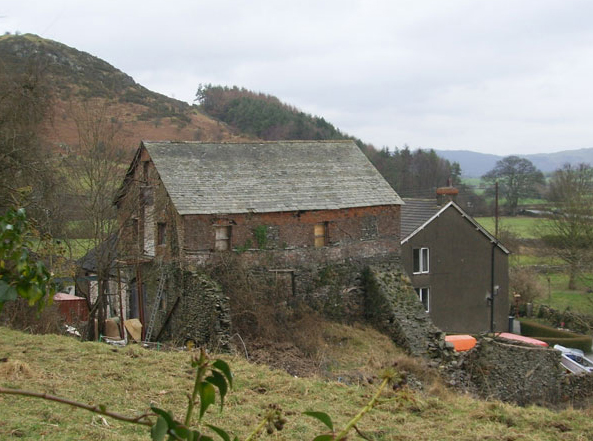 General view of the Corn Mill 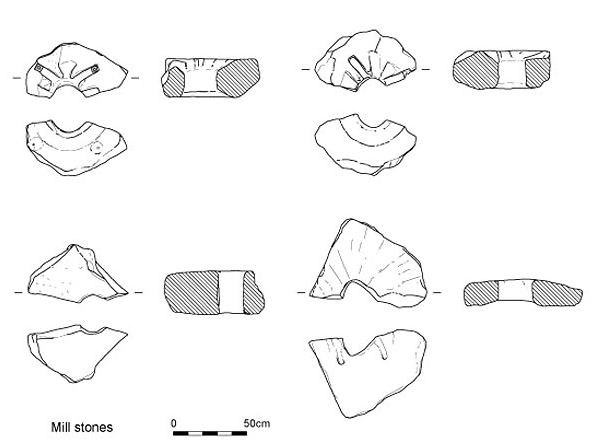 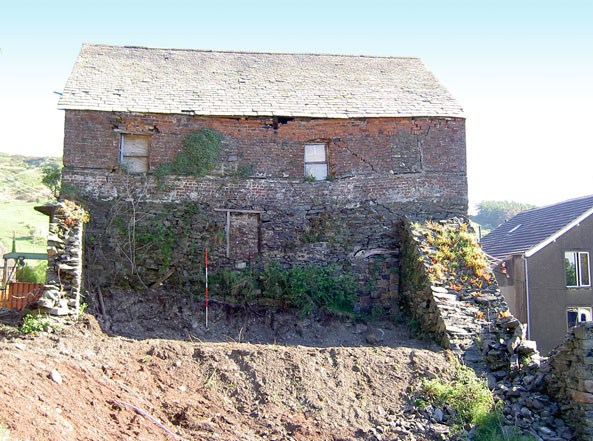 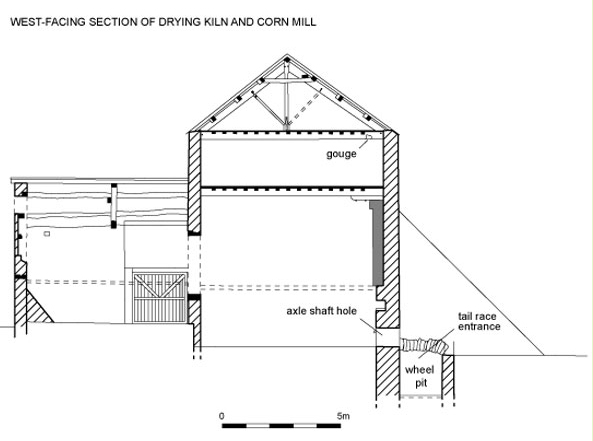 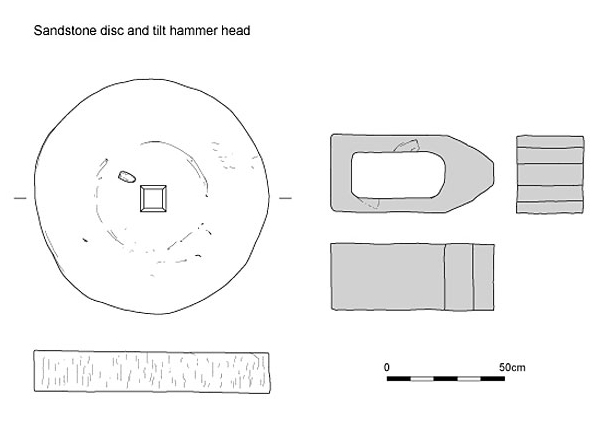