Greenlane Archaeology carried out an archaeological building recording, evaluation and watching brief at Croft View, King’s Meaburn, Penrith. The three buildings that were recorded were in existence from at least the mid-19th century. Building 1 comprised a bank barn with later modifications and additions, Building 2 perhaps had an industrial function, although it had been subject to numerous alterations, and Building 3 was perhaps originally a bullpen. The north-east corner of the site had been heavily truncated by a concrete block built slurry tank, the wall of a small 19th century enclosure was present in Trench 2, and a cobbled surface below a buried soil in Trench 3 partially overlay a ditch containing medieval pottery, a fragment of Roman glass bangle, and a relatively large amount of charred cereal grain. The extent of the cobbled surface and ditch in Trench 3 was revealed in the subsequent watching brief and another narrower ditch at right angles to it was also uncovered. The two ditches almost certainly represent boundary ditches, laid out to define the burgage plots in this part of the village. The cobbled surface might have formed part of a back lane along the rear of the plots. The presence of charred grain suggests that crop processing had been carried out nearby and the bangle fragment indicates Roman activity in the area. 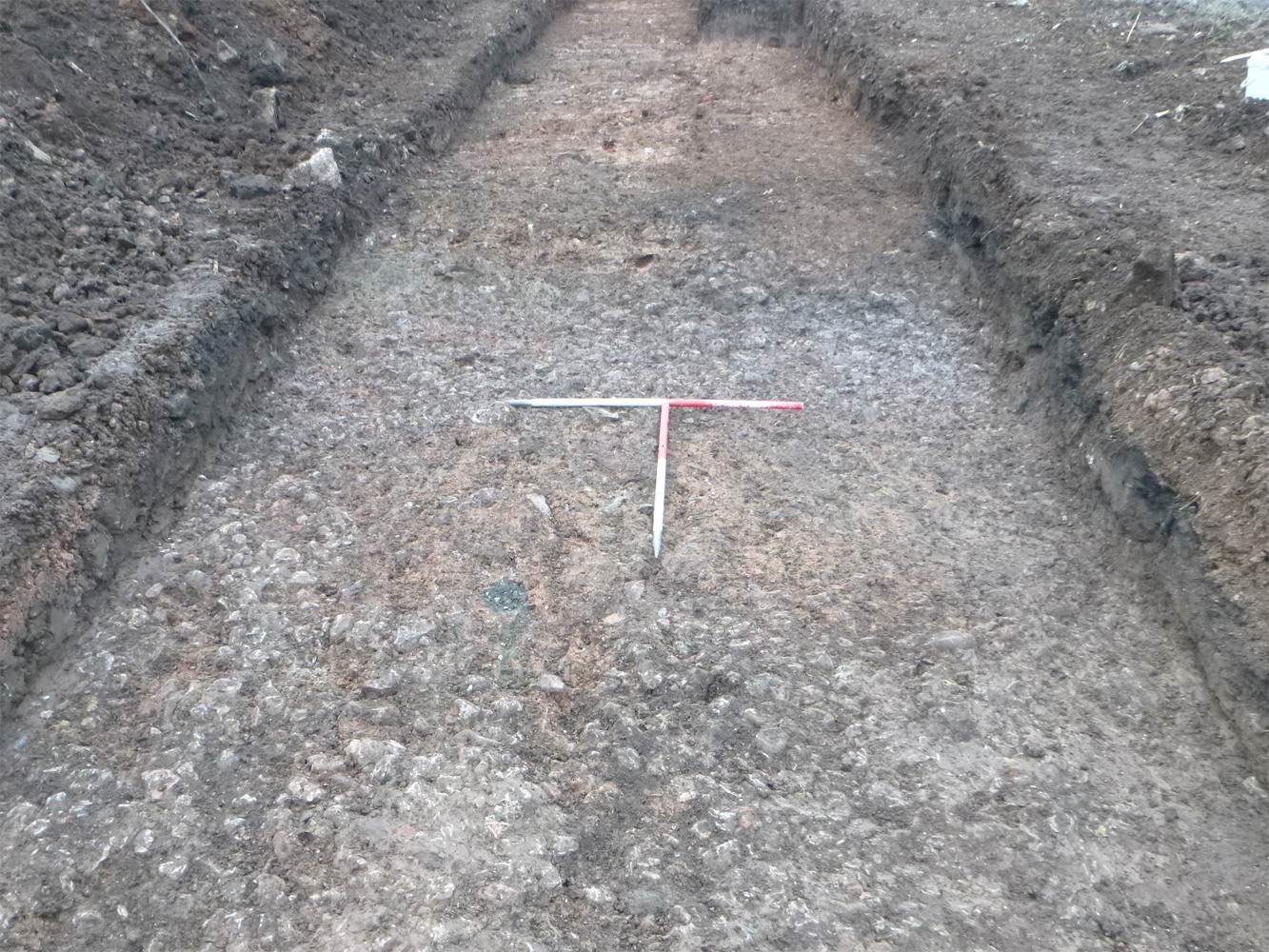 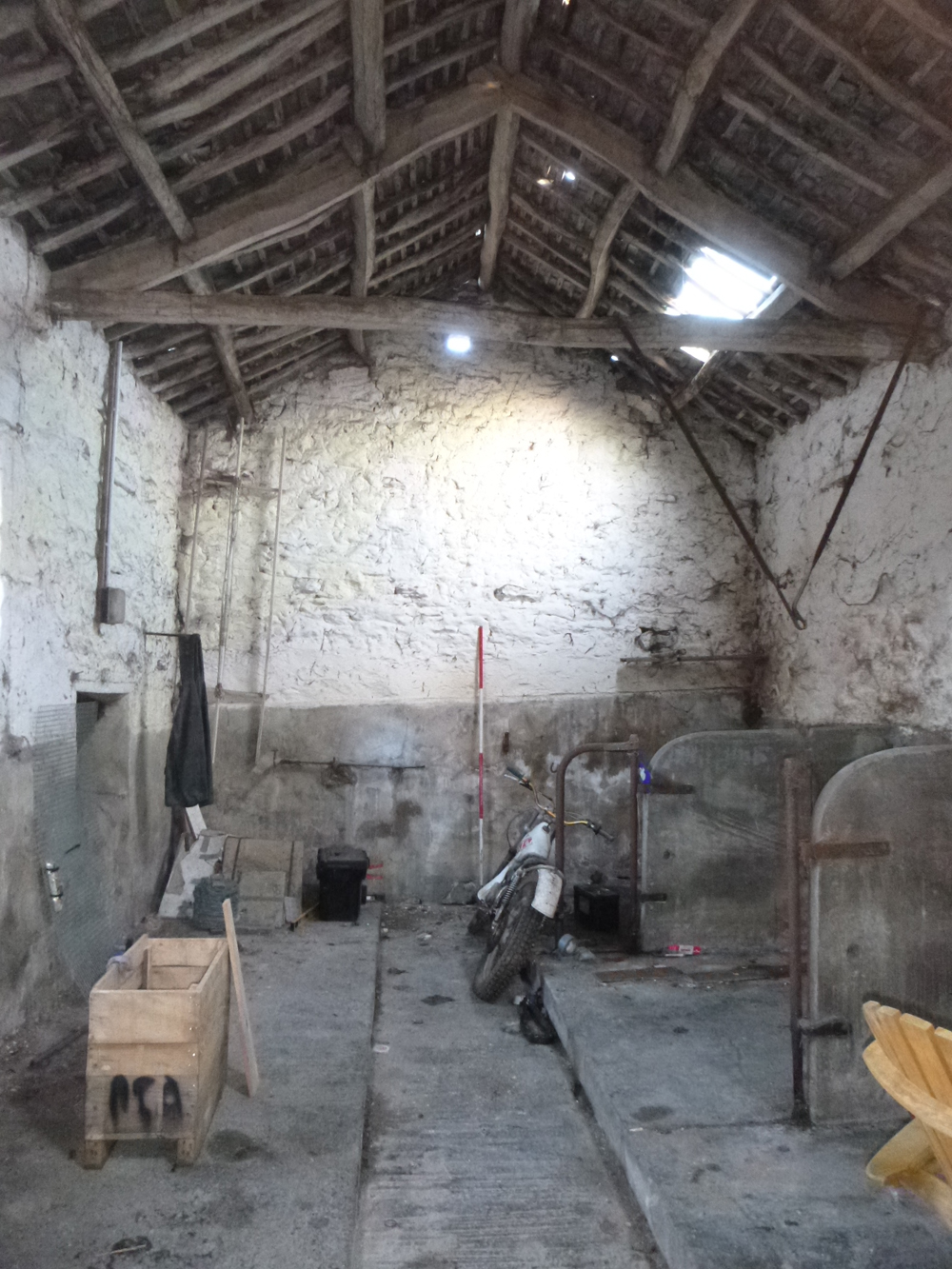 Concrete stalls in one of the barns 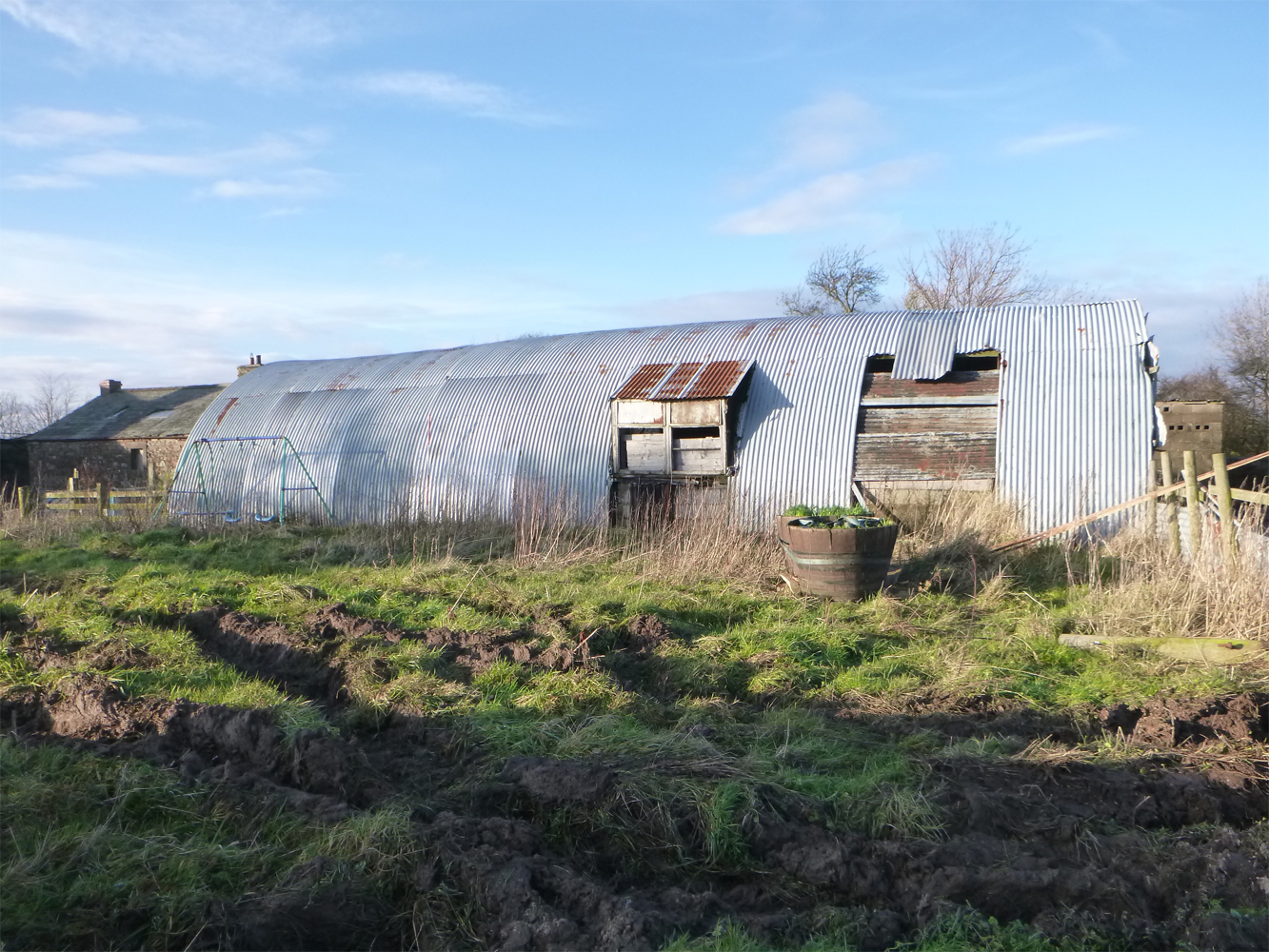