An archaeological building recording was requested by South Lakeland District Council following the submission of a planning application for the conversion of Crown Inn, 45 Market Street, Flookburgh, into four dwellings. The public house is thought to date from the late 17th or early 18th century and a building is shown on the site on a plan of 1685, although it is difficult to reconcile this with what is there now. A lager block of buildings is marked on the site from the early 19th century onwards and certainly the footprint of the block of buildings has changed very little since the mid-19th century with just the addition of a toilet block to the rear in the late 20th century. The current building amalgamates at least five blocks, including what was once marked as a passageway to the east end, plus the toilet block. Details of the owners of the public house are relatively scarce but it is listed in the local directories from 1829 onwards.

The building recording revealed that the site had developed over five main phases, with the core comprising a double-pile plan property of probable early 18th century date. This was subsequently extended in the late 18th or early 19th century with a detached block to the north-west, which most likely acted as a workshop or perhaps blacksmith’s forge. The original block was then extended to the east in the early 19th century with a large addition over two floors with a basement; this was probably intended for public gatherings and other functions. Later in the 19th century further small extensions were added, probably for additional storage as the landlords of the inn were also operating as retailers, but also to provide stabling. In the 20th century the building was generally modernised, with many of the internal original features such as the fireplaces removed while other elements were added, including a fireplace (dated 1978) and a new toilet block to the north.

Although internally the building has been much altered, it still retains some important features, primarily the mullion windows in the north elevation of the original block and the sliding sash windows of the large extension to the east, which include a very impressive window extending over two floors on the north side. 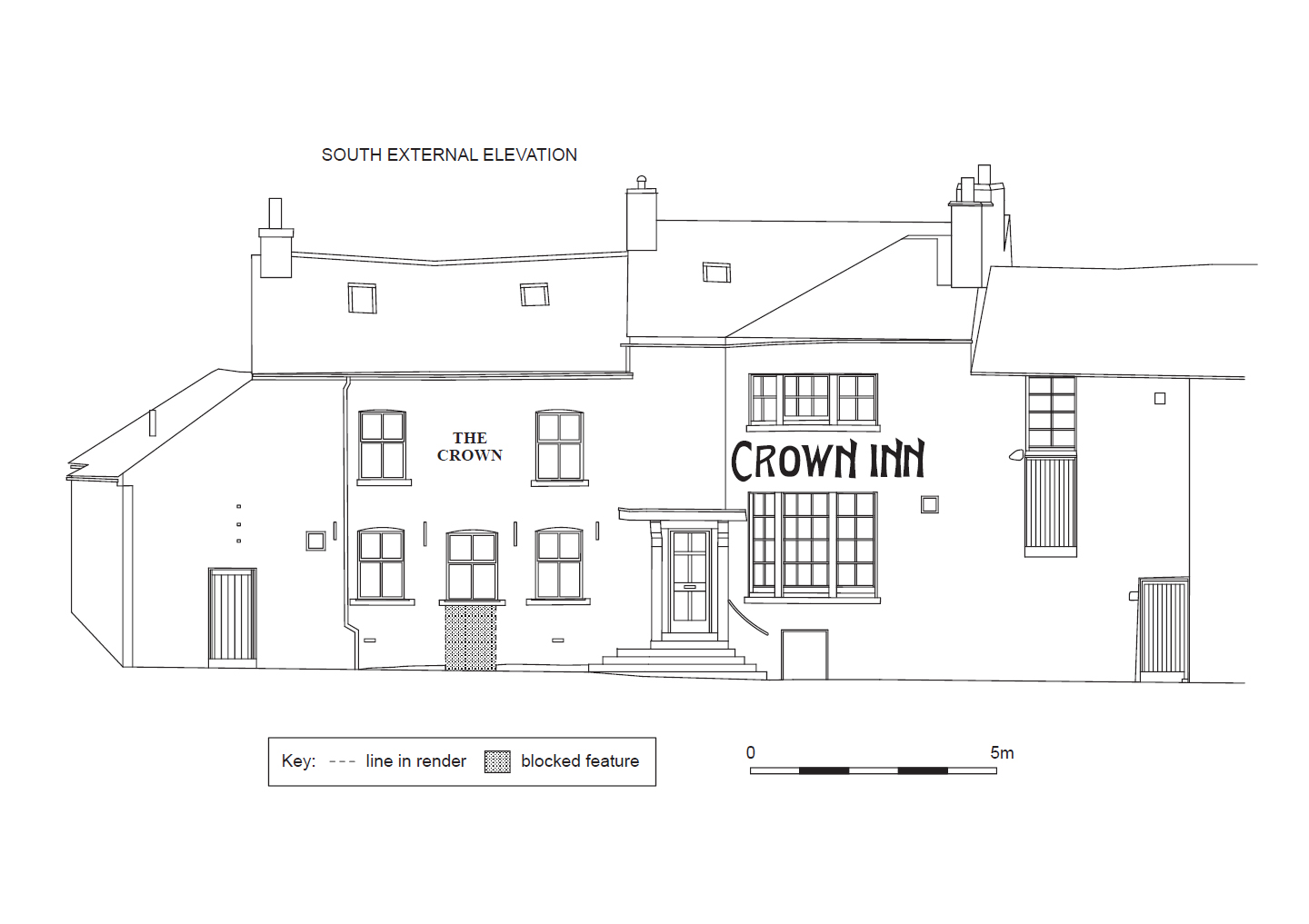 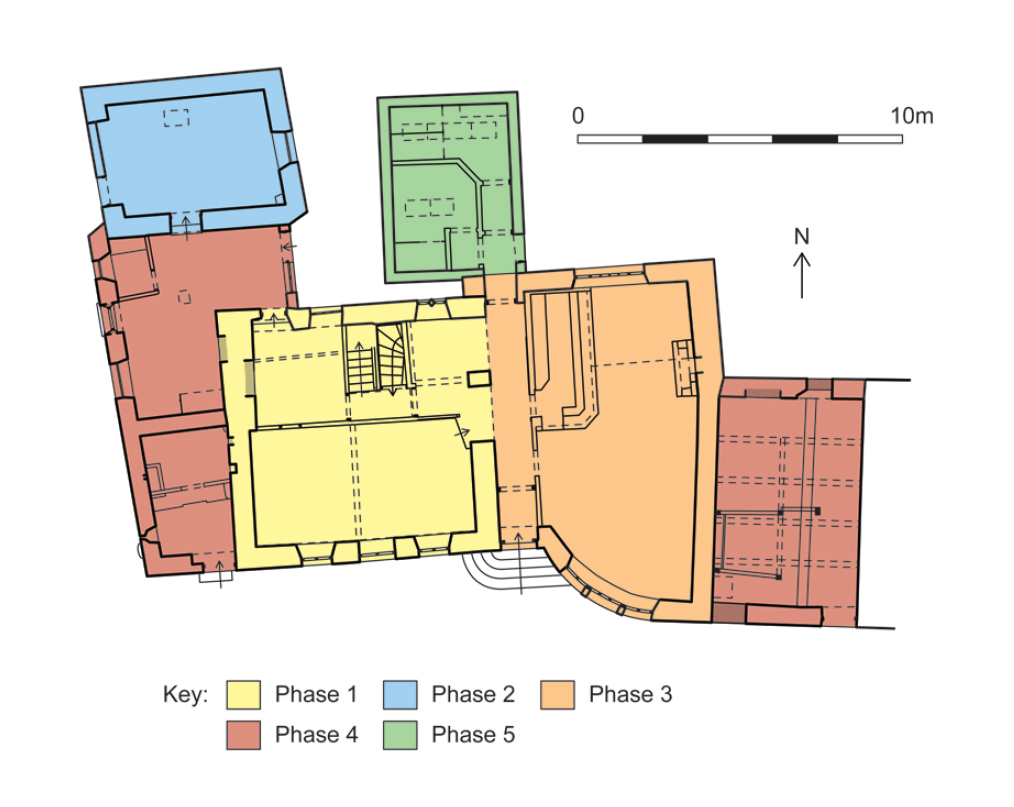 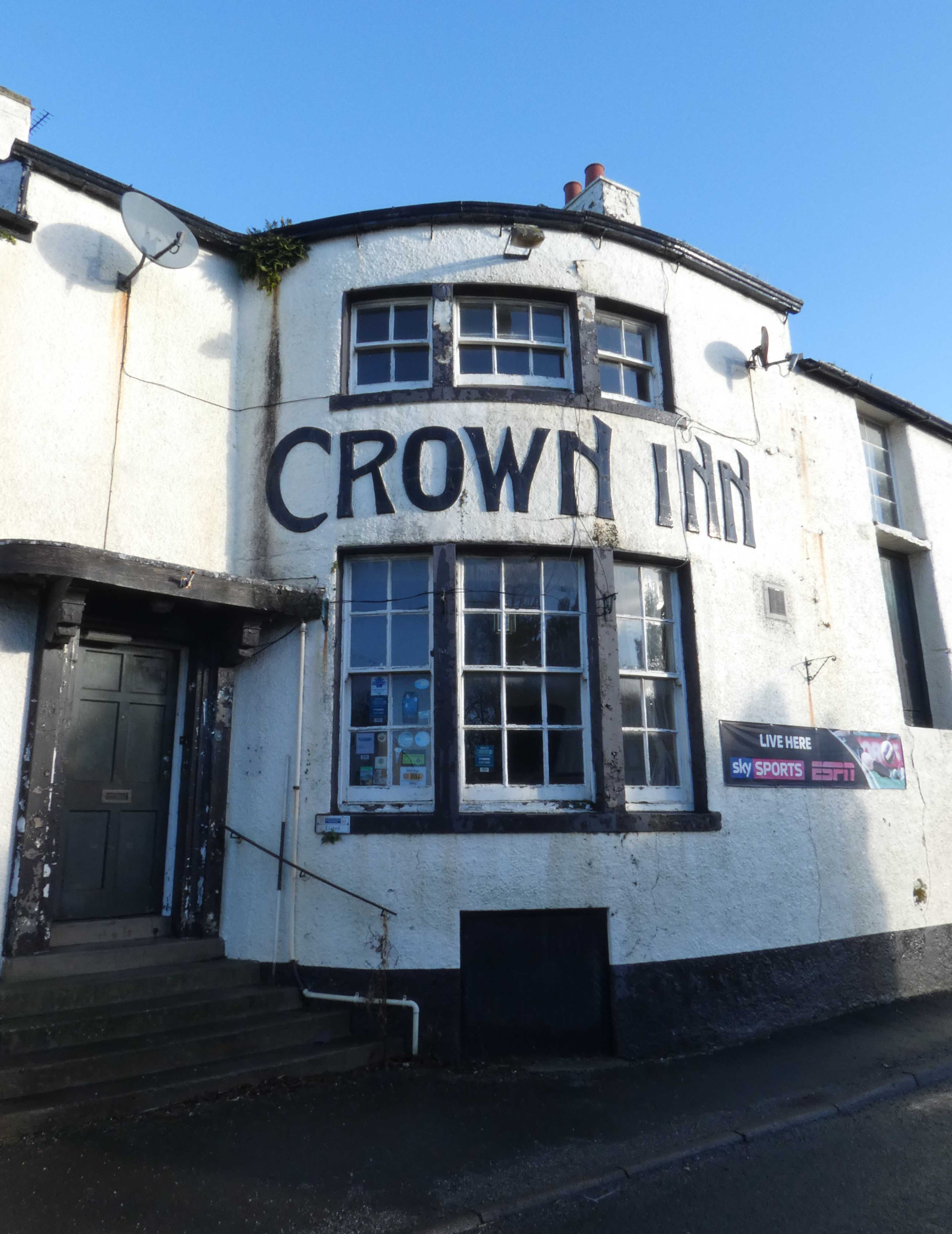 Photo of the outside
© 2015 Greenlane Archaeology Ltd