Following the submission of a Listed Building Consent application for alterations to Dandra Garth, Garsdale, Cumbria a condition requiring investigation and recording of the site during the works associated with the alterations was placed on the decision notice. In response to this a project design was produced by Greenlane Archaeology and the onsite work was carried out in three stages over the period February 2015 to March 2019. This followed on from an earlier historic building recording of the property produced in the spring of 2012.

Previous historical investigation into the building has been limited but it is thought to have at least 17th century origins, although it has been suggested as being as early as the 16th century. A number of claims about the building have been made, including that it was the manor house for Garsdale, it was visited by James I, and that there is a tunnel leading from it to Rackenthwaite, although these are generally not supported by documentary evidence. It was certainly connected to the Dawson family from the late 17th century onwards and additional documentary research including the compilation of the map evidence and the census returns.

The first stage of the current work involved a rapid examination of the building and features newly exposed after the removal plaster from the walls, the second stage monitored excavation of service trenches to the north-east side of the property, and the final stage monitored excavation inside three rooms on the ground floor for the installation of insulating material and underfloor heating.

Physical evidence from the house, exposed after the plaster had been removed, led to a reappraisal of the provisional phasing put forward in the earlier historic building recording (2012), suggesting, contrary to it, that the rear (north-west) extension was actually later than the main part of the house rather than earlier. The physical evidence shows that the extension is clearly butting against south-east block. In addition various alcoves and blocked features were also recorded, some of which further support this reinterpretation.

Excavation of the service trenches revealed the depth of the base of the south-east elevation and a stony deposit containing 17th and 18th century finds, which may relate to a phase of rebuilding at the site, perhaps the raising of the walls revealed in the previous building recording. Excavation below the flag floors on the ground floor found no features of archaeological interest, only deposits of stony silt but large quantities of finds of later post-medieval date were recovered, including large quantities of broken glass. This may have been deliberately placed beneath the flags in order to deter burrowing vermin. 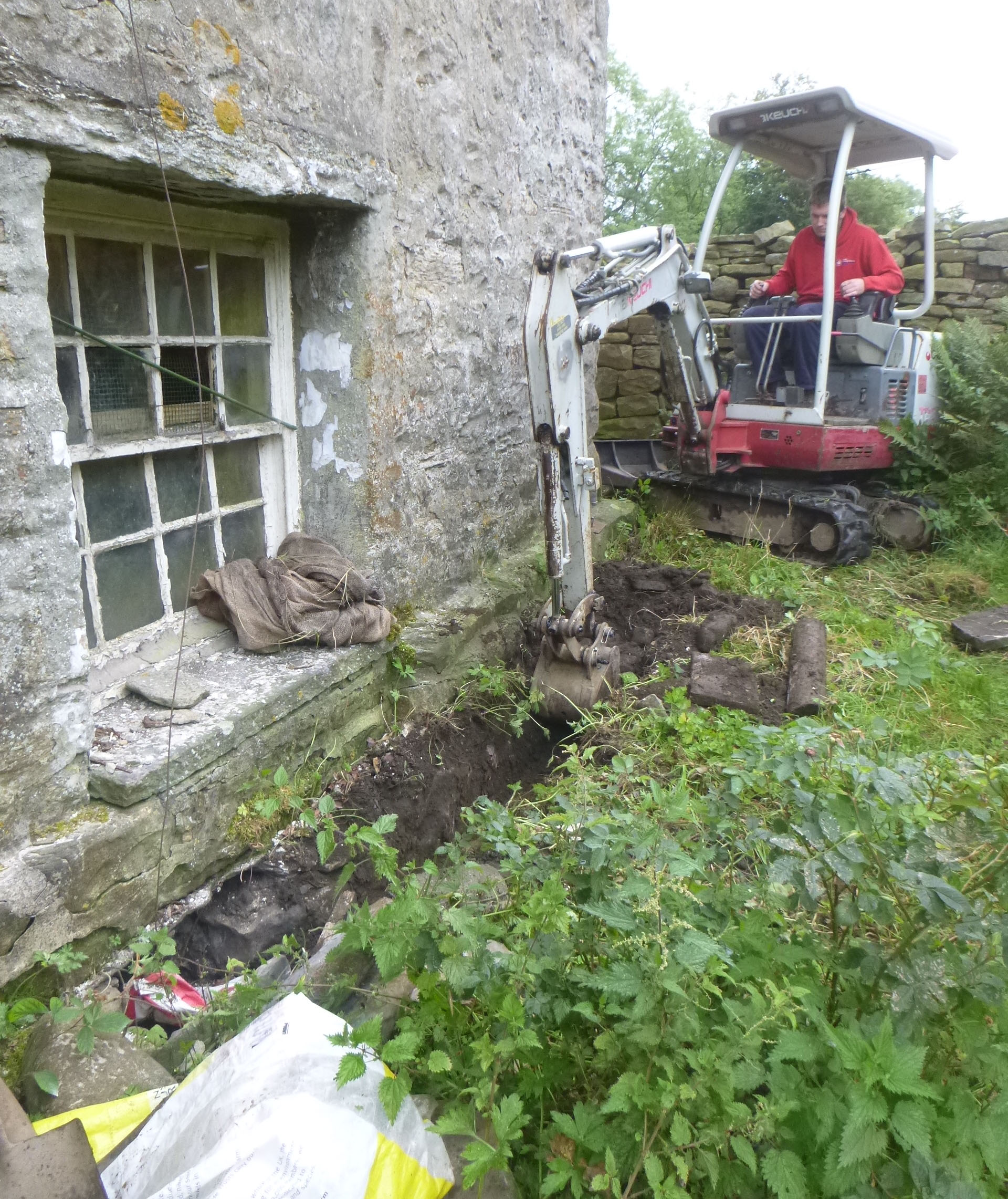 Excavation in the garden 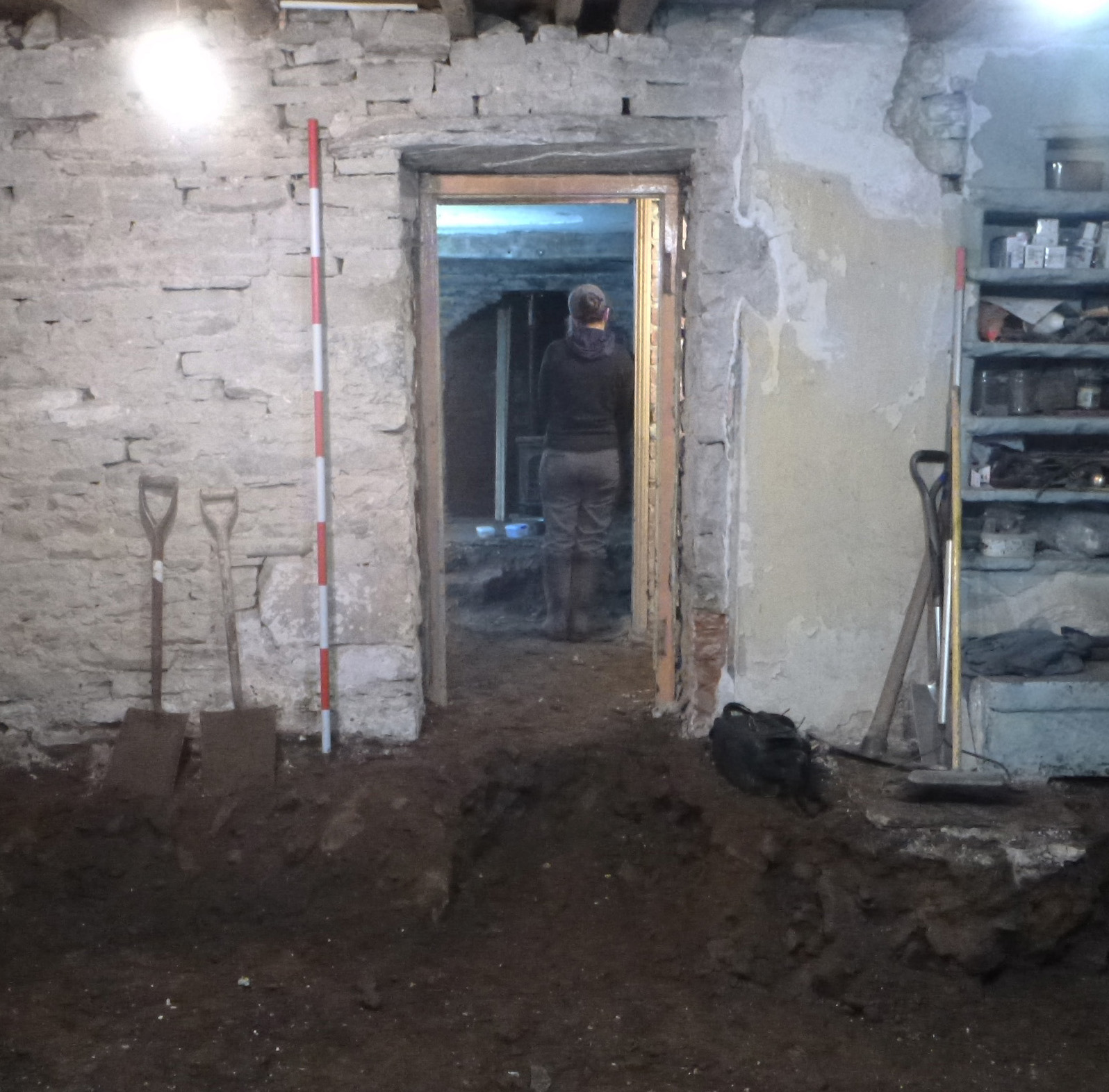 Removal of the flag floor inside
© 2015 Greenlane Archaeology Ltd