The Tramway Reversing Triangle was the terminus of the Blackburn to Over Darwen Tramway which opened in 1881 and was the first to be authorized to run solely on steam power. It was initially run by Busby Carson and Co under the Blackburn and Over Darwen Tramways Co Ltd. In 1900 the trams went electric, but by the 1920s the trams were being superseded by buses, only surviving into the 1940’s due to the war. The last tram to Darwen ran in 1946. The ash pit and hatch are still extant, as is a control box; originally there was a shed at the terminus of the triangle but this was no longer extant. The reversing triangle is now in a state of preservation and accessible to the public. 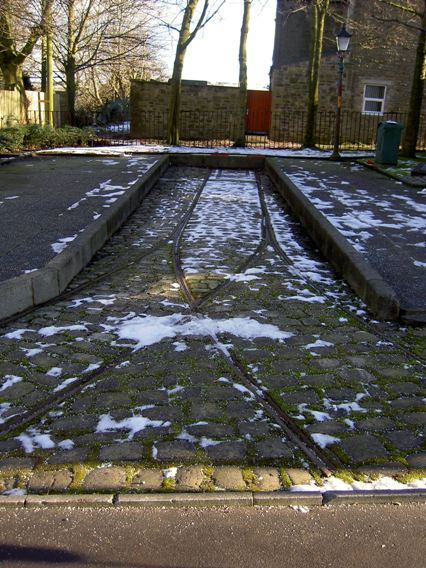