Greenlane Archaeology was commissioned to carry out a watching brief during the course of groundworks associated with the development of a proposed equestrian exercise arena to the south of Edenmount, Well Lane, Yealand Redmayne. The groundworks levelled an area of ground within a small field to the east of the village of Yealand Redmayne and south of the house at Edenmount. This involved the removal of topsoil and subsoil across the area and redepositing natural deposits excavated from the north-east corner of the site to the south and west sides of the area. The on-site element of the watching brief was carried out on the 18th and 19th August 2020.

Available maps show that the area of the proposed equestrian exercise arena was undeveloped well into the 20th century from at least the mid-19th century. Today the site itself is shielded on three sides by vegetation and the drystone wall to the north is a modern construction, postdating 1938.

The removal of the thin topsoil and subsoil layers revealed a lighter pale yellow sandy-clay natural across the area, which was substantially overcut to the north-east corner. A domestic electricity cable was known to cut across the area, which was exposed, and a possible track, comprising two thin strips of extremely compacted gravel, was recorded near to the gated entrance to the north of the field. The two gravel strips were below an area of hardstanding at the north end and it is believed the track itself is a relatively modern construction, perhaps of 20th century or later date, probably originally providing an access route to the buildings constructed to the north of the area around that time.

Only stray finds of post-medieval and modern date were recovered from the subsoil during the course of the groundworks and no significant archaeological features were present. 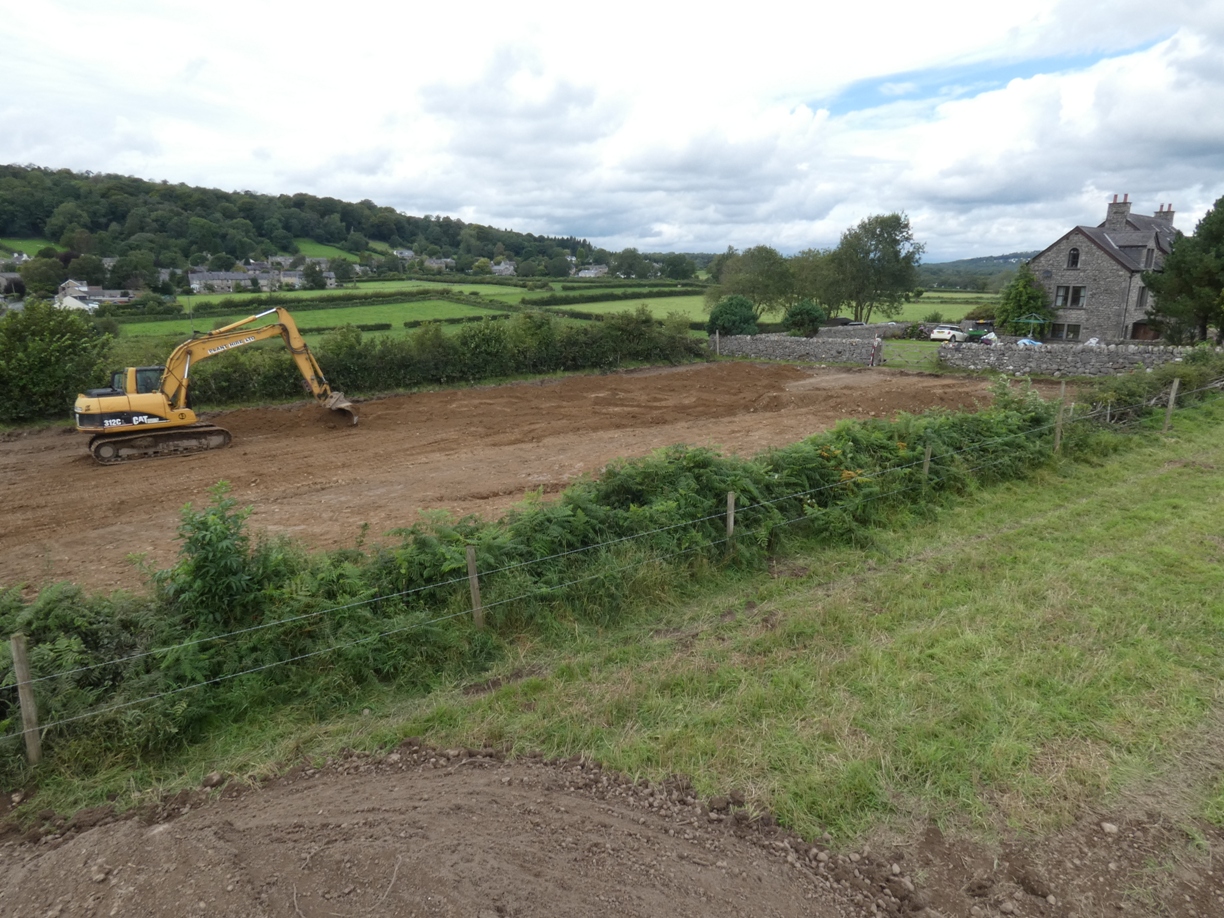