Following the submission of a planning application and listed building consent application for a series of alterations to Ellel Hall, Galgate, Lancaster, Lancashire, a condition was placed on the decision notices requiring an archaeological building recording, comprising a photographic recording only, be carried out. Greenlane Archaeology was appointed by Mr and Mrs Smith to carry out the work, which was undertaken in February 2020.

The origins of Ellel Hall are uncertain. A building of that name is recorded from at least the late 17th century but the map evidence, with a Yate’s map of 1786 seeming to indicate that the earlier building was somewhat to the north of the present one. Late maps indicate that the current structure was built in the very late 18th or early 19th century; the listing considers it to be likely to be early to mid-19th century. It is likely to have been built by Abraham Rawlinson, a local merchant from a family of local industrialists with interests in the slave trade, although he is recorded as owning the site on the map of 1786. From him it passed to his nephews and became the property of the Ford family, who owned it until the death of William Ford Jnr in1898, who had lived in the hall for almost 50 years. The map evidence shows that by the early 19th century it had certainly reached essentially its present form.

The building recording was limited to photographs, which included images of the exterior and interior, focussing on features of specific historical or architectural interest, but also general shots. While discussion of the development of the building is limited it is apparent from some of the more readily dateable features within it, when taken in consideration with the documentary history, that the present structure was built in about 1800. Initially it probably just comprised an essentially symmetrical square block, but this was extended with wings to the east and west later in the 19th century. During the 20th century it was further altered, initially with an external staircase with a concrete balustrade on the south side and probably also a bay window on the east wing. More substantial was the rebuilding or recladding of the east wing much later in the 20th century, and an internal staircase was also added to the west wing. Most recently the interior has been extensively modified, with new ceilings and wall finishes added, although a subsequent period of inactivity has led to water ingress, which has caused significant damage to parts of one ceiling.

Nevertheless, the building remains a significant historic structure in the local area, although its original grounds have been encroached upon by newer adjacent housing. 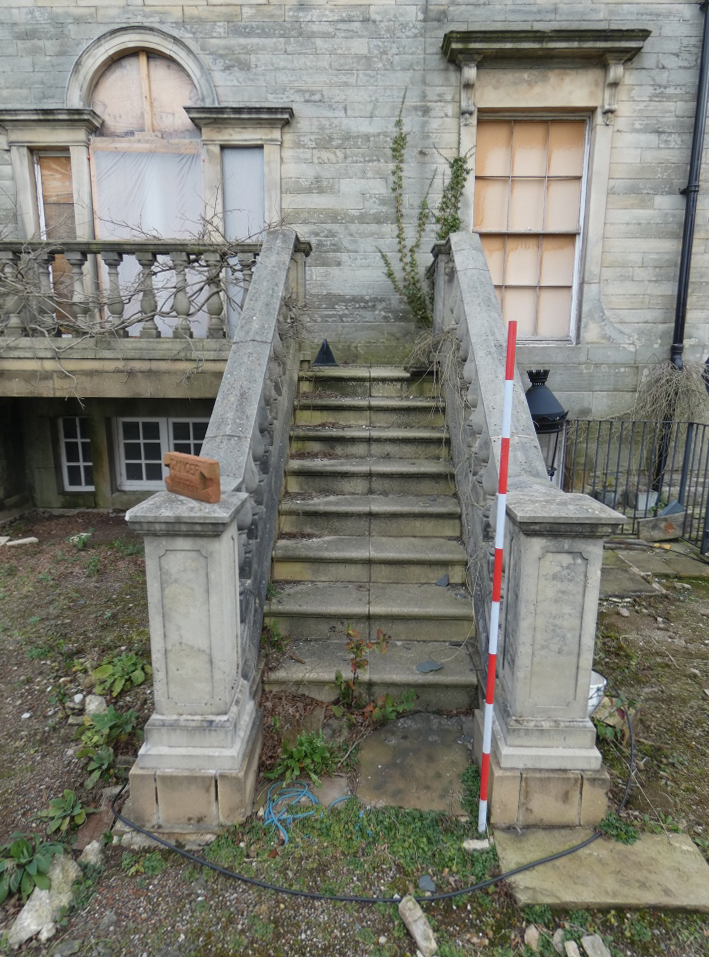