Prior to the submission of a planning application to renovate and extend Ellel House, Galgate, Lancashire, a programme of archaeological building recording was undertaken by Greenlane Archaeology. The property is Grade II Listed and as the renovation and extension would result in some alteration to the existing historic fabric the Conservation Officer at Lancaster City Council recommended that the recording be undertaken in order to provide information to accompany and support the proposed application. Following further consultation with the Planning Advisor (Archaeology) at Lancashire County Council, this was confirmed as an English Heritage Level 3-type recording.

Galgate is situated to the south of Lancaster, and Ellel House is on the edge of the village between it and the smaller, but earlier, hamlet of Ellel. There is evidence for activity from the early prehistoric period in the local area, and a large enclosure of Iron Age or Romano-British date was recently excavated nearby. A large quantity of medieval pottery was also discovered during excavations across the road from the site in 1998 and there is evidence that elements of the local field system might be of medieval origin. Ellel House itself has always been closely associated with the nearby silk mill, which was established in 1792, but its exact origins are unclear. It was certainly being occupied by the owners and managers of the silk mill during the late 19th and early 20th century, before being converted into student accommodation and a nursing home.

The building recording revealed five clear phases of development of the site, although the first of these was unlikely to be genuine and is based on doubtful documentary sources. The main part of the building was almost certainly built in the early 19th century, perhaps between 1800 and 1820, and took on much of its present form at that time. It was subsequently extended with an addition to the service wing, again in the first half of the 19th century, and further smaller additions in the form of outshuts and porches were added by the end of the 19th century. In the later 20th century it was subject to several changes of use and a large number of unsympathetic alterations were made including the insertion of partition walls and new doorways and the removal of numerous features, particularly the fireplaces.

While an architecturally interesting building in its own right Ellel House is perhaps more significant as part of a wider landscape of structures associated with the silk mill, although all of these have since been put to other uses. Its poor condition and vulnerable situation makes any proposals to re-use it a valuable means to prevent further decline and help restore the appearance of at least part of the larger site. It is recommended that every effort be made to preserve those original features that remain and where possible remove the most obtrusive modern additions.

The full report is available on the Archaeology Data Service website: https://archaeologydataservice.ac.uk/archiveDS/archiveDownload?t=arch-700-1/dissemination/pdf/greenlan1-45364_1.pdf 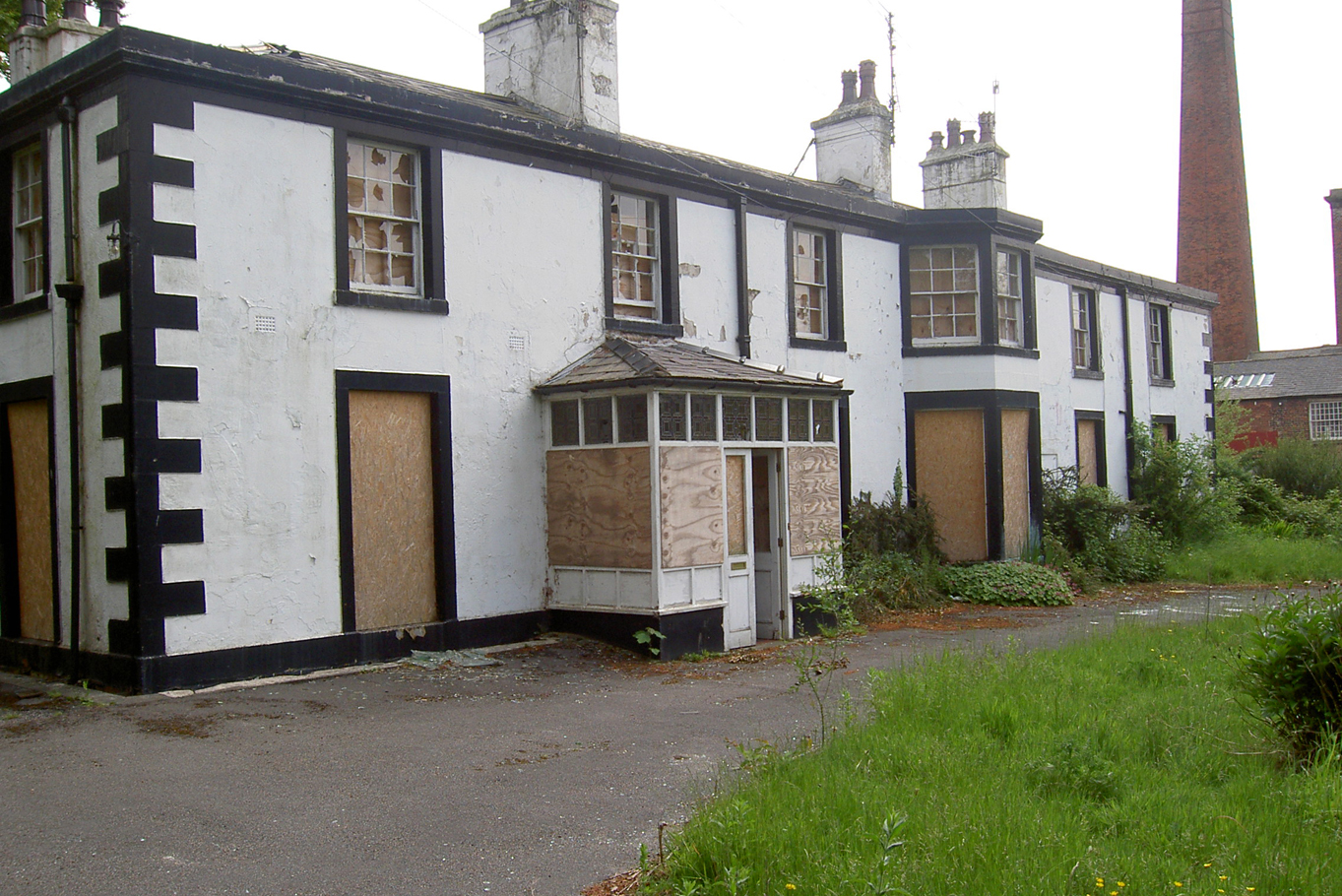 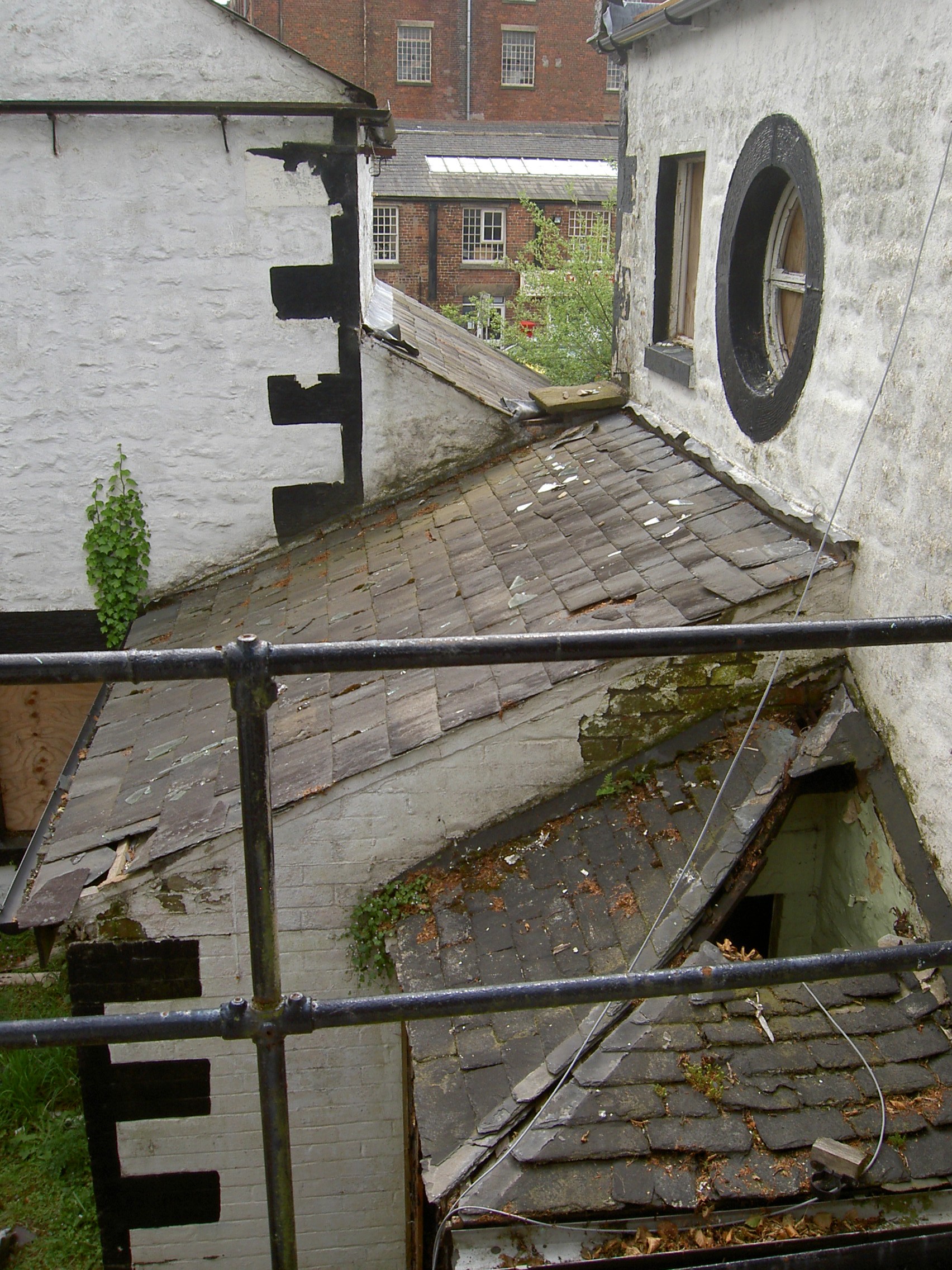 The round window
© 2015 Greenlane Archaeology Ltd