Following a proposal to convert a group of farm buildings at Elliscale Farm, Dalton-in-Furness, Cumbria into dwellings a programme of archaeological recording was recommended by Barrow Borough Council. After consultation with the Assistant Archaeologist at Cumbria County Council this was confirmed as a Level 2 recording of the non-Listed building and Level 3 of the Listed ones. The buildings are associated with the original farmhouse, which is thought to date to the 17th century, but there are documentary records relating to the site dating from the early 13th century that demonstrate that iron ore was exploited from the site from at least this date. The place-name Elliscales combines the Norse element, ‘scale’, with the name of a nearby chapel and holy well dedicated to St Helen, which is also evidently of an early date.

Records from the late 17th century show that the farm was at one time owned by Thomas Fell, husband of Margaret (neé Askew), both of whom were subsequently and famously supporters of the Quakers; Margaret eventually marrying George Fox. Documentary sources give some information about the buildings that were present on the site at this time, which included barns, outbuildings, and a dove cote. The earliest maps of the site show that the majority of the buildings being recorded had been constructed by 1842, and the rest were added shortly after.

The building recording revealed that the earliest element of the site, apart from the farmhouse, was a large threshing barn, to which an early version of a horse engine was attached, presumably to drive a threshing machine. Re-used cruck blade fragments in the roof of threshing barn may indicate that an earlier building had been present on the site that was demolished prior to the construction of the present farm buildings. This building was subsequently extended to the west with the addition of a bank barn incorporating a shippon on the lower floor, and another extension was soon added to the west of this. Further buildings were added around the farm yard during the later 19th century, and the horse engine was remodelled, and during the mid to late 20th century more cosmetic alterations were made, although the horse engine evidently went out of use some time prior to the addition of a modern shippon.

The full report is available on the Archaeology Data Service website: https://archaeologydataservice.ac.uk/archiveDS/archiveDownload?t=arch-700-1/dissemination/pdf/greenlan1-37760_1.pdf 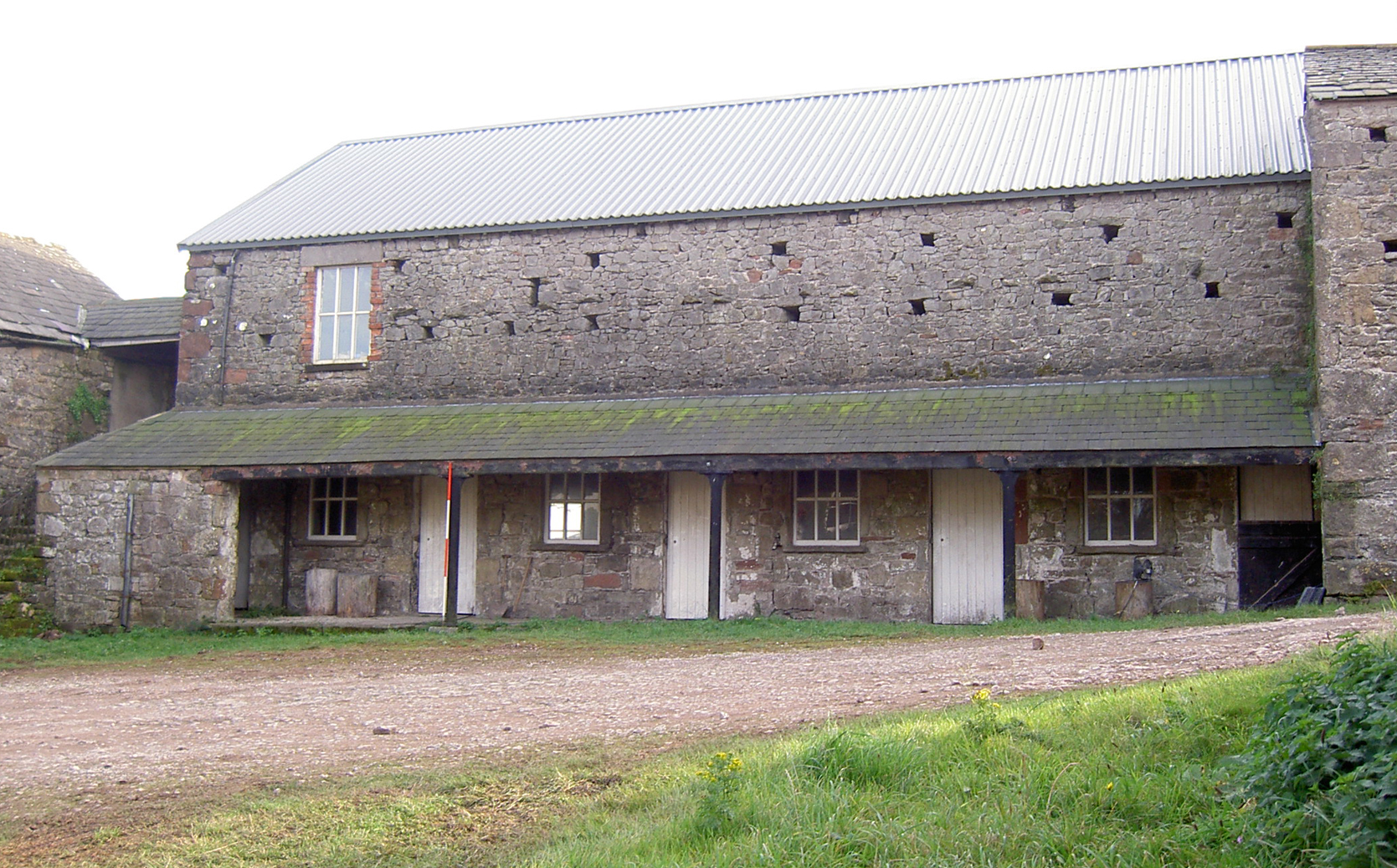