An archaeological watching brief was undertaken on 11th and 12th August 2014 during groundwork associated with the erection of a new dwelling on land at Elliscales, Askham Road, Dalton-in-Furness, Cumbria. An extensive deposit of tipped dark, reddish-brown clay, containing a significant quantity of haematite, was revealed at the south-west end of the area, presumably following the slope of the underlying hillside. This was probably dumped waste material from the Elliscales Iron Mine; the area is known to have been the site of Pit No 6 of the Elliscales Iron Mine, which was established in the mid-19th century and worked until it was abandoned in 1907. A few fragments of colourless glass, probably dating to the late 19th to 20th century, and a plausibly 18th century clay tobacco pipe stem fragment were found in the layer of dumped mining waste.

The full report is available on the Archaeology Data Service website: https://archaeologydataservice.ac.uk/archiveDS/archiveDownload?t=arch-700-1/dissemination/pdf/greenlan1-188861_1.pdf 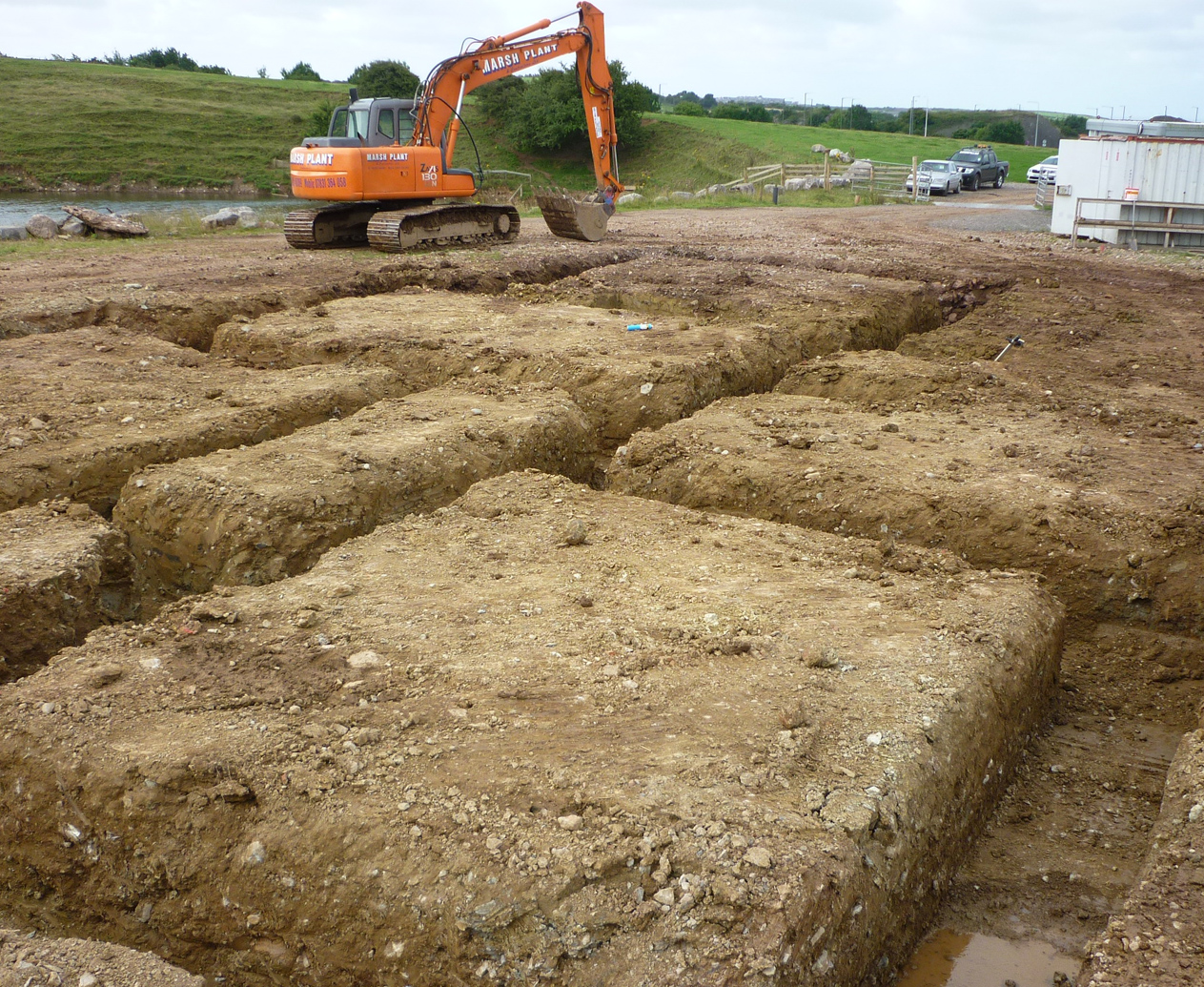