Following the submission of a planning application for the renovation and development of Eskdale Mill, Boot, Cumbria a condition was placed by the Lake District National Park Authority requiring an archaeological photographic survey and watching brief. Greenlane Archaeology was appointed by the Eskdale Mill and Heritage Trust to carry out the work, and the photographic survey was undertaken in August 2018 and March 2019.

Information compiled as part of a detailed desk-based assessment for the site, also carried out by Greenlane Archaeology, is included in the report. This shows that the site had taken on much of its present appearance by at least the middle of the 19th century, however, early images seem to indicate that the second wheel was not added until after the 1830s. Documentary records demonstrate that there was a mill in Eskdale from at least the medieval period, although it is difficult to be certain exactly where it was located and by at least the late 18th century there were a number of mills involved in different activities operating in the valley. The mill at Boot is easier to identify during the late 18th and 19th centuries and a number of families were associated with it during this period, and various pieces of information relating to its development at this time are available. An earlier archaeological building recording provided an interpretation of the mill’s development, but this has subsequently been shown to be based in part on an erroneous historical source and in need of revision.

The photographic survey was able to record the whole of the interior of the mill as well as the associated stable block and cottage following the removal of most of the material that was stored in the buildings and the soft stripping of the cottage. This allowed photographs of all parts of the buildings to be taken as well as the production of ortho-rectified images within the mill, although the limited space and presence of machinery meant that this was difficult in places. Photographs of the external elevations also allowed ortho-rectified images to be produced, although in the case of the mill these had to be taken once the scaffolding had been removed due to the timing of the work.

Although limited to just recording the building, the removal of furniture and fittings did allow a number of additional observations to be made. These, in combination with the detailed desk-based assessment recently also carried out, allow some reinterpretation of the building to be presented. This suggests that the earliest part of the structure was perhaps only constructed in the mid-18th century, although it is possible that there is some medieval fabric present. The original block was subsequently subdivided and the building extended to the north and south; traditionally this has been thought to relate to the installation of a second waterwheel in the mid-18th century but the presence of Baltic timber marks and the date of 1819 scratched into the drying kiln suggest that some considerable reorganisation took place in the early to mid-19th century, which may in fact have been connected to the installation of a second wheel. 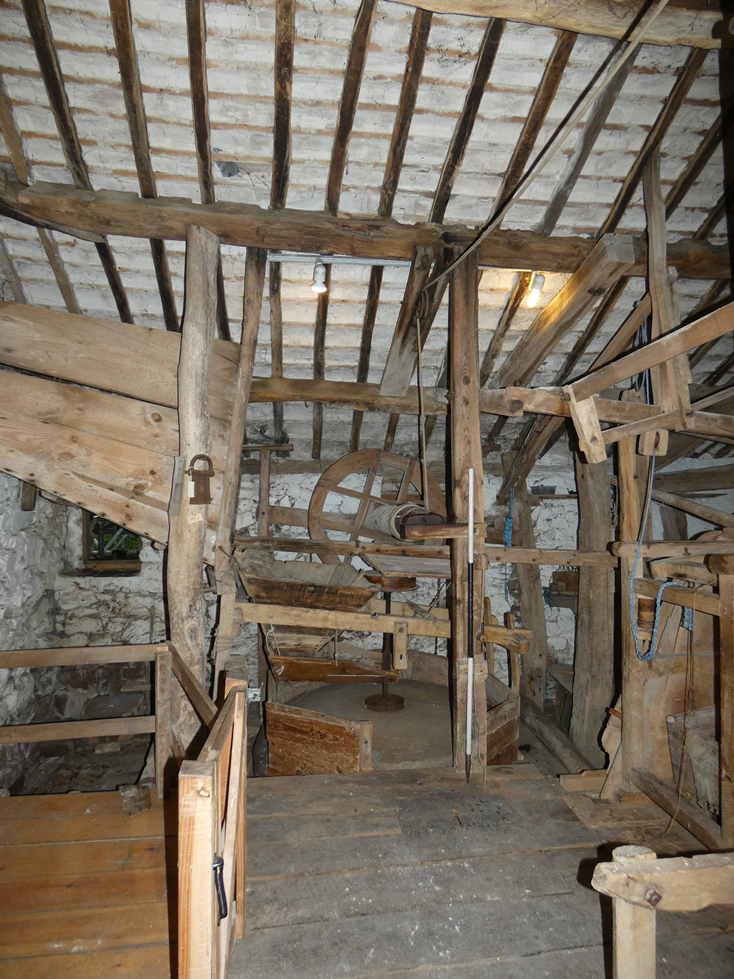 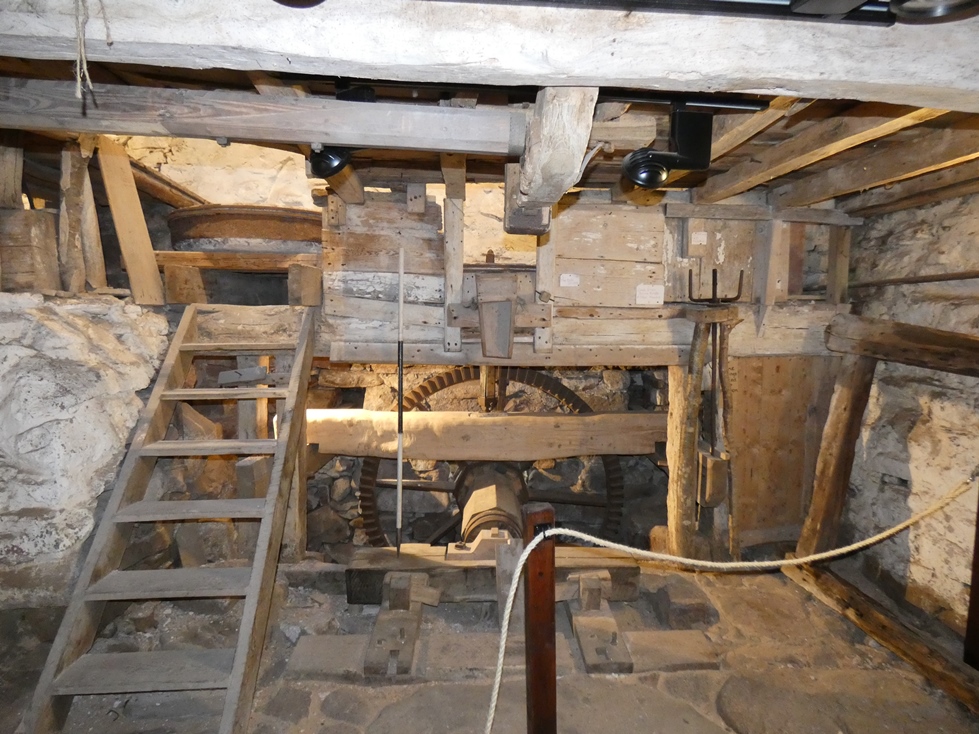 Inside the mill
© 2015 Greenlane Archaeology Ltd