Following the submission of a planning application for the erection of a garage at Fairfield, Cartmel, Cumbria, planning permission was granted on the condition that an archaeological watching brief be undertaken during the associated groundworks. Greenlane Archaeology produced a project design for this work and after its approval the watching brief was carried out on the 7th and 11th April 2014.

The watching brief monitored excavation of pits at each corner of the new garage which forms a rough square. A shallow trench was also excavated along its east side but the area in between will be left unexcavated. The north-east pit might have clipped a possible track which was recorded during the evaluation carried out in October 2011, but other than that no significant archaeological finds or features were observed. This is at least in part due to the very limited depth and extent of trenching, which mitigated the impact of the new development on any underlying archaeological deposits.

The full report is available on the Archaeology Data Service website: https://archaeologydataservice.ac.uk/archiveDS/archiveDownload?t=arch-700-1/dissemination/pdf/greenlan1-180761_1.pdf 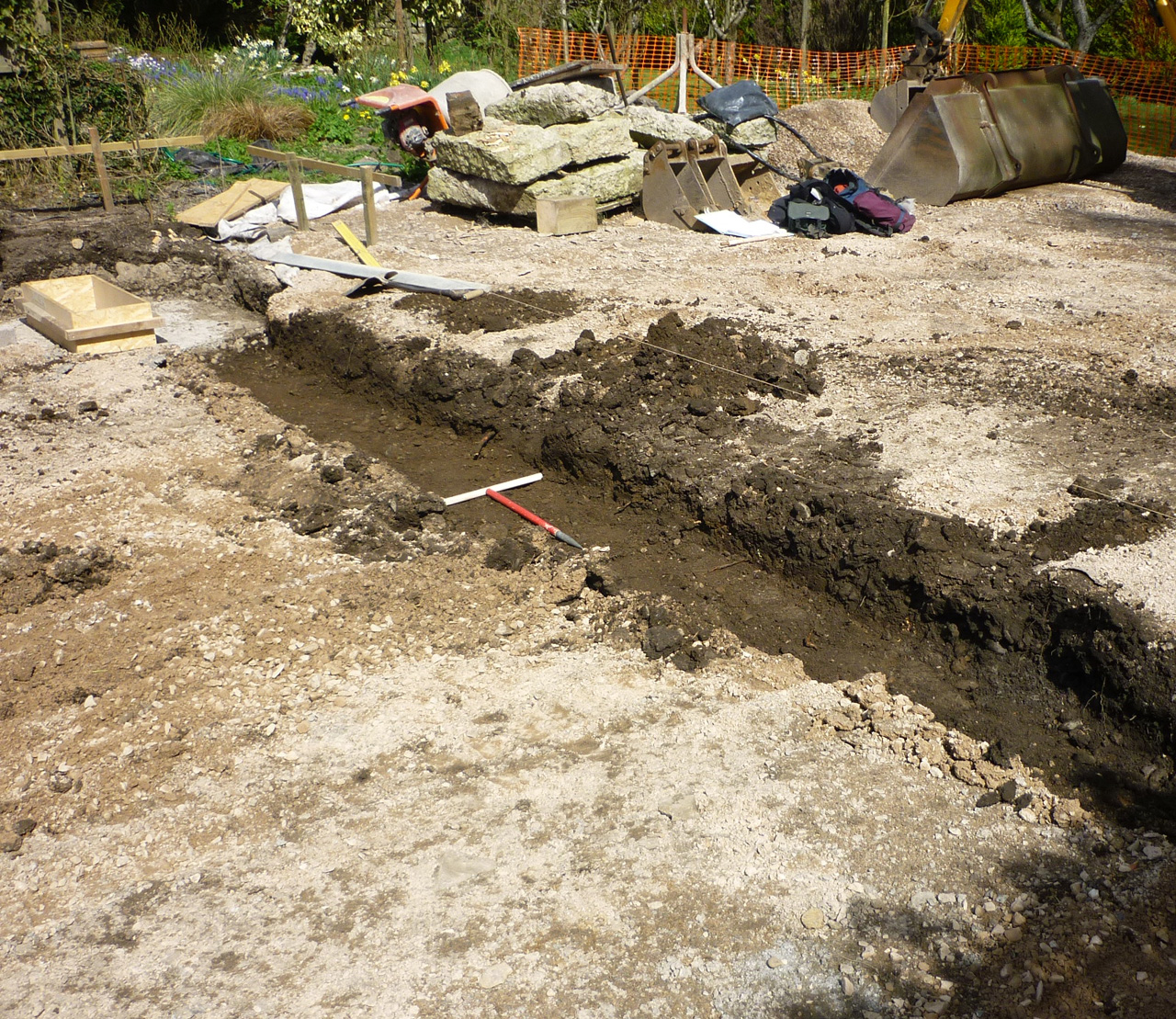