Prior to the submission of a planning application for the construction of a new garage and associated access road on land at Fairfield Lodge, Cartmel, Cumbria, Greenlane Archaeology was commissioned to carry out an archaeological evaluation. The site is located within the area of the Scheduled Monument for Cartmel Priory and so, following discussions with Historic England, Scheduled Monument consent was applied for to excavate two archaeological evaluation trenches, one within the footprint of the proposed new garage, the other on the line of the proposed access road.

A desk-based assessment had shown that the site formed part of a single field to the south of Fairfield Lodge since at least the early 19th century. It is relatively close to Cartmel Priory church and within the priory’s precinct wall, which still remains to the north. Earthworks were reported in the 19th century as having existed in the area around Fairfield, thought to be associated with an area to the north known as ‘Castle Meadows’ and assumed to be Roman in origin, although these were levelled during the construction of Fairfield.

The northernmost of the two trenches (Trench 2) revealed no archaeological features, although a collection of medieval pottery was recovered from the topsoil. The south-western trench (Trench 1) revealed a range of features and deposits, including an apparently deliberate raised area of redeposited clay and gravel, either side of which was a deposit containing some slag, and there was also a pit of 19th century date containing building rubble, all of which was covered by a layer of stony topsoil, which was probably brought in to level the lower ground either side of the raised area. 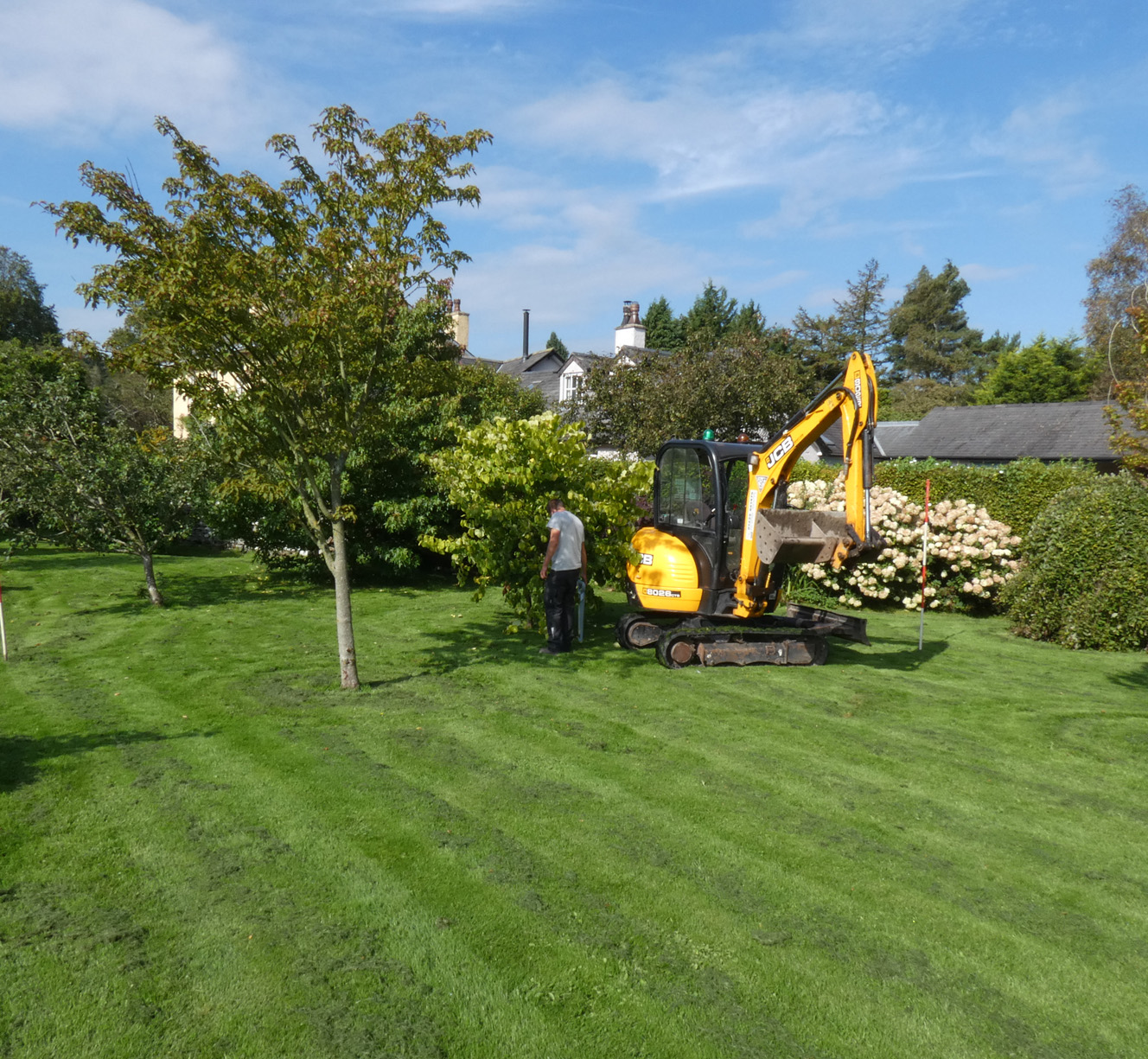