Following the submission of a planning application for the erection of a steel framed solid fuel store on land adjoining a former charcoal barn at Newland, Ulverston, a condition was placed by South Lakeland District Council requiring an archaeological watching brief. The watching brief monitored the excavation of six pits located immediately to the south of the former charcoal barn, each of which would hold an upright post forming the superstructure of the new building. The pits were typically 1.3m by 1.3m and between 0.5m and 1.1m in depth. A similar sequence of deposits was encountered in each pit: a surface layer of loose slate gravel, a layer of haematite-rich clay varying from 0.1m to 0.3m thick, and the natural clay geology. Only in the north-east corner was there any significant variation to this, where there was no haematite present but a thin layer of compacted gravel, perhaps bedding for a surface, and another thin deposit of dark grey clay instead. No finds were recovered during the watching brief, but based on the results of the previous watching brief it is likely that the layer of haematite relates to a store of iron ore of probably 19th century date. This to some degree fits with the documentary evidence, which shows that by the end of the 19th century, when the furnace was in its final years, it had amassed a considerable stockpile of ore.

The full report is available on the Archaeology Data Service website: https://archaeologydataservice.ac.uk/archiveDS/archiveDownload?t=arch-700-1/dissemination/pdf/greenlan1-220940_1.pdf 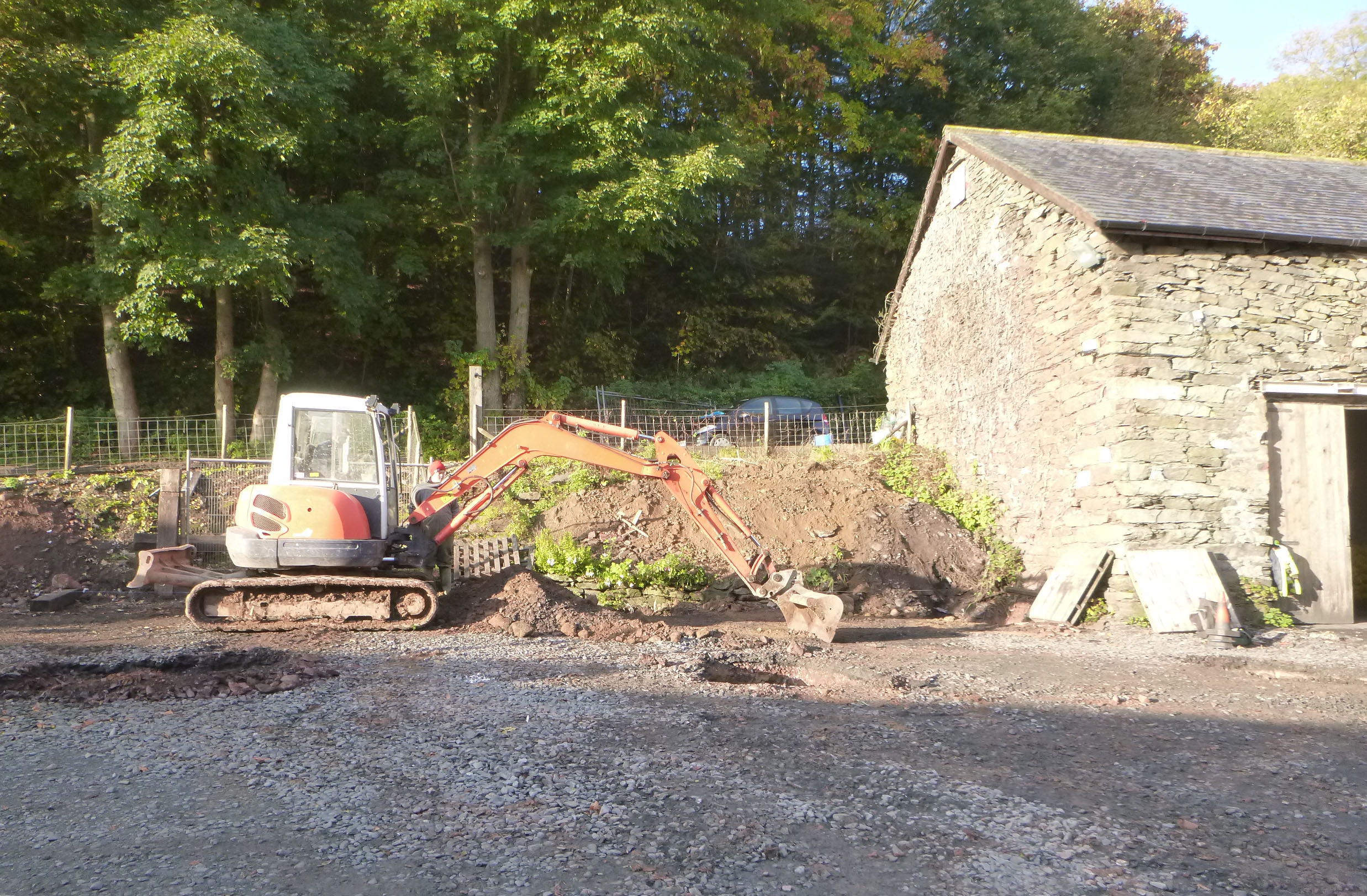