Following a planning application for the construction of two residential buildings at the site of the former church on the corner of Vicarage Lane and Church Road, Allithwaite, a programme of archaeological investigation was requested by the Cumbria County Council Historic Environment Service. The desk-based assessment revealed that the site lay within 70m of a Bronze Age cremation site, which had been excavated in 2001 and revealed the remains of up to 15 individuals. A further Bronze Age cremation was also found in Yew Tree Field some 500m to the south of the site in 1834, further attesting a prehistoric presence in the vicinity which also includes lithic finds from the upper Palaeolithic, Mesolithic, and Neolithic periods. Maps from the 19th century indicate that the site had been pasture until the erection of a village hall in the 20th century, which subsequently became a small church.

The watching brief revealed a layer of topsoil between 0.20m and 0.50m thick which directly overlay a thick deposit of sub-angular limestone cobbles which was reduced by up to 0.80m during the course of the watching brief. No cut features or finds were revealed at or below this interface, and the site was deemed to be entirely archaeologically sterile.

The full report is available on the Archaeology Data Service website: https://archaeologydataservice.ac.uk/archiveDS/archiveDownload?t=arch-700-1/dissemination/pdf/greenlan1-76156_1.pdf 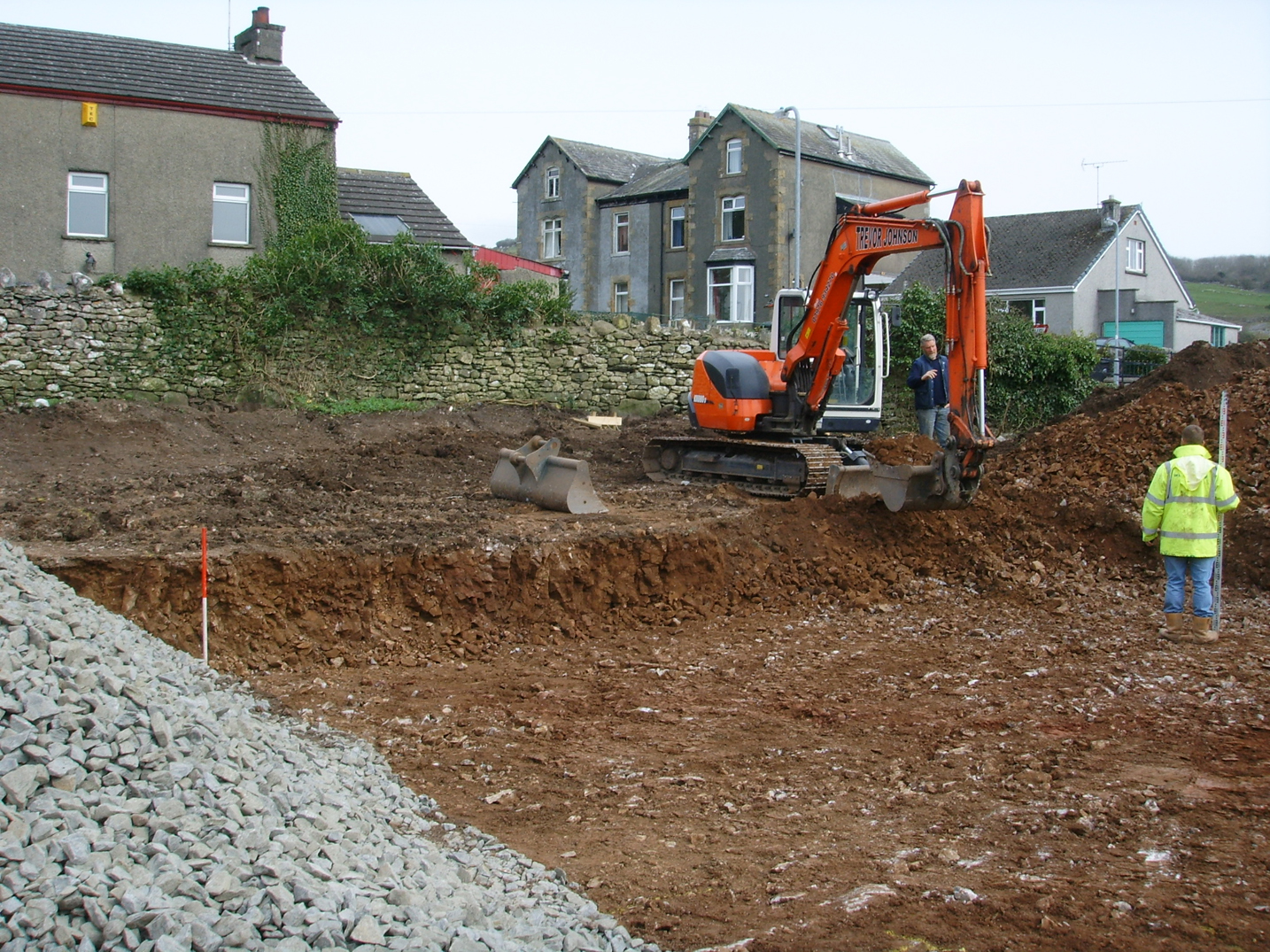