Following the submission of a planning application for the construction of a hotel on the site of the former Barrow police station, Market Street, Barrow-in-Furness, Cumbria, Greenlane Archaeology was commissioned to carry out a desk-based assessment and archaeological evaluation of the site. The site lies to the west of the original village from which the present town of Barrow-in-Furness developed and was largely undeveloped until the mid-19th century when Duke Street and Market Street were built. The south-east end of the area, now an access road, was built over with terraced houses, but these were cleared when the tramway was created along Michaelson Road, which was completed at some point between 1873 and 1891. A fire engine station, proposed in 1881, was built at the north-east end of the area by 1891 but had been demolished by 1933. The area of the open market, to the south of the fire engine station in 1891, was partially built over by 1913 and had open-sided buildings covering much of it by 1933. The police headquarters and magistrates court, much of which was newly built, was opened in 1958, although the cells to the south-west of the magistrates’ section possibly included earlier elements from the buildings at what used to be the north-east end of the open market. It is recorded that a time capsule was placed under the foundation stone at the time, containing, amongst other things, plans of the building, a truncheon, and a pair of handcuffs. 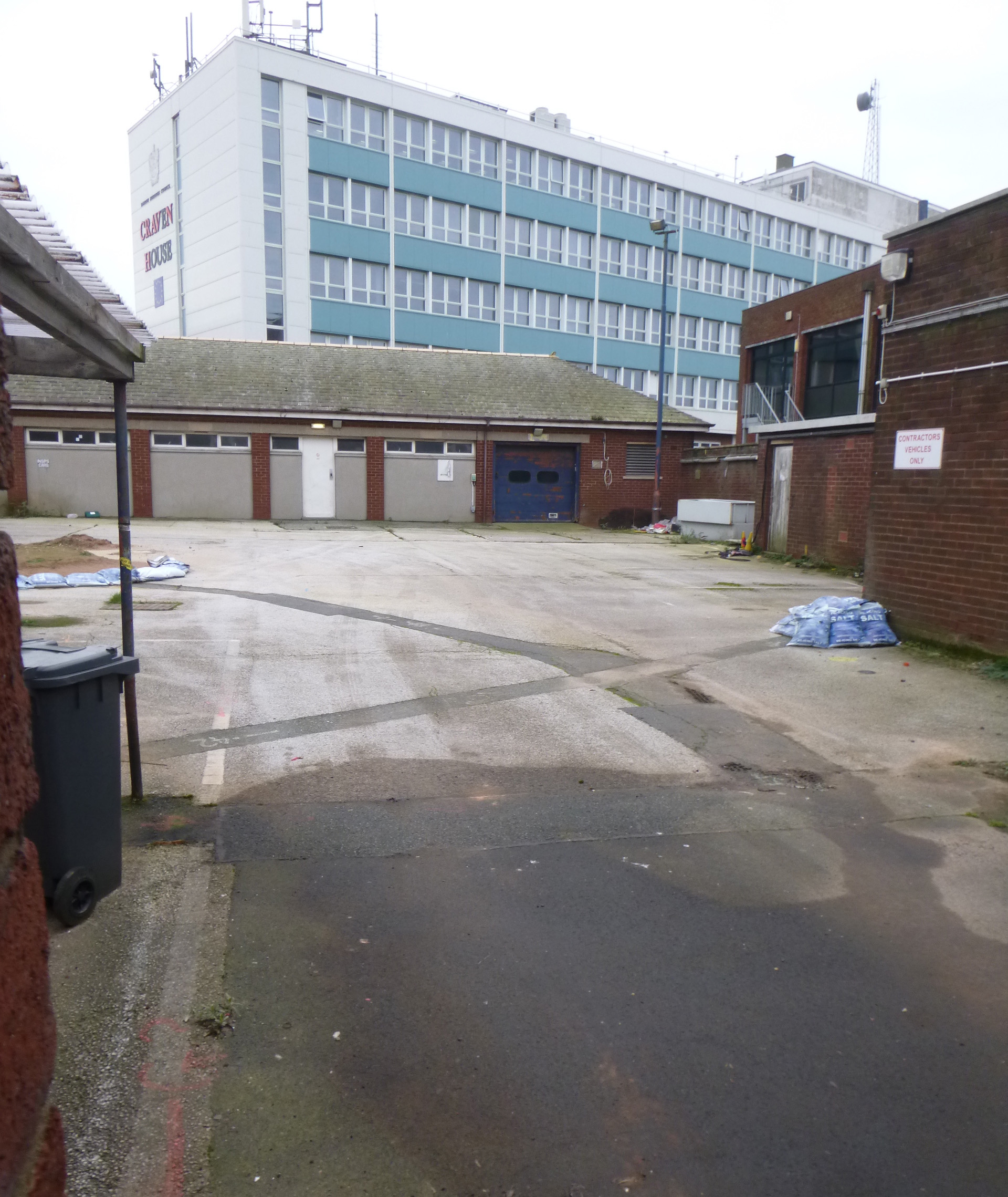