Following submission of a planning application for the construction of a hotel on the site of the former Barrow police station, Market Street, Barrow-in-Furness, Cumbria, Greenlane Archaeology was commissioned to carry out a desk-based assessment and archaeological evaluation of the site. The desk-based assessment was completed in 2017, and this report deals with the archaeological evaluation.

The site lies to the west of the original village from which the present town of Barrow-in-Furness developed and cartographic evidence demonstrates that this was largely undeveloped until the mid-19th century when Duke Street and Market Street were built, although a track crossed the south end of it from at least the 1840s. The south-east end of the area, now an access road, was built over with terraced houses, but these were cleared when the tramway was created along Michaelson Road, which was completed at some point between 1873 and 1891. A fire engine station, proposed in 1881, was built at the north-east end of the area by 1891 but had been demolished by 1933. The area of the open market, to the south of the fire engine station in 1891, was partially built over by 1913 and had open-sided buildings covering much of it by 1933. The police headquarters and magistrates court, much of which was newly built, was opened in 1958. The wider area contains evidence for human activity from the end of the last Ice Age onwards, although relatively little preceding the post-medieval period is recorded from within the centre of Barrow-in-Furness itself.

The evaluation comprised three trenches and was undertaken by Greenlane Archaeology in June and August 2018. In Trench 1 the natural boulder clay was encountered below the current flag floor and a dumped deposit containing post-medieval finds, through which were cut two irregular linear features of recent date filled with loose gravel and with concrete in their bases, which probably relate to the construction of the police station in 1958, and a shallow irregular pit containing late 19th to early 20th century domestic rubbish and industrial residue. In Trench 2, beneath a number of deposits relating to the successive development of open yards and a deposit containing a lot of dumped 19th century rubbish, a large linear feature was revealed filling almost the entire trench. This seems to have been filled quite quickly – the single piece of medieval pottery recovered from its fill is probably residual, and the map evidence indicates that it corresponds to the line of a road shown on early maps of the site. In Trench 3 a haematite-rich deposit was revealed at the north-east end, which presumably derived from the ore yards in Barrow in the early 19th century, and the rest of the trench was dominated by structural elements relating to the former police station, which had almost certainly truncated any earlier remains.

Despite the construction of the police station, there were still earlier deposits surviving on parts of the site. Although none of those encountered are likely to be earlier than the 19th century, they still provide interesting information about the development of Barrow-in-Furness from a small medieval village into the present town. 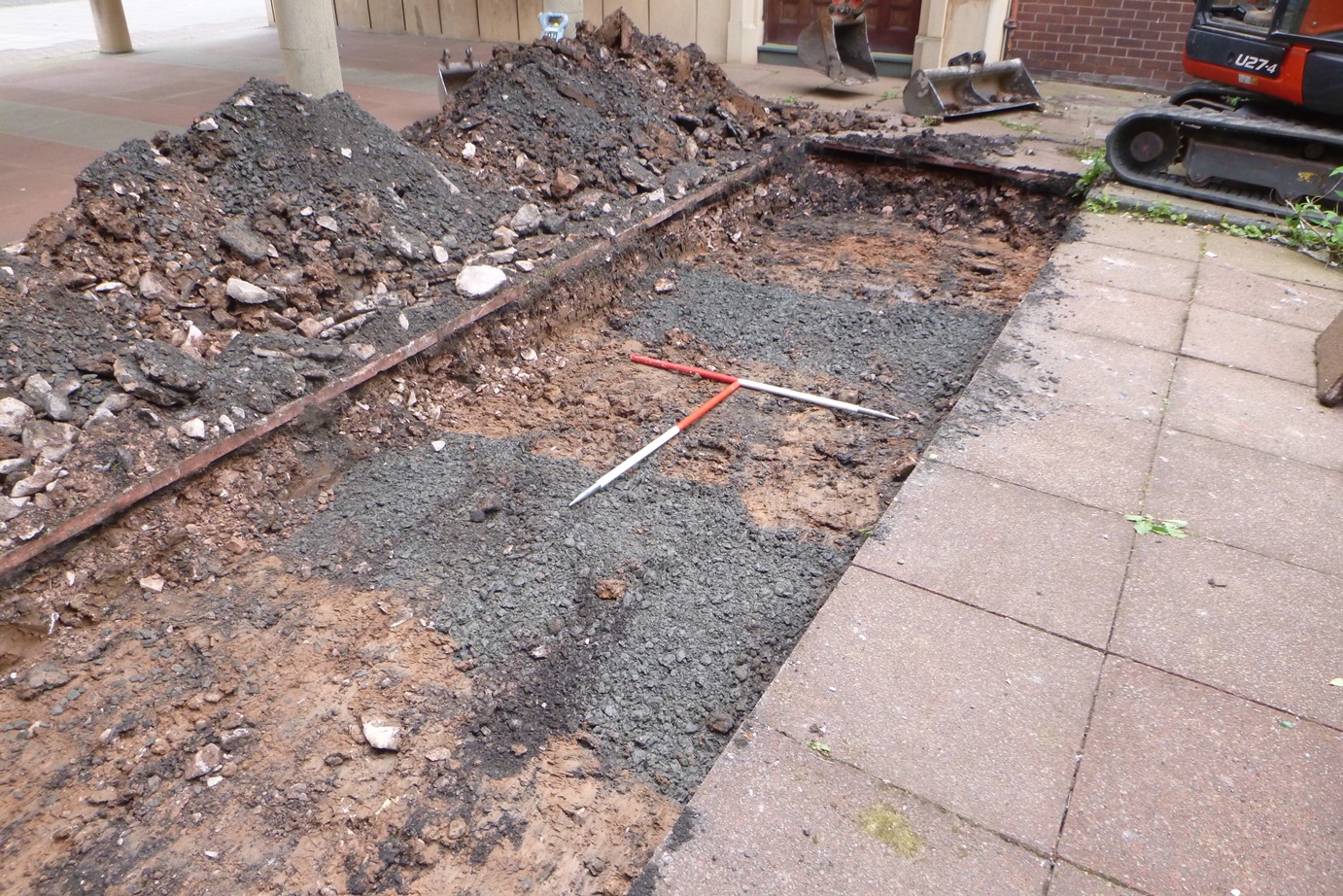 Features exposed in the courtyard 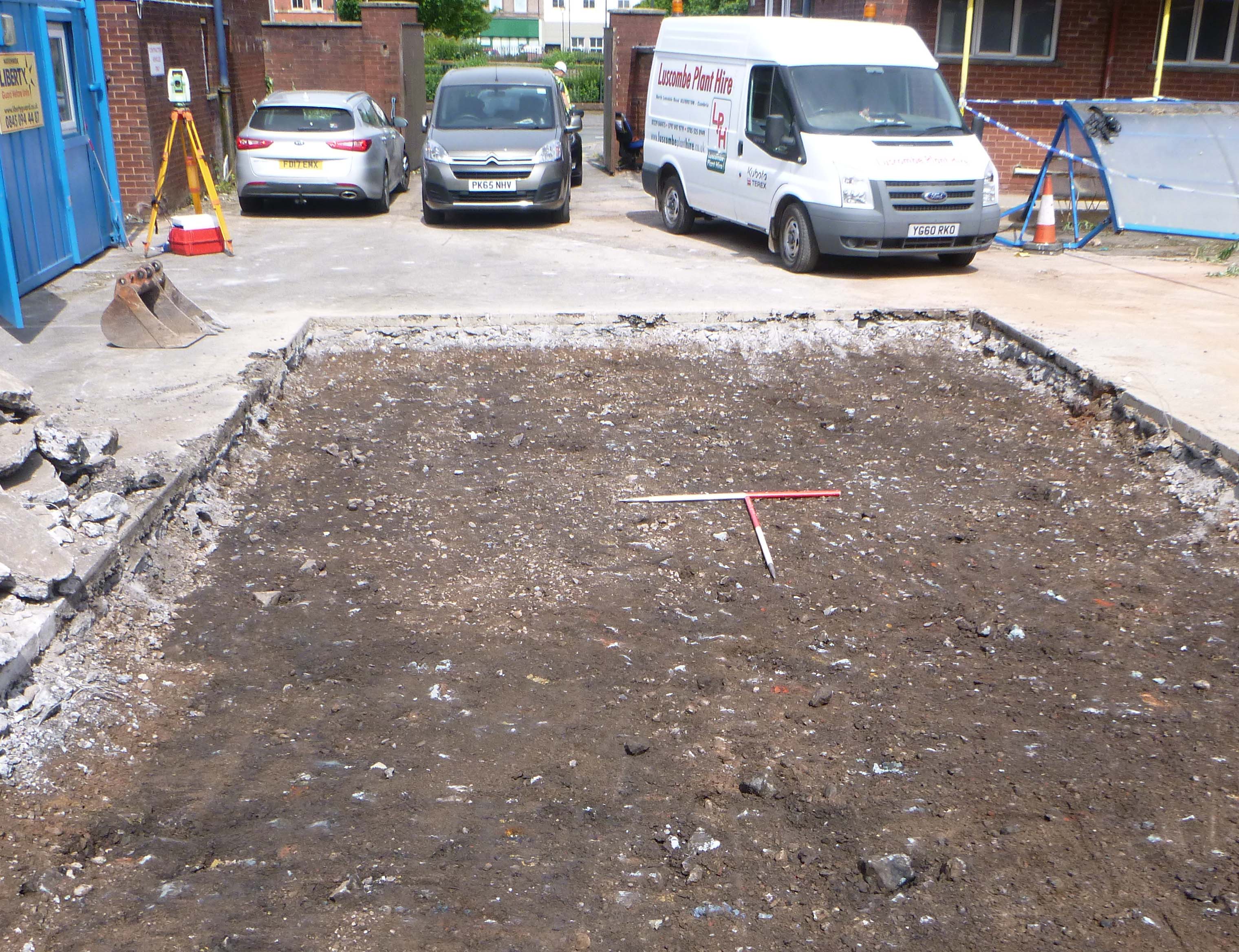 Tarmac stripped in the parade yard 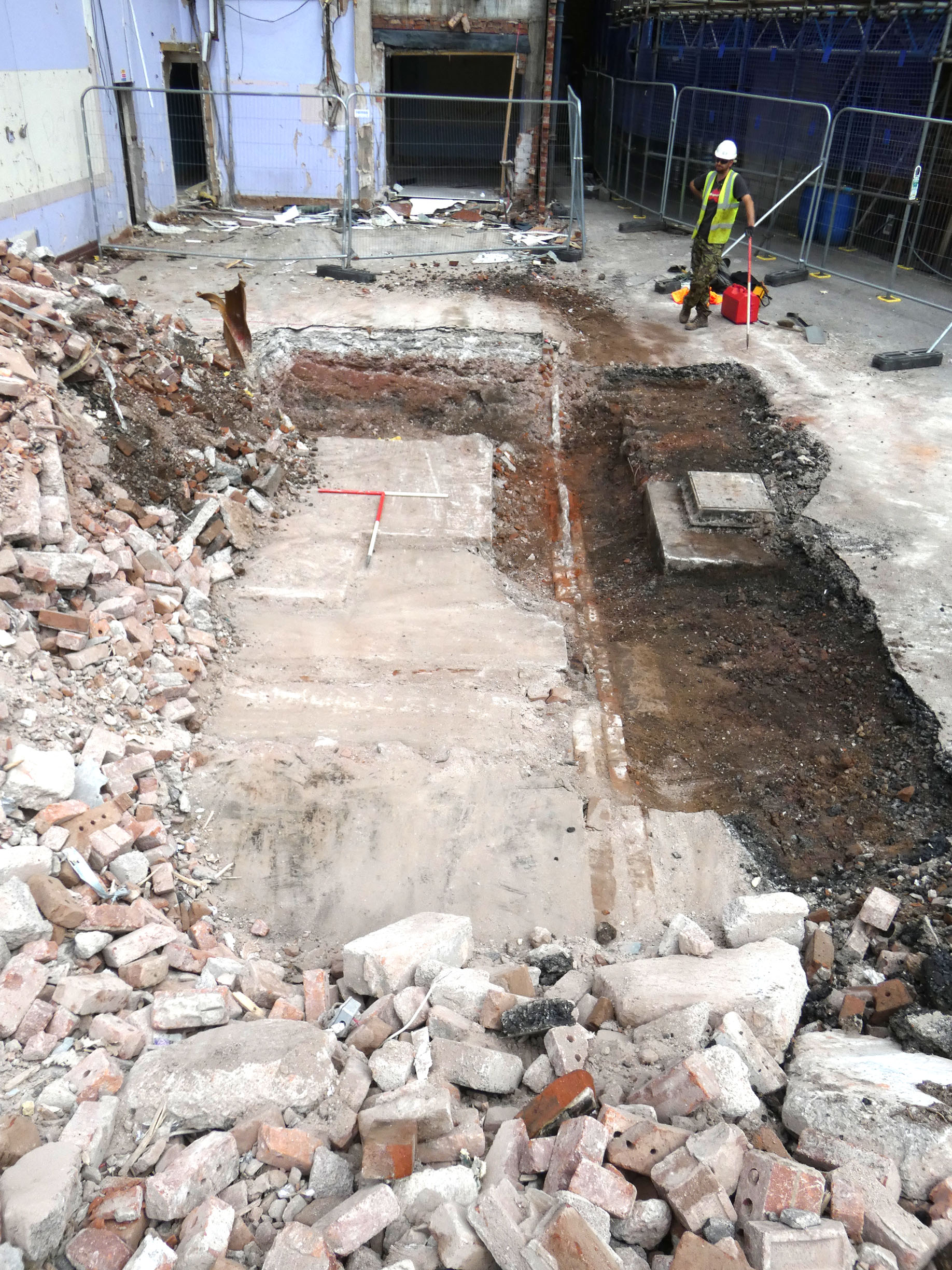