Prior to the submission of a planning application for the proposed redevelopment of the site of the former police station, Ulverston, Cumbria, for housing, Greenlane Archaeology was commissioned to carry out a heritage assessment. This is intended to determine what the heritage potential of the site is and what the likely impact any redevelopment of it would have, and was principally carried out through the examination of data held in the Historic Environment Record, the local archives, and published local and regional histories. This established that the site had originally been occupied by Neville Hall, a possible pele tower of medieval origins that formed the focus of a small manor. Neville Hall was sold into private hands in the late 16th century and later used as a workhouse before the site was redeveloped in the late 19th century to provide a police station and courthouse. The map regression shows how from the late 19th century the site developed from part of the estates belonging to Neville Hall to become the police station, with elements designed by the Ulverston architect JW Grundy.

Following the submission of a planning application for the partial demolition of buildings that had originally made up the former police station and courthouse and the reuse of the surviving elements of these in the proposed development a request was made by the Conservation Officer at SLDC that the buildings be subject to archaeological recording. Greenlane Archaeology was commissioned to carry out this work, which was undertaken in September and October 2021. The superintendent’s house, known as Neville House, which was on the footprint of the earlier Neville Hall, is now in separate ownership and not part of the current proposals.

The building recording demonstrated that while much of the original fabric, principally the decorative stonework, has survived in the external elevations, internally the buildings have been subject to considerable modernisation, which has removed much of the internal decorative detailing such as the fire surrounds, although some cornicing and original plaster remains.

Six phases of development can be identified within the building, most of which can be closely tied to documentary sources including the original plans for the construction of the different elements of the police station. No evidence relating to the structures predating its construction was present, with the exception of the datestone of 1618 with the initials WC, which was undoubtedly originally located within Neville Hall and relates to the Corker or Coward family, both of whom occupied the site at that time. The most significant surviving elements of the building are the external elevations of the police station and courthouse, principally the north-east of the police station and the north-west of the courthouse, both of which will be retained as part of the current proposals. It is also recommended that the datestone of 1618, which is in one of the sections due to be demolished, be retained and presented to an appropriate museum. 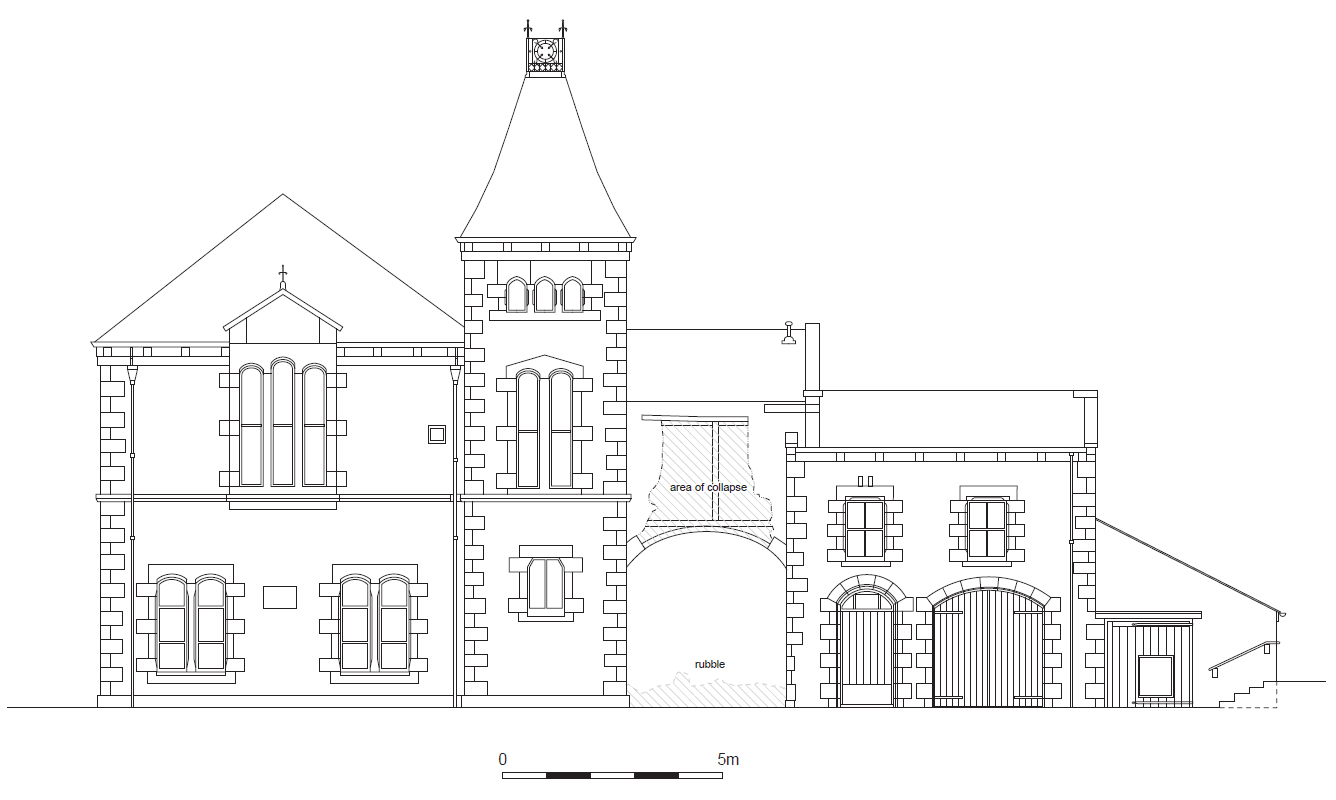