A planning application was made to build five dwellings on the site of the former Stanley Street Garage, Stanley Street, Ulverston, Cumbria (SD 2854 7862). After a recommendation by Cumbria County Council Historic Environment Service, South Lakeland District Council placed a condition on planning consent requiring a programme of archaeological assessment. The first phase of this was to consist of an archaeological evaluation and a desk-based assessment. The work was carried out in June 2006 by Greenlane Archaeology.

Based upon the findings of the evaluation, which included a metalled surface of apparently medieval date, a brief was issued by the Assistant Archaeologist for the excavation of an additional 25 square metres to further characterise the deposits found. The excavation work was carried out in September 2006.

Stanley Street is situated on the north side of The Gill, which is thought to have been one of Ulverston’s medieval market places. However, while the town is thought to have its origins in the early medieval period, The Gill is likely to have developed some time in the following centuries.

The excavation revealed that the underlying drift geology and bedrock was present at a depth of between 0.4m and 0.5m below the level of the modern overburden. The bedrock was covered by a thin layer of pinkish silty clay which was overlain by a stony deposit that was encountered in the evaluation; this deposit was up to 0.40m thick and was the reason for the additional excavations. The stony deposit appears to be a series of stone dumps to consolidate the ground and may well represent the route of a well-used path or track. It appears that that the natural glacial tills are absent in this part of the site and the stone has been introduced to level the eroded ground surface, the bedrock below being a rough and uneven surface. Pottery found within the stony deposit is of a medieval date. A layer of truncated subsoil was present above the stony deposit and this was post-medieval in date.

The full report is available on the Archaeology Data Service website: https://archaeologydataservice.ac.uk/archiveDS/archiveDownload?t=arch-700-1/dissemination/pdf/greenlan1-22380_2.pdf 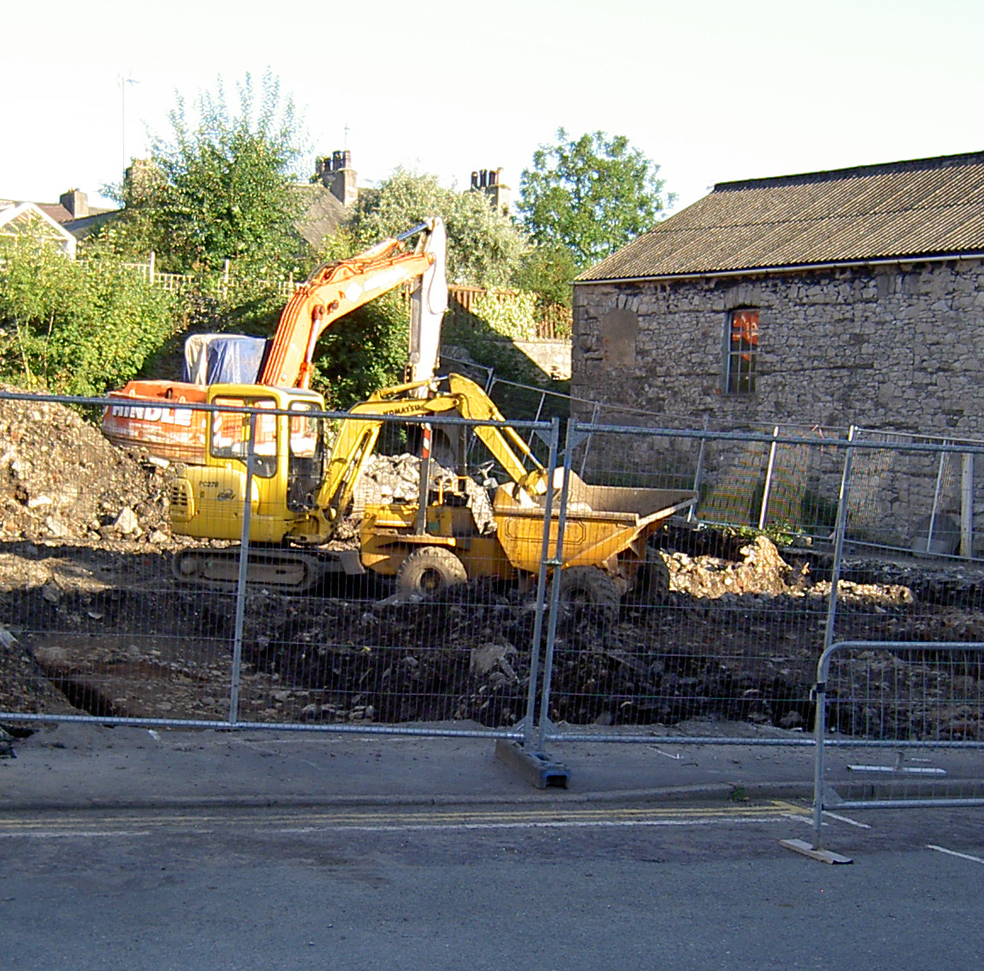